Tennis Courts III (NERO and Nieves, 2018) is the new book by Giasco Bertoli. Dominique Gonzalez-Foerster met him and asked him a few questions. On the occasion of the book release, Villa Médicis Académie de France à Rome hosts a talk between the Swiss photographer and curator Luca Lo Pinto on 22 November 2018 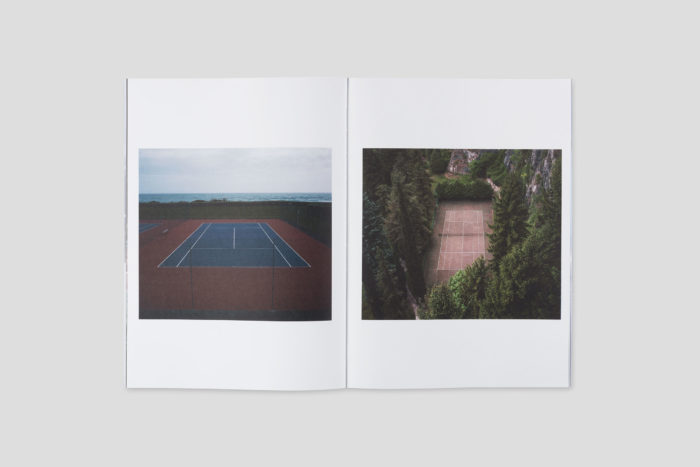 Dominique Gonzalez-Foerster: So, why tennis courts?
Giasco Bertoli: This work came about by chance. Early 2000 after I’d moved to Paris, I was back in Switzerland, walking in the woods near were I grew up and I came across an abandoned tennis court. I photographed that one. That’s where it started.

The first?
In the Southern of Switzerland, with no net, and dead leaves. 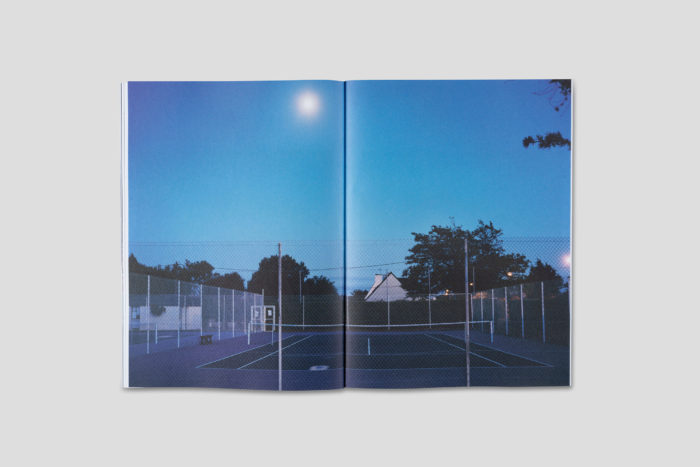 Is there any relationship with cinema?
In general I think about images from my adolescence and also think of the visual experiences I’ve had with film as an experience of real life.

The strangest?
All those that are like the ghosts of a tennis court, with faded markings and sagging nets, where too many seasons have passed and not enough care has been given to them. 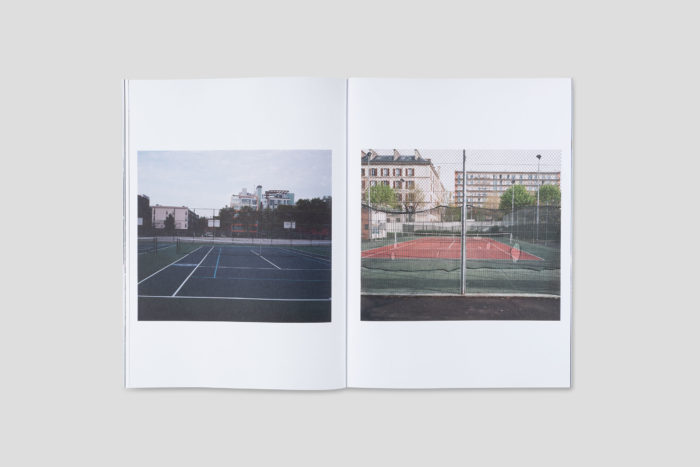 Other playgrounds?
I really like rinks, as a teenager I used to play ice hockey.

Who are you favorite tennis players?
Today, the Swiss Federer and the Japanese Osaka. 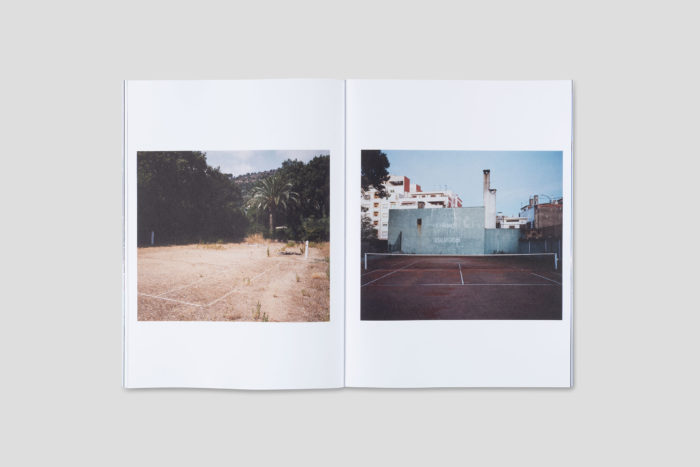 Are all your photos of tennis courts without players? Why?
Yes all the courts are deserted, I see them as landscapes or still lifes, without people.

What is photography?
A photograph is what it is…It wouldn’t make any sense to explain it. Kind of diminished it. People always want to know when something was taken, where it was taken. It gets ridiculous. I mean, the pictures are right there, whatever they are. In their own way, they exist by themselves…or not at all. 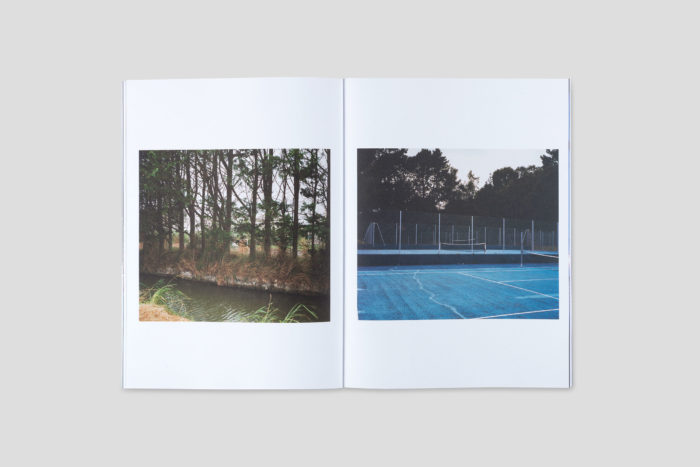 Dominique Gonzalez-Foerster (1965, Strasbourg) is a French artist and an influential figure in international contemporary art. She is known for her great variety of work in video projection, photography, and spatial installations. She has worked in landscaping, design, and writing.
Giasco Bertoli is a photographer and filmmaker, working in Paris since 2000. The cultural currency of his work, since the 1990s, has focused on sports, cinema, youth, music, sexuality, nostalgia, humor, and history. He has published five books and is a regular contributor to various international publications.
CinemaContemporary ArtTennis
Badlands Unlimited (Act 1)

Art / Exhibition
Body / Building is a group exhibition reflecting on the concept of urban space not only as a given, physically defined space