Ostia. 1996. Rave Party. A guy wears a white t-shirt with a drawing of a prohibition sign over a tree. He plays music from a laptop open next to him. The beat goes at 180bpm. The consolle is hiding behind the sound system that obstructs the audience’s gaze. His name is Radical Fiction. Kids in Rome, for instance, don’t eat fruits.

In the 90s, kiwis become a hype in Rome. Inasmuch as Husky dogs, slowly taking over the Boxer. Although not so often, you can still meet some nowadays, when spring comes. While the owners are smoking or drifting away behind their spectacles, they walk slowly with their dried nostrils and watery eyes. The old Roman Boxers warmed up by the first sun rays of dawn, suspended in the reassuring perfume of Rome’s jasmine and wistaria.

If you can’t be on top, it’s enough to stare at the mountains. It’s “the top” the way it is.
Mountains are good for the gaze cause they’re high. They stretch it.

Religion enabled mountains to remain virgin for a long time.
Mountains were first interpreted through God’s thought, and only after through man’s.
There is a constant exchange of views between the city and the mountains.
The construction of landscape on the mountains was born through time and different languages, such as art first, and architecture after.

At the beginning of 1900, men had to be preferably excluded from mountains’ representation, both in photography and moving images. Human forms break alpine solitude.
At the beginning of 2000, Go Pro markets its first video camera. Go Pro. Go Everywhere. The man is the camera, as suggested by William S. Burroughs.

Many sci-fi movies are settled in a future where the landscape is the result of the struggle man-versus-nature.
Man wins, nature is extinguished.
Nature wins. Metropolis are flooded and either the jungle or the desert are swallowing cities.
Men can choose to either go back and live according to tribal habits and customs, or to abandon the Earth and escape to outer space. Here men can start all over with the help of a greenhouse they took with in the spaceship.

What one feels when listening to dance music in the speaker loud beat is similar to the feeling one perceives when looking at the mountains, at altitude. The gaze has the same rhythm of an extremely silent—straight sound system. The rhythm of dance music is the same as hiking. The repetition of sounds and forms acting as a rising progression, rising to loop again.

The end of 1900 sounded like music privileging rhythm over lyrics. Maybe we have missed big events’ collective emotions, and songs to be sung together. But when a short century is over we must deal with it. Usually House music lyrics are short and repetitive.
The soundtrack of the tv show In The Mountains is The Whistle Song by Frankie Knuckles mixed to T.S. Eliot’s voice reading an excerpt from What The Thunder Said, the fifth movement of the poem The Waste Land.

The dj foresees the audience taste like a curator does in contemporary art. The art of keeping up with time at the right tempo. Today hikers travel by helicopter in alpine style as well as djs do on New Year or during the festival season.

I remember these industrial warehouses rumbling to the techno beats. Military uniforms used to be very fashionable. The colour was black. Everyone wore the Alpha bomber jacket. Then, in the second half of the 90s, North Face jackets came along with the decline of the scene. North Face. Now warehouses are dismissed but outside everything is North Face.

Smiles slipped out of pills to set themselves comfortable into our phones. Before they spoke dutch and polish. Now it’s about who’s going to include them first, whether the dictionary or the encyclopedia. Anything else is sport and Black Metal.

2014. Save your future, change your past. X-Men become election candidates. Clubs in Ibiza are empty because this summer djs are playing in museums and curators at parties.

A future’s look in the present to a place in the past.
Driving an electric car, smoking marijuana, showcasing sneakers in libraries, rather than books, which end up in a drawer or in a USB stick.
Some will stick around. The Complete Works by Eduardo de Filippo will be published by Adidas rather than Mondadori. The only printed edition of the Divine Comedy available on the market will be published by Gucci. Fashion is the future of the publishing industry. 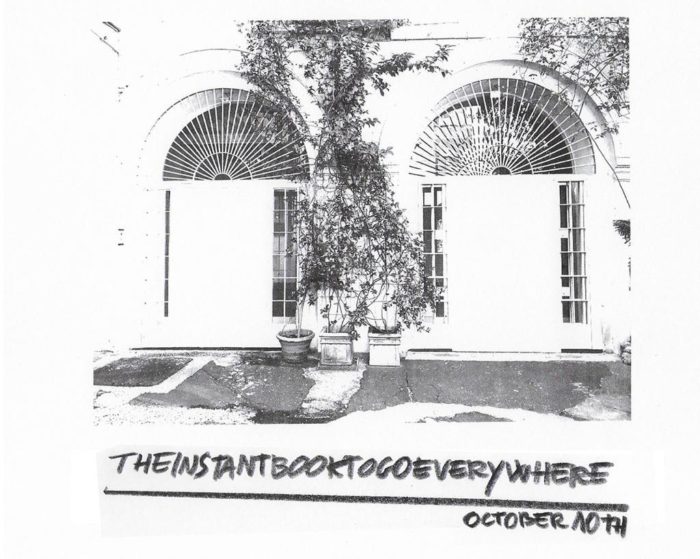 The church will lose followers, and the image of a power so overtly straight will be no longer defendable as a valid alternative to sustain men’s journey.
In space they have rebuilt the Amnesia first, and then the San Francis Basilica.
The only straight faith in the in the future will be for a football team.

Technology is like a well trained parrot, able to duplicate and reproduce any code. Especially their own image.

If Luigi Russolo had to compose Risveglio di una città today, he would build from the start an intona-rumore to reproduce parrots’ call.

I fell asleep sinking in horrible nightmares, one different from another, yet overlapping. Memories of numerous dreamlike thresholds where I got lost before drowning in the black sea of murderer divers, fading and confused. There were children attending some sort of costume party, Spanish dudes in short trousers selling cocaine, my mother asking me whether my tattoos could be removed and other events and characters mixed together, shuffled by an evil croupier always winning the game.”

Art / Exhibition
A look into the current artistic Italian production, in which narration is a chance to put speculative thought into practice
Italian Southern Gothic #1: Black Sun