Italian Southern Gothic is a series of articles on how a hypothetical black Mediterranean imagery survives, hiding under the blanket of Latin clichés and vacation stereotypes, and how this is deeply embedded in the Mezzogiorno unconscious.

In 1954, Alan Lomax landed in Italy, in an event that resulted in a crucial step in his career as a scholar. Accompanied by local ethnomusicologist Diego Carpitella, Lomax spent nine months exploring music, sounds and traditions of the most remote villages of the peninsula, especially in Southern Italy—the so-called Mezzogiorno. The result of their research shook the Italian cultural environment of the time: from the recordings of Lomax and Carpitella a piece of Italy suspended in limbo emanated, something like an ancient and dark planet that barely paralleled the picturesque folklore usually evoked in the holographic representations of the rural South.

Far removed from the sunlit atmosphere typically associated with the Italian folklore, the recordings that Lomax and Carpitella captured on tape were raw music and voices, which seemed worn, carried by dust and the suffocating breath of a relentless sirocco. In their mission through the countryside of Basilicata, Salento and Campania, the two musicologists literally revealed the sinister soul of Southern Italy, together with a tangle of archaic superstitions, pagan-like Christian cults, and ritual practices going back for centuries. Together, they sunk into the darkest interiors of the Mediterranean psyche.

The Lomax expedition laid the foundation for a veritable Italian Southern Gothic genre: a sort of dark negative of those romantic hagiographies commonly associated with the Mezzogiorno since the 17th Century Grand Tour.

In late 50s Italy, the quest inaugurated by Lomax and Carpitella provided inspiration for essays such as South and Magic and The Land of Remorse, both written by the anthropologist and historian Ernesto De Martino. In turn, in rough black and whites seemingly corroded by the heat, documentary makers such as Luigi Di Gianni, Gianfranco Mingozzi, Vittorio De Seta and Cecilia Mangini drew a sexually and socially morbid world haunted by irrational feelings, demonic fantasies, unexplained fears, and a sense of guilt so excruciating it overflowed with insane babbling. It was a piece of the Mediterranean that had nothing in common with those postcards where Southern Italy appeared as a colorful succession of beaches, food, bella vita and dolce far niente. Rather, this South was an arcane land built of menacing states of mind and chthonic mysteries: as narrated in Mingozzi’s documentary La Taranta (1962), a land “crazed by sun and solitude” where “man walks on shrubs and clay…”

Unintentionally, the Lomax expedition laid the foundation for a veritable Italian Southern Gothic genre: a sort of dark negative of those romantic hagiographies commonly associated with the Mezzogiorno since the 17th Century Grand Tour. Here, instead of a placid symbol of a relaxed endless summer, the sun becomes a tyrannical presence capable of confusing reality and turning each shadow into a violent hallucination; the languor of the hot days by the sea is replaced by oppressive heatwaves; the silent countryside populated by nothing but dry stone walls and withered olive trees, becomes an omen of hysteria; and religious practices combining millennial cults and obsessed visions, acquire heavily occult, esoteric, if not devilish nuances. Even the slapstick mask of Pulcinella emanates feverish, intimately diabolical vibes.

In this series of articles, we will try to understand how a hypothetical Italian Southern Gothic survived, hiding under the blanket of Latin clichés and vacation stereotypes, and how this imagery is deeply imbedded in the Mediterranean unconscious. Through cinema, music and iconography, we will explore phenomena such as Sole Nero and Psychedelic Neorealism. In the asphyxiating mugginess of the Mediterranean summer, we will walk through ghostly wastelands rather than romantic sunsets on serenaded beaches. Through simultaneously modern and ancient memories, we will pay a last visit to that Land of Remorse where “each stone has been creaking and corroding for centuries.” 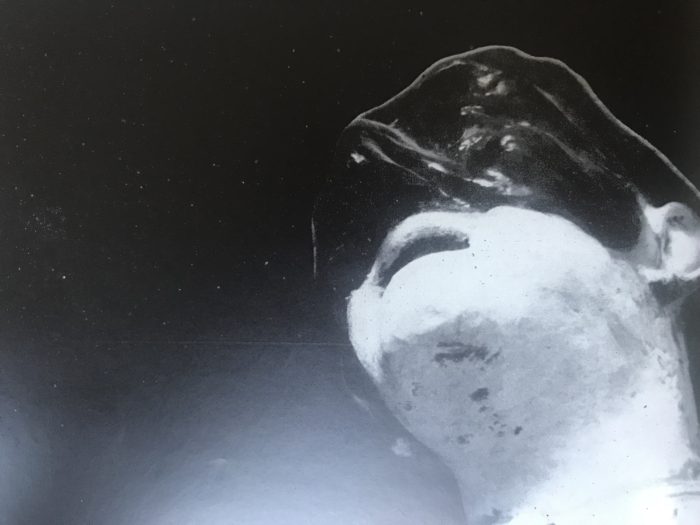 Jim Jupp is the founder of the quintessentially hauntological record label Ghost Box (together with Julian House) and the man behind Belbury Poly, whose last album New Ways Out was released in 2016. Mai Mai Mai is the okkult brainchild of Italian musician Toni Cutrone from Calabria, and his last album is Phi (Boring Machines, 2016). In the first issue of this series we asked them to comment on a few tracks which we think perfectly describe the Southern Gothic vibe of Italian Mezzogiorno, illuminated by the Black Sun haunting the Mediterranean subconscious.

Mai Mai Mai: I grew up in Calabria in a East coast town: when I was a child this kind of music was already considered as some “old folkish stuff” not common at all. But actually I have memories of those rare times I had the chance to hear and see people singing traditional songs: I was up in the mountains (on the Sila plateau) and there were these really old women and men, who seemed to me centuries-old—if not dead already. I found them literally FRIGHTENING and fascinating at the same time. Nowadays, it is quite hard to find any genuine expression of traditional music from Calabria: the genre ended up being mostly “segregated” in folkloristic exhibitions for tourists.

Jim Jupp: I’m not familiar with this tradition at all, but that antiphonal choral sound instantly reminds me of Bulgarian folk. To my ears, it has a similar otherworldly quality. I guess there might be some shared roots? I think many northern Europeans would be more familiar with Bulgarian rather than Calabrian folk songs, mainly thanks to the success of the 4AD album Le Mystère des Voix Bulgares, that was such a hit in the 80s.

Mai Mai Mai: Although the Nuova Compagnia di Canto Popolare used to be quite huge here in Italy, as one of the main figures in the 60s and 70s “folk revival” scene, I never really liked them: probably because in the 90s, when I was a teenager, the band shifted more towards that World Music at its worst. What I heard during that period sounded pretty bad to me. Later on, I discovered their early work on Naples’ music heritage, and I must say they did a great job there in exploring ethnic and traditional material in their own peculiar way.

Jim Jupp: At first, this sounded to me like some post punk or art rock track from the late70s/early 80s. I was wondering if this kind of style comes from some traditional work song or something? I could imagine chopping wood to it anyway! Years ago, a Japanese colleague of mine introduced me to Okinawan folk music and I hear some superficial similarities to that as well.

Mai Mai Mai: Canzoniere del Lazio from Rome are a perfect example of the typical Italian 70s sound. Their first album was way more traditionally folk and overtly political, with tons of slogans and demonstrations songs. But then, they took a bunch of drugs, got more into experimental stuff, improvisation, free jazz and so on, and really sounded amazing. This is from their second album, right? That was a blast.

Jim Jupp: I guess these rock/jazz/folk fusions were happening all over the world at this point in time, but it is interesting to hear something like this, where I can’t really recognise any of the traditional elements—could it be my lack of reference points that make this sound more free and improvised than it actually was?

Mai Mai Mai: Yeah, the fucking great 70s’ Battiato. This is him messing up with an ancient organ in Monreale’s cathedral, in Sicily. I think the original session lasted for like 4 hours or so. I like the way he mixes Italian and Sicilian archetypes and minimalism, even if sometimes he goes too far, filling his music with philosophical messages and esoteric contents which sound too baroque and pretentious to me. Take this track for instance: what’s so “Oriental” about it?

Jim Jupp: Alright, I’m on a more familiar ground here. The mid 70s is definitely my favourite period within electronic music, but I guess this is mostly organ, isn’t it? So what I hear here is a weird cross between Terry Riley and Christian Fennesz! The mood doesn’t strike me neither as Italian nor “Oriental” though.

Mai Mai Mai: It sounds like Italian composers working on movie soundtracks and library music were having a blast in the 70s: you can sense it from that really incredible production that came out of it. What an amazing FUZZ on that guitar, by the way.

Jim Jupp: I love this. It sounds like quintessential Italian soundtrack music. I guess it has to do with the fusion of psychedelic sounds, like fuzz guitar and harpsichord with some Baroque chamber sensibilities. Italian library and soundtrack music of this period always seem to me so uniquely experimental, yet totally informed by classical and early music tradition. For me, this one really captures that combination of atmospheric music and beautiful photography, often totally outstripping so many 70s Italian horror and Giallo films’ screenplays.

Mai Mai Mai: Here we are with my beloved Macchi. A couple of months ago I went to see a choir performing his music: it was amazing, the energy and power of all those different voices, mixed with synth and electronics on one side, and acoustic instruments on another. This track reminds me of that performance. Thrilling…

Jim Jupp: This unveils another familiar trope in Italian soundtrack music – the juxtaposition of children’s choir and a more brutal rhythmic element. It is very effective and unsettling. I am reminded of my absolute favourite example of this in Morricone’s  Guerra E Pace, Pollo E Brace. Sorry but I couldn’t really get to the end without mentioning him!

Jim Jupp aka Belbury Poly is an English musician and, together with Julian House, the founder of Ghost Box.
Mai Mai Mai is a musician from Calabria currently based in Rome.
anthropologyelectronic musicFolk Music
String Figures and Narration Practices

Art / Exhibition
A look into the current artistic Italian production, in which narration is a chance to put speculative thought into practice
We All Need to Get Out of Here