Dreams have no titles

Red, green, and blue, these three color-coded issues chart the artistic journey of Zineb Sedira, culminating in her presentation for the French Pavilion at the 59th International Art Exhibition, La Biennale di Venezia 2022. A cross between a newspaper and a magazine paying tribute to such innovative Maghrebi publications of the 1970s as Les 2 écrans or Souffles, this generically hybrid publication is conceived as an alternative to the catalogue in the traditional sense.

Each issue refers to a city—Algiers, Paris, and Venice—that has played an important part in Sedira’s life and artistic formation. Sub-titled “Forms of Desire,” “Tools of Agitation,” and “Conserve, Show, Restage, Revivify” respectively, the three issues effectively reproduce the structure of a screenplay in three acts: set-up, confrontation, and resolution. They function as a space of encounter that brings together members of Zineb Sedira’s extended artistic and intellectual family. In featuring a plurality of voices, the journal echoes the networks of solidarity forged by artists, filmmakers, and cultural practitioners in the 1960s and 1970s—a period of prolific co-production between Algeria, Italy, and France—in an effort to create an independent political standpoint beyond and outside of past colonial structures.

Replete with artistic, cinematic, musical, archival, and political references, the three issues shed light on Zineb Sedira’s artistic practice, the processes that underpin her work, and the inspirations that have nourished it. They offer a glimpse behind the scenes of her exhibition at the French Pavilion.

The publication is also available in French language. 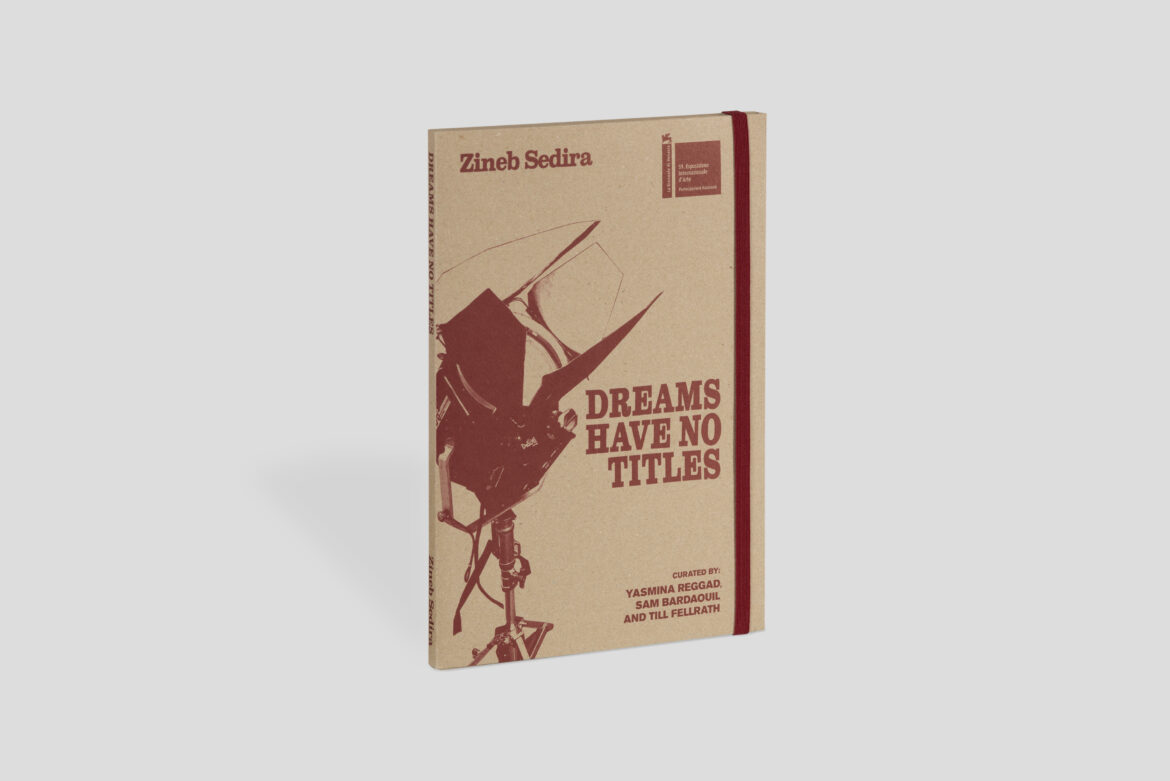 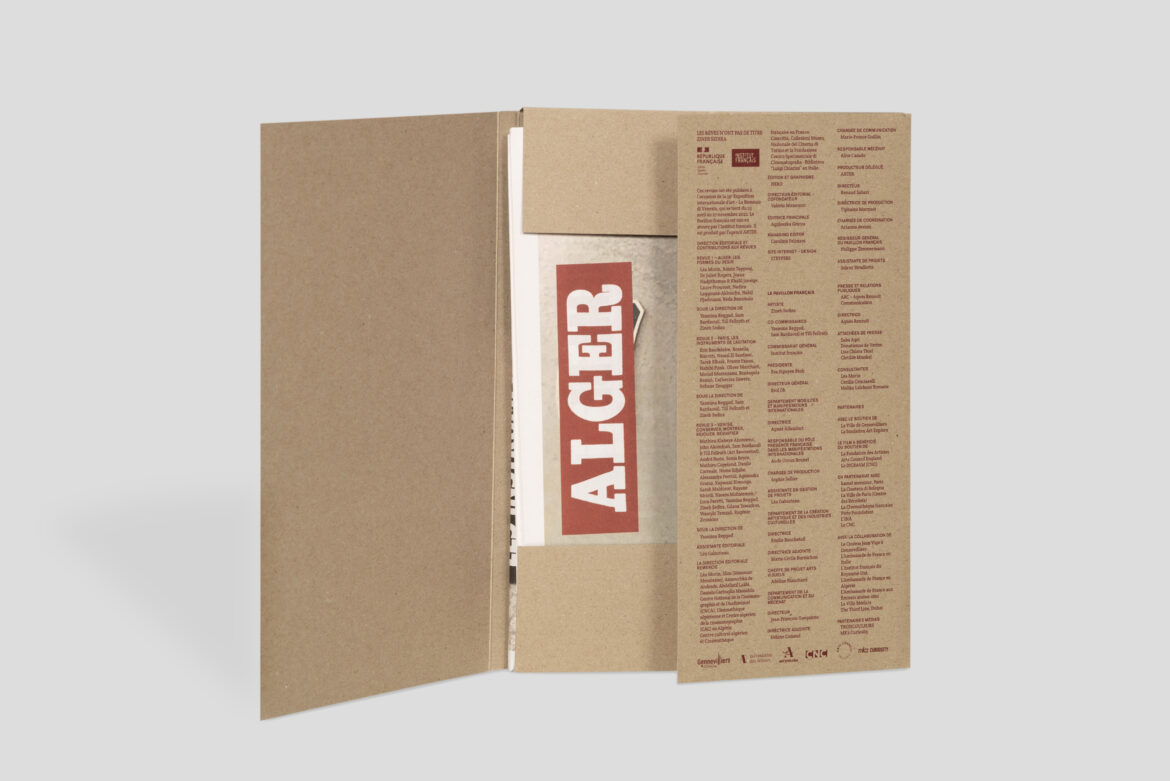 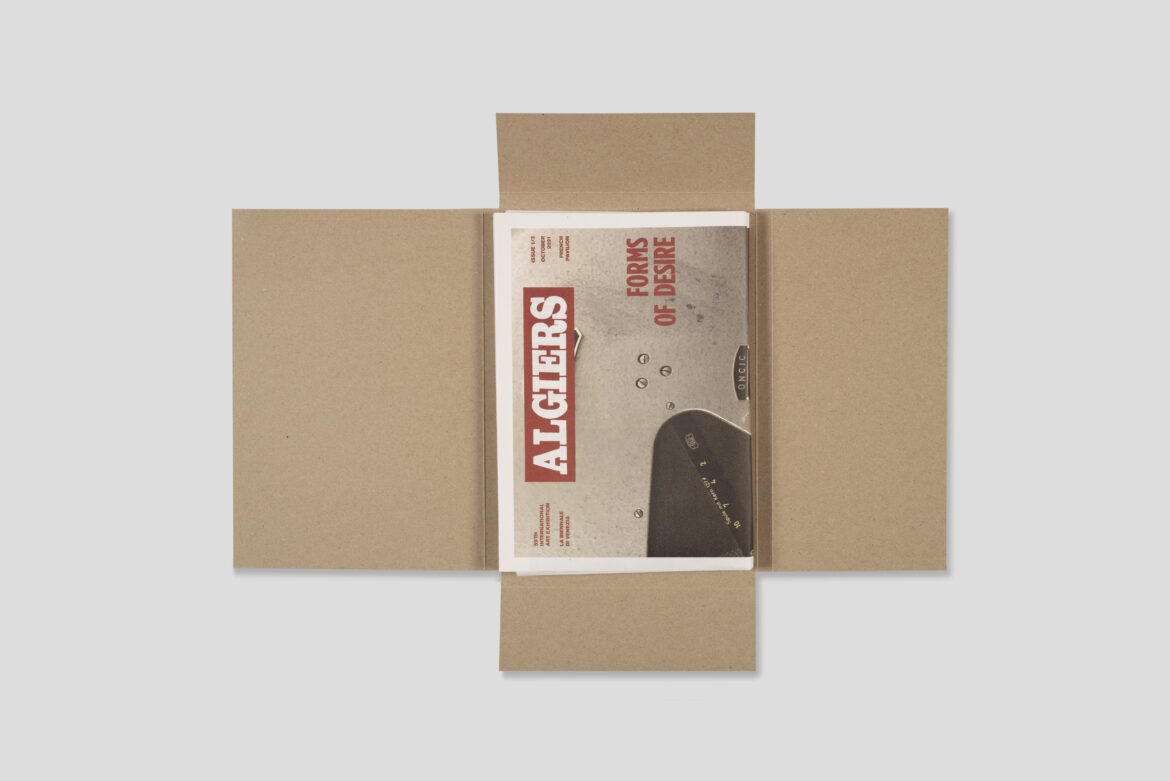 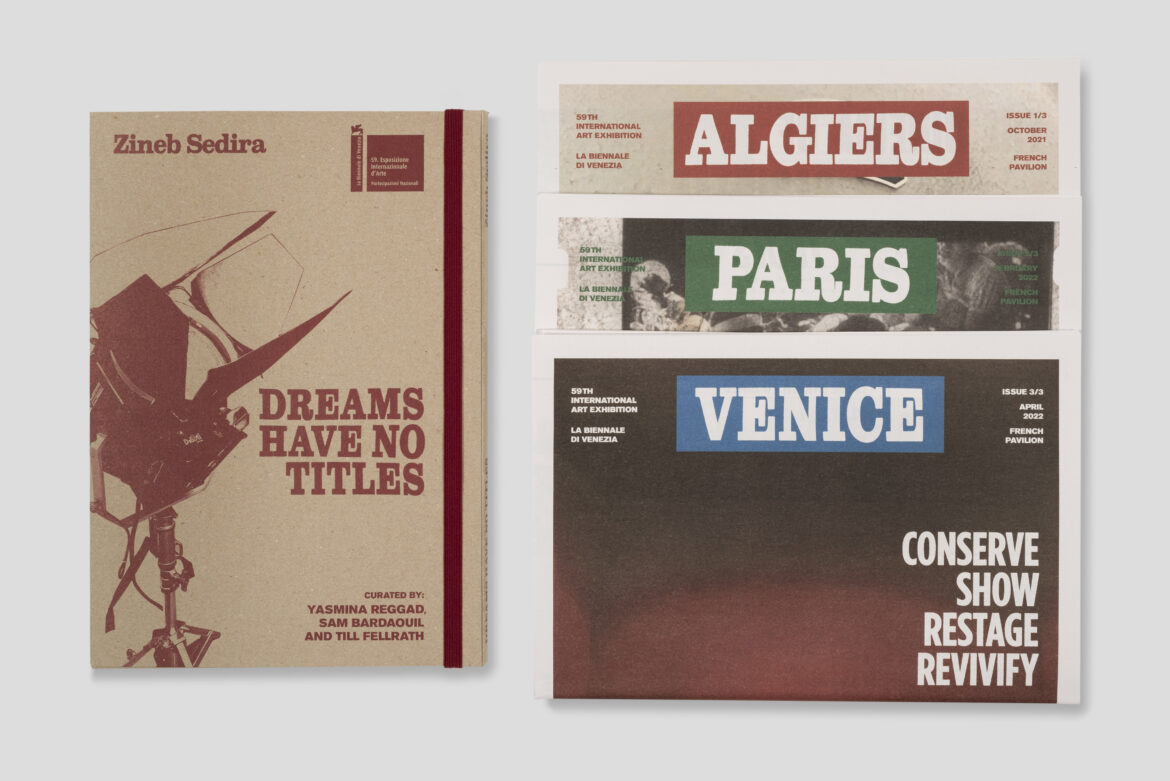 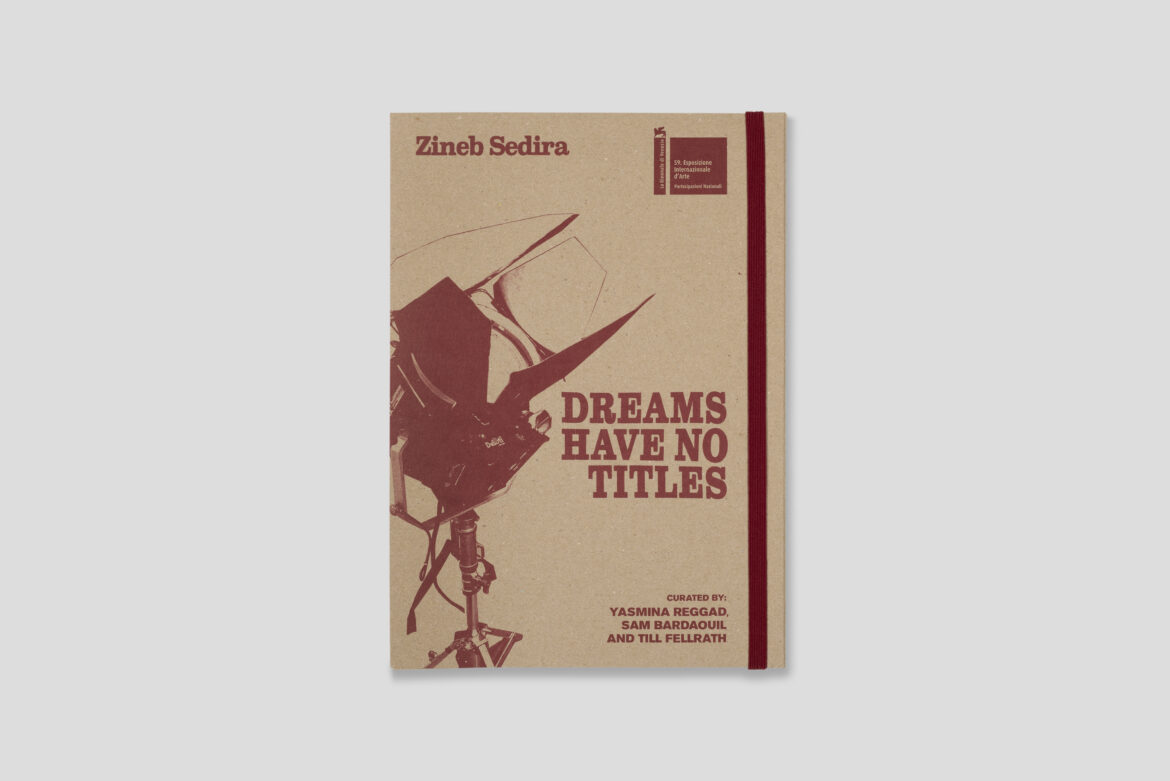 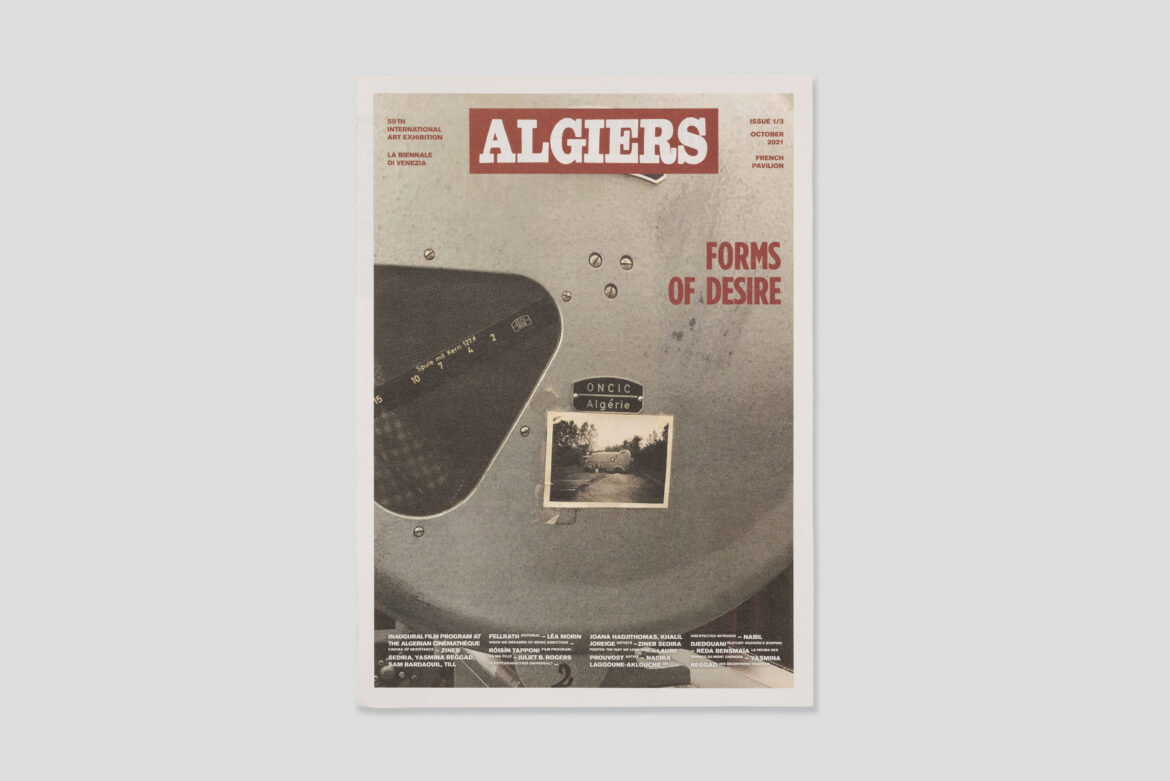 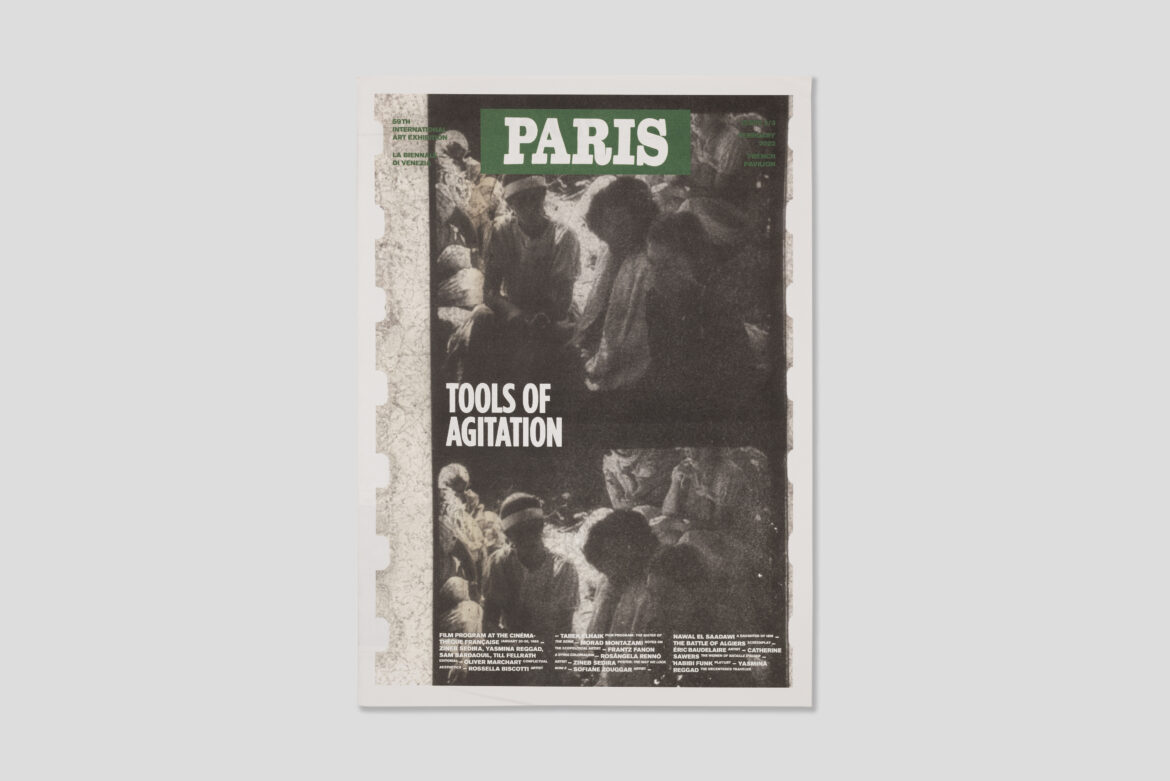 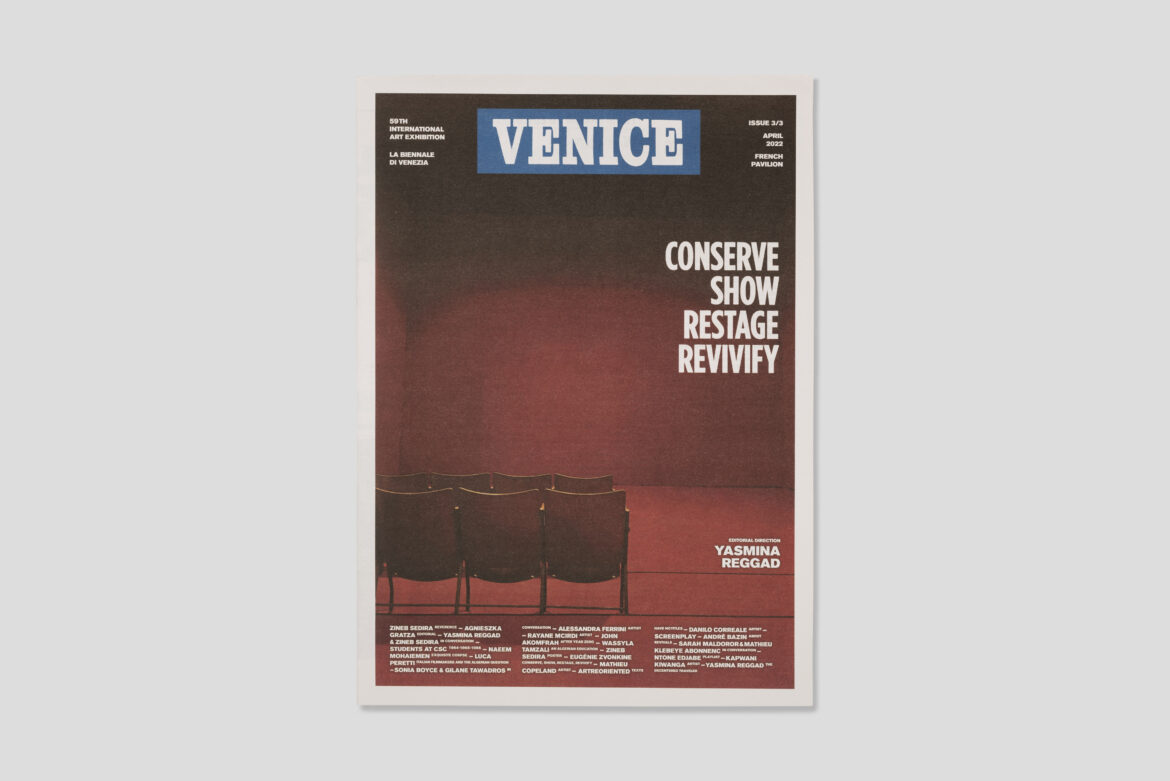 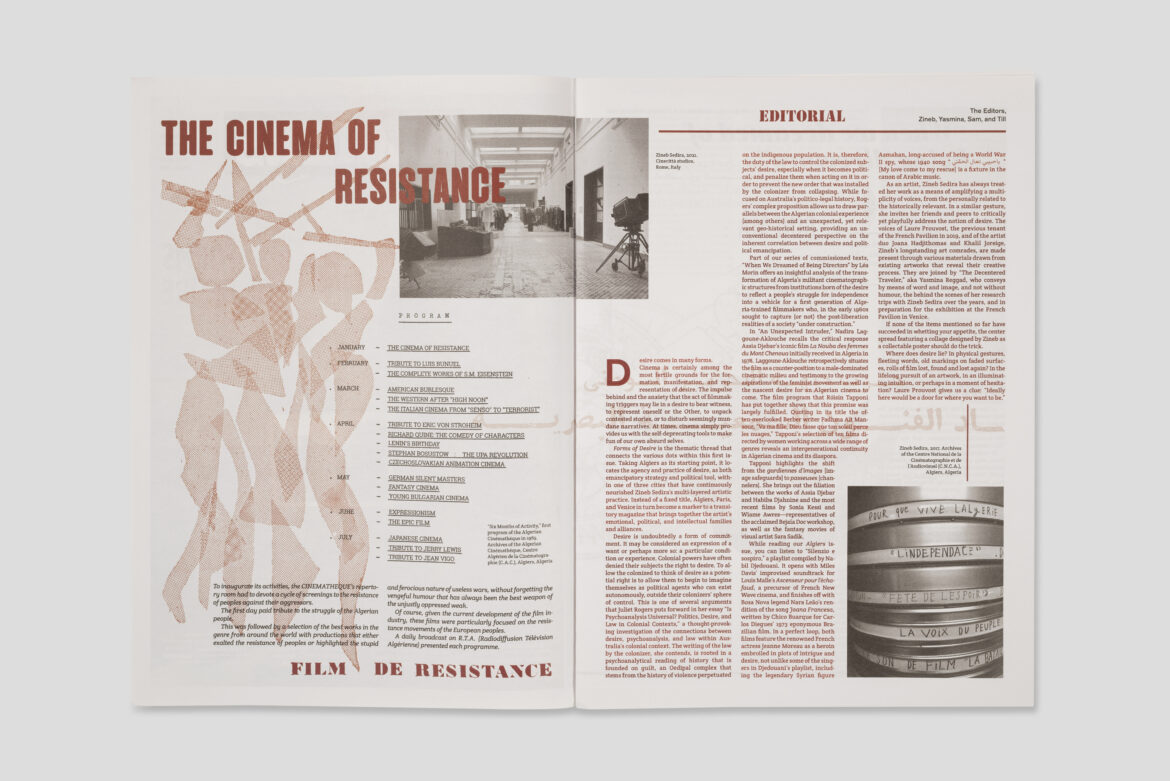 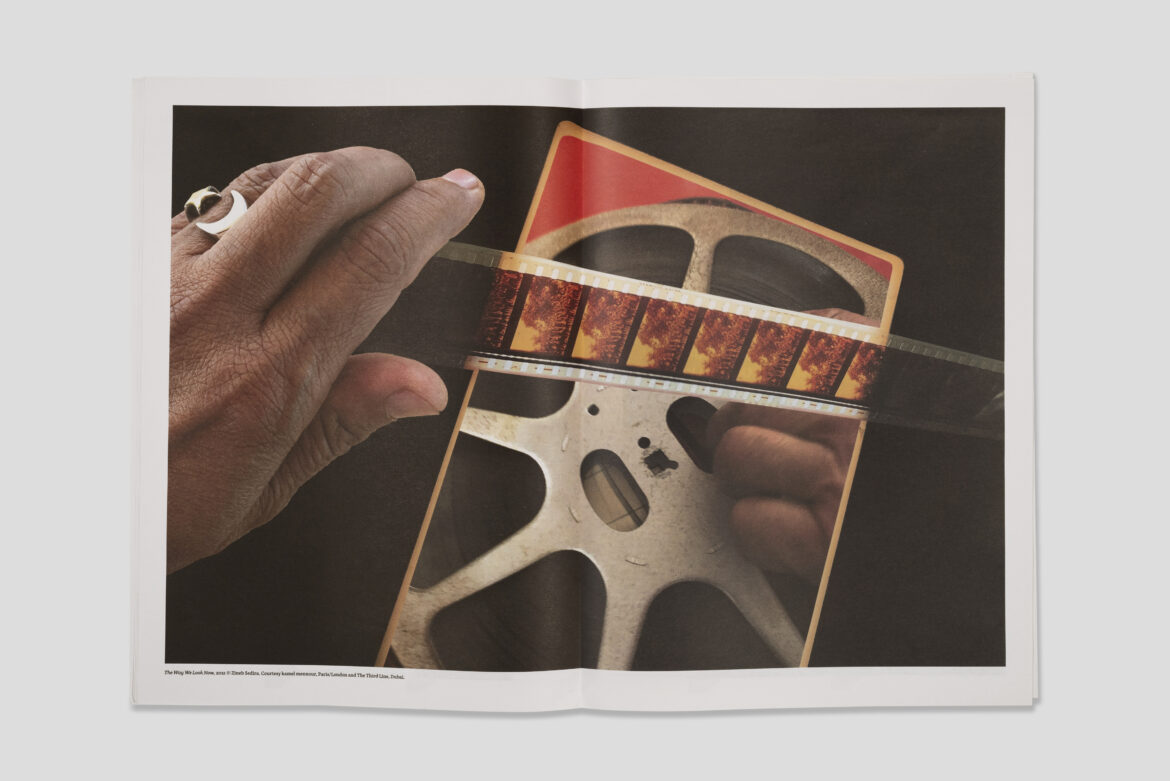 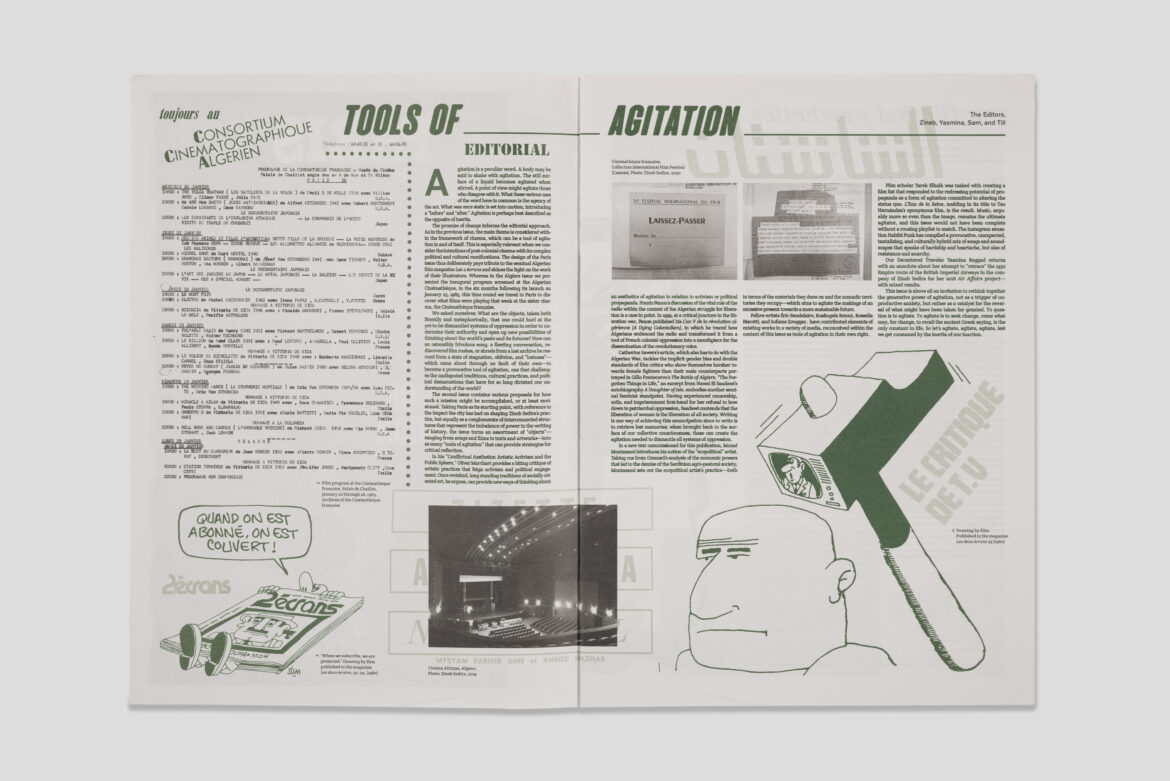 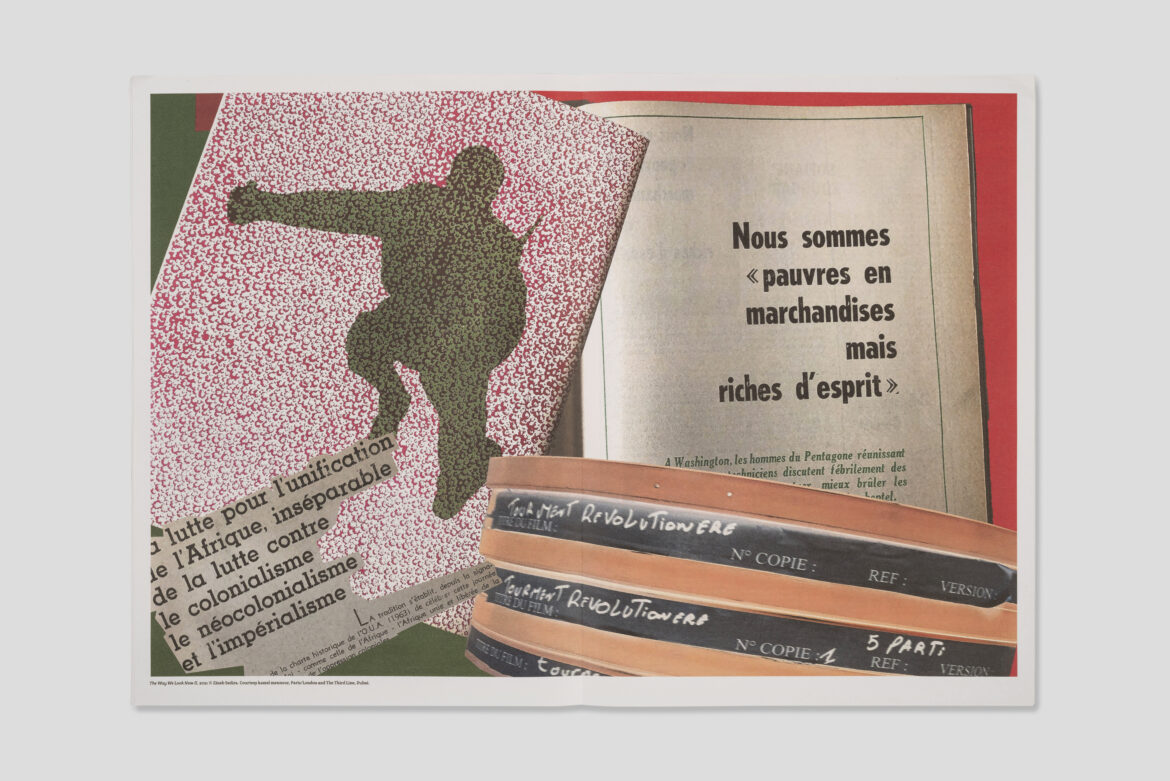 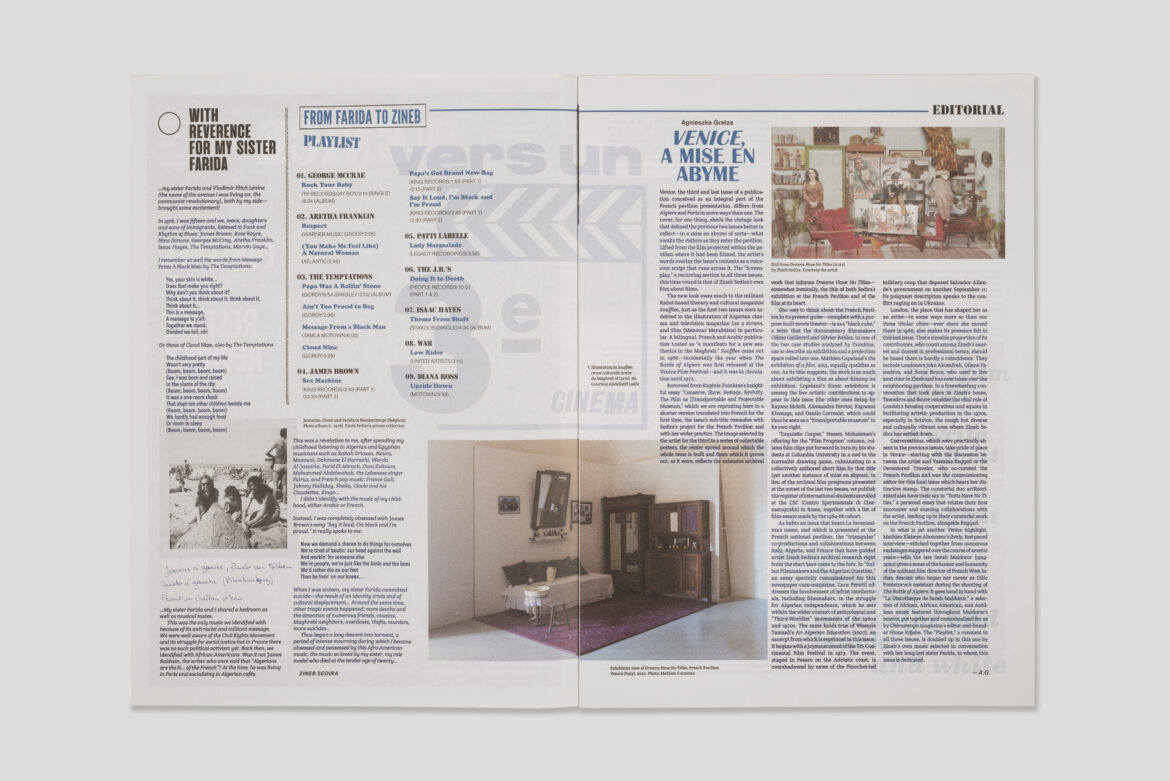 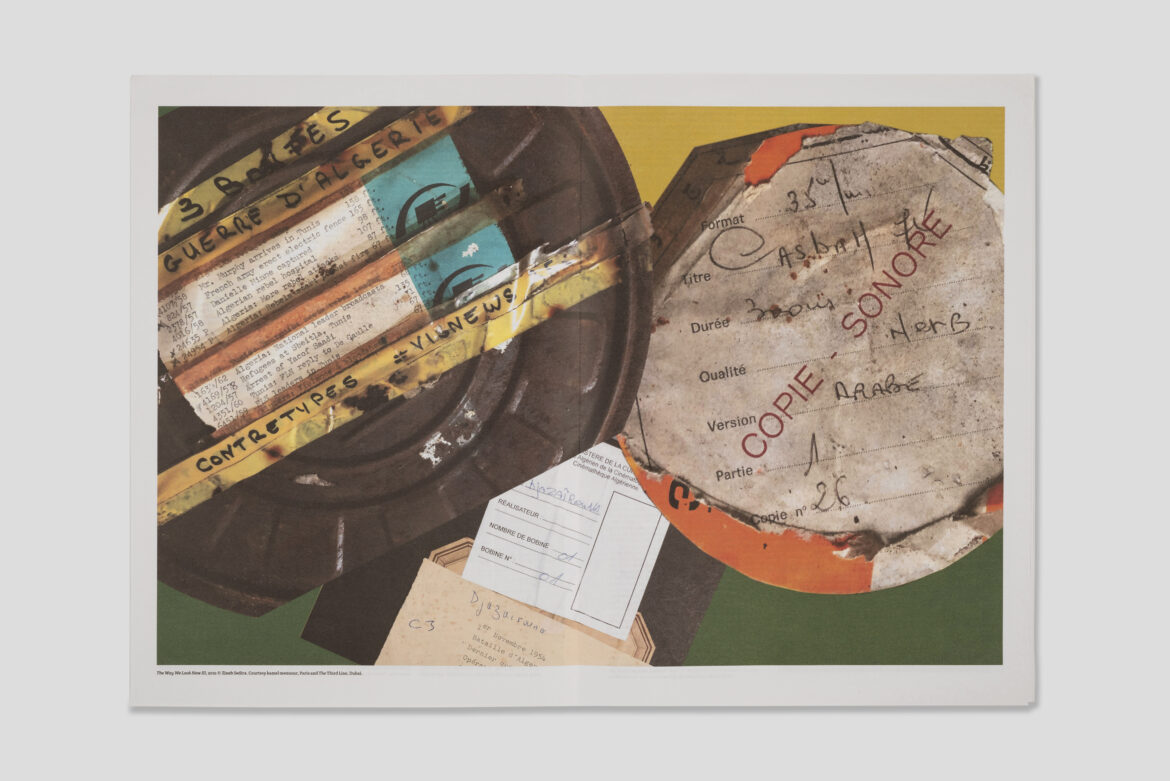 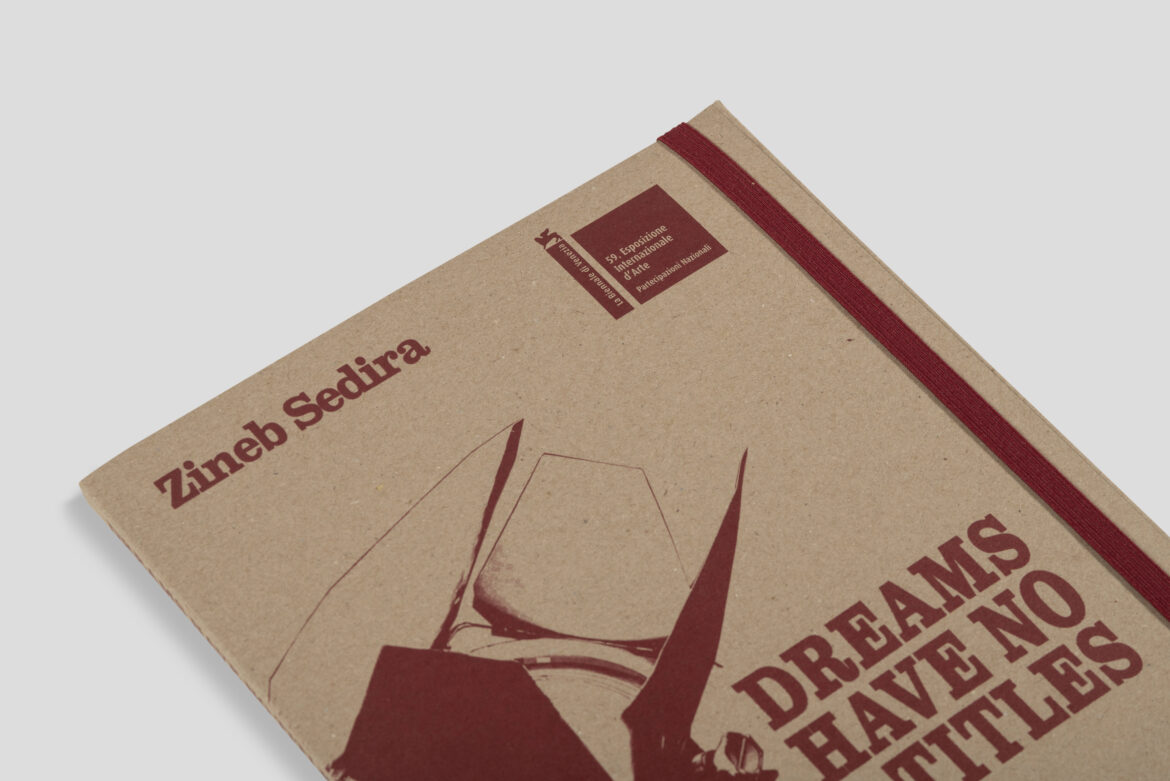 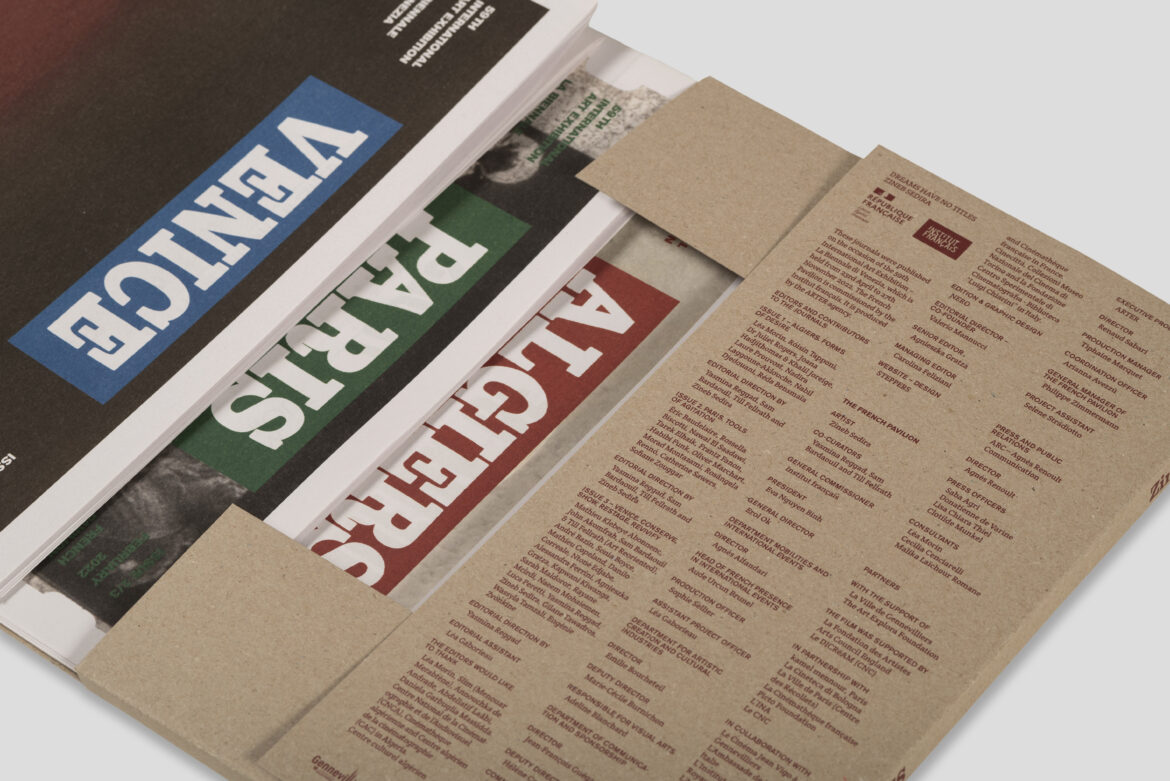 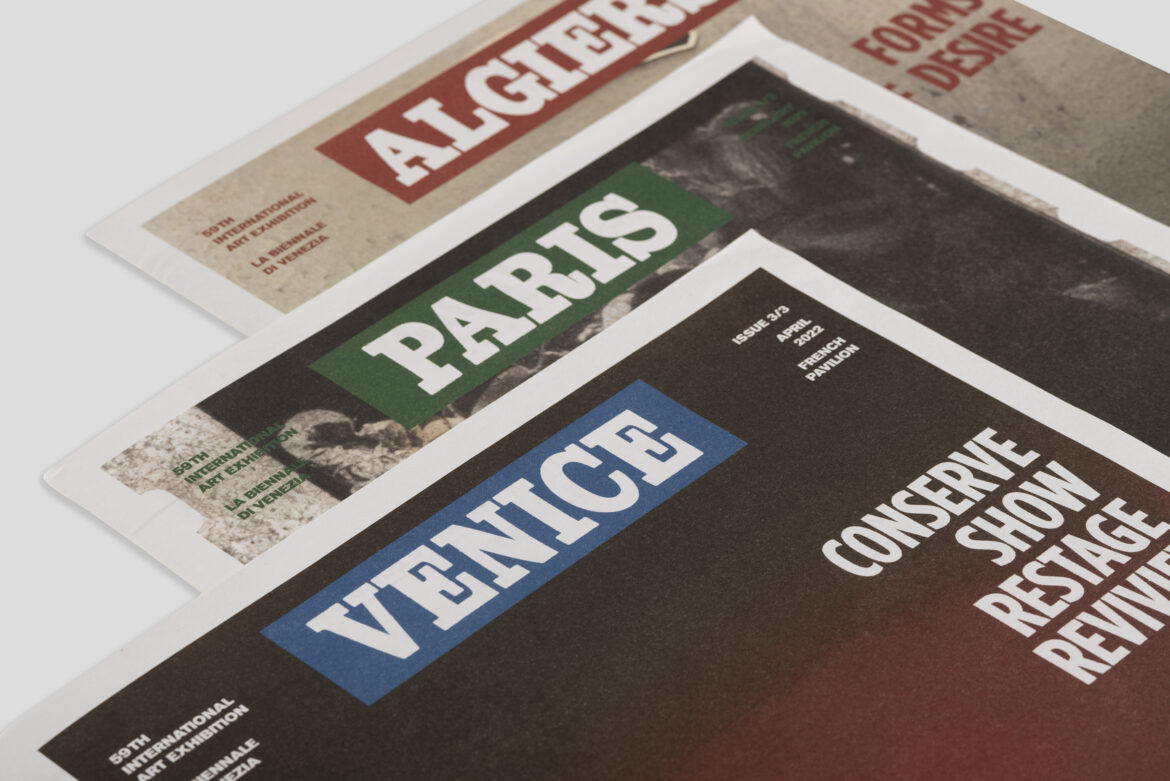 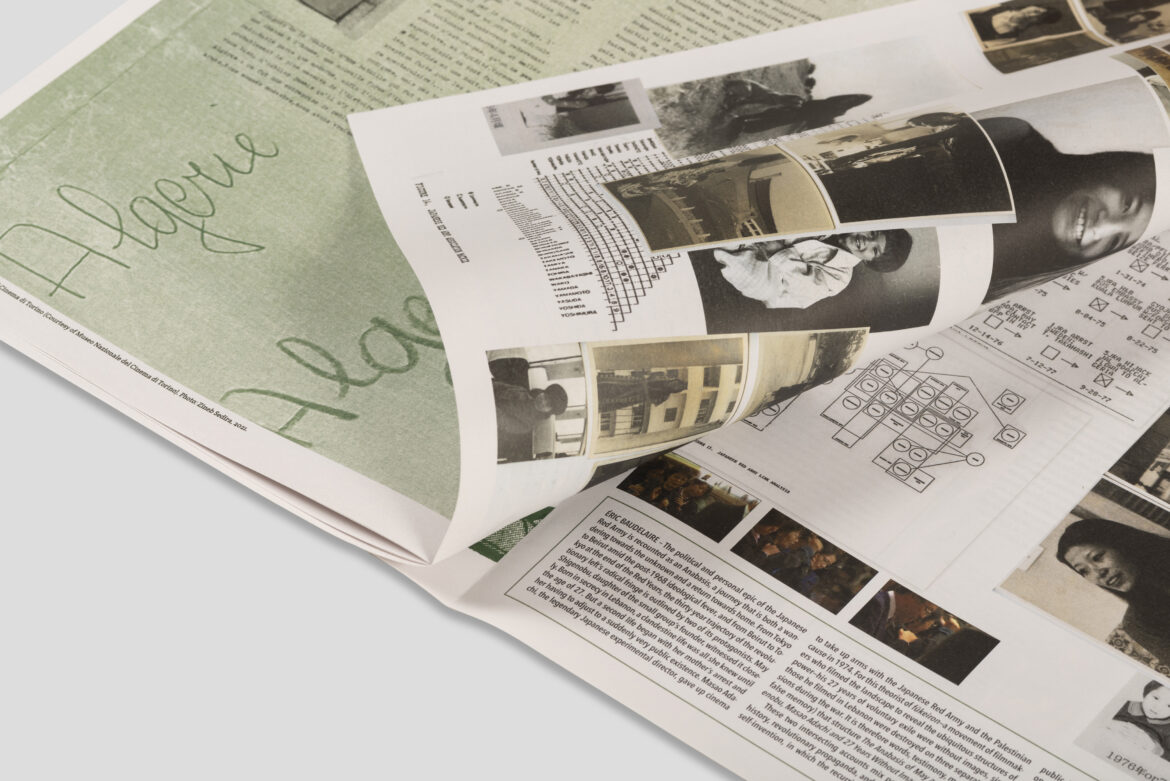 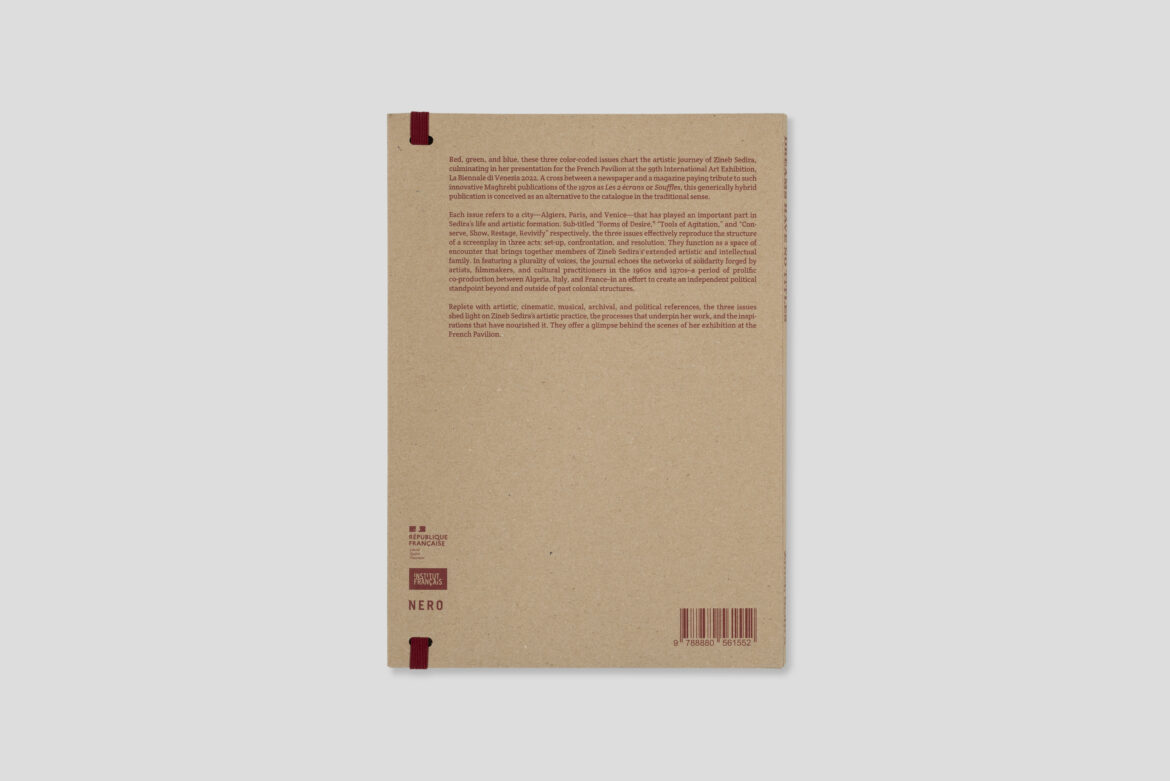