Dedicated to multimedia performing arts, artistic innovation and emerging creativity and curated by Federica Patti, Digitalive explores the new horizons of live practice. The programme presented transcends all categories and genre classifications, with the aim of showcasing innovation through a panorama of live acts, as well as the vast arena of ​​cross-pollination between science, media, music, performing and visual arts.

In our present times, dominated by symbiotic relationships with ubiquitous and interconnected devices, in which we witness a continuous individual “exhibition” that negates the difference between human and non-human actions, Digitalive encompasses VR and AR experiences and live streaming, but also simple gestures, new habits and free-form presentational methods, all of which activate new user dynamics and involve the public—both on a real and a virtual stage. 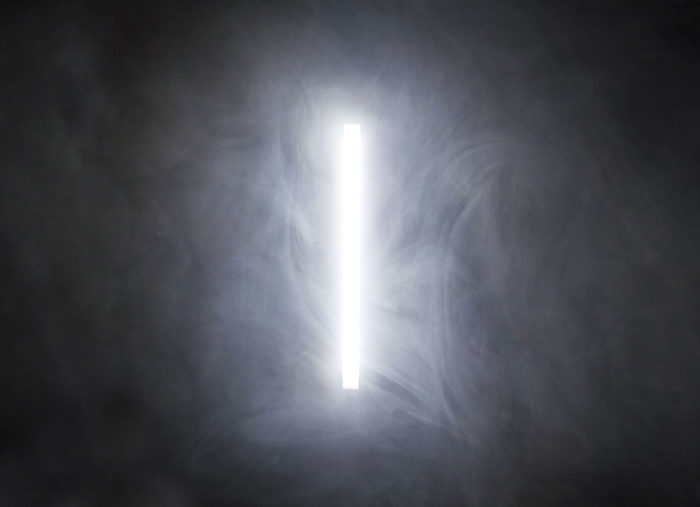 “Digitalive was born from the intent to analyze the interrelation between body, software and machines,” says curator Federica Patti.  “Through streaming, virtual reality, artificial intelligence and interactivity, technological acceleration continues to revolutionize the concepts of time and ‘live’ allowing for a high gradient of performance to emerge—a notion now extended to the entire nature of the process, at the center of which lies the broadest spectrum of everyday, intimate and collective actions. The pervasive ubiquity of diverse mediums and networks profoundly influences the manner and style in which performativity is put into effect and enjoyed: ‘Performativity is post-human’ as Karen Barad would say. Digital subcultures harbor habits of identity that seem to preserve heritage and spontaneously perpetuate cults and traditions, thus re-enacting rituality, folklore and symbols of the past within a hypermedia futuristic dimension. Therefore, the creative proposal put forth this year brings to the stage—for the enjoyment of the public—a radical re-discussion of gestures and norms, in terms of creation, duration, nature, attitudes, genres and languages, space, time and boundaries: dynamics that seem to adhere to an atavistic human need of tribal belonging.”

Digital subcultures, virtual tribes, new rituals and habits that unite in the present, archetypes and symbols of the past, within a futuristic hypermedia dimension. Invited artists aim to generate conversations between generations and languages, pathways between analog and digital, dialogues between the natural and the artificial, and finally, a discourse between human and non-human. 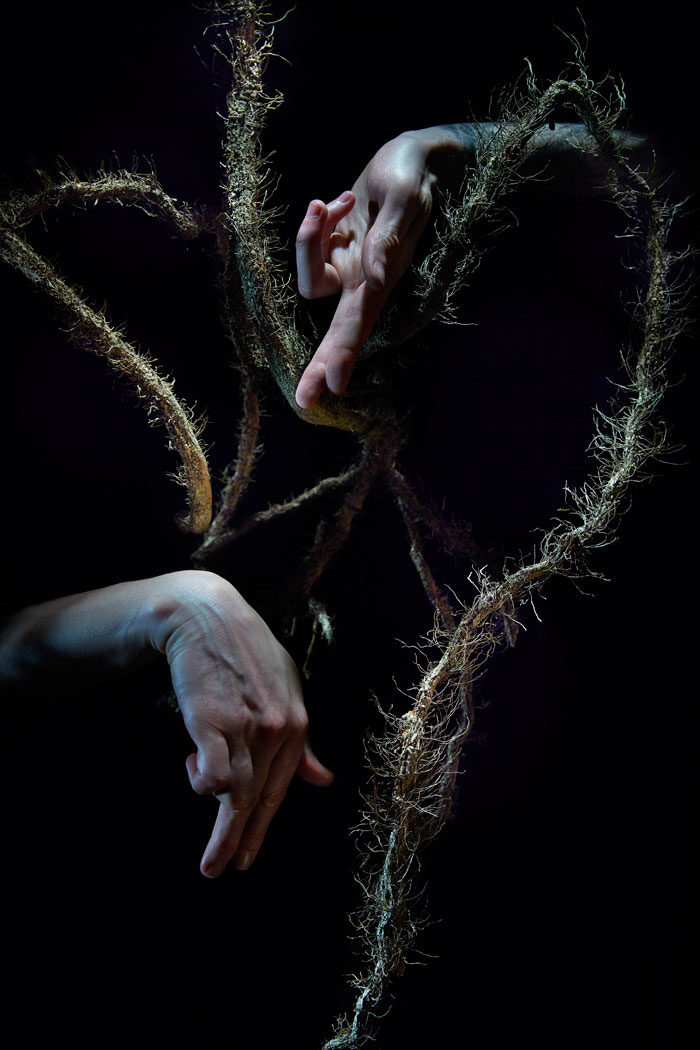 The cult of ancient archetypal knowledge meets new contemporary rituals in the performance of Mara Oscar Cassiani Spirit x Roma, based on the transmutation of vernacular masks towards new contemporary generational rites. Marco Donnarumma and Margherita Pevere, winners of the 2018 Digital Award, present the world premiere of their new production Humane Methods: a dialogue between entities- human, robotic and synthetic. Maria Di Stefano in Rouge, a video installation incorporating both analog and digital, explores hot issues of the day, such as appropriation, globalization and cultural capitalism. The hypermedia creations of Japanese choreographer Hiroaki Umeda will be presented in his new immersive, multimedia solo show, Median, which he premieres in Italy, accompanied by a new version of his performance Intensional Particle, specially re-interpreted for this occasion. Ultravioletto presents Sonic Arms, a dance of robotic limbs, exploring the coexistence of robotics, generative images and music. 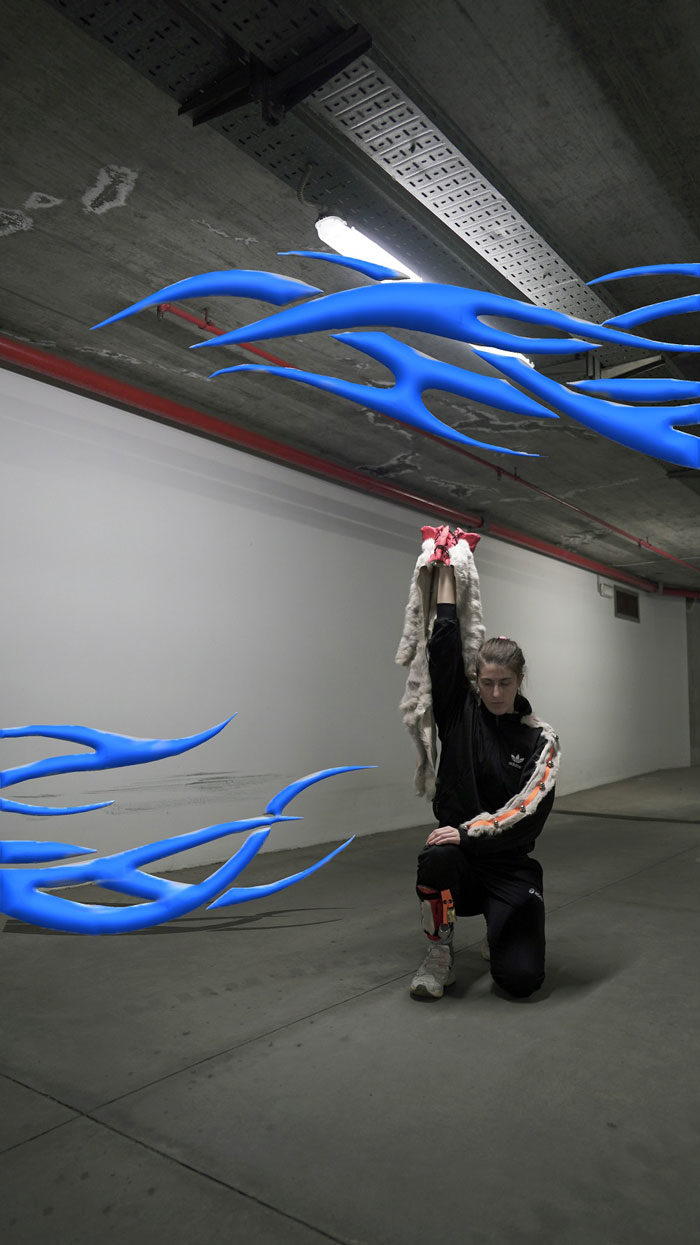 This year too, music is at the forefront with the world premiere of Terminalia Amazonia, the new ritualistic album by ZU; with ¡miércoles!, a live improvisation by Nicolàs Jaar  alongside dancer Stéphanie Janaina in a durational performance that sheds new light on the American-Chilean artist and composer; with Occam Ocean – Occam XXVI Enrico Malatesta plays Eliane Radigue, with Enrico Malatesta’s analog solo for percussion, paying tribute to historic composer Eliane Radigue’s stunning French electronic music; with Sandra Mason immersing the spectator in her psychedelic imagery with a thematic dj set of vintage synthesizers and new wave sounds; and finally with another premiere, Franz Rosati’s Hyletics, a generative audiovisual live set focused on the representation of an immaterial, borderless territory.

¡miércoles! is an improvisational group consisting of dancer / choreographer Stéphanie Janaina (Mexico), and musician Nicolás Jaar (Chile + USA). All the movements and sounds that happen during a ¡miércoles! performance are improvised. However, the performance is tied to a small show-specifc publication that is written by Stéphanie and Nicolás prior to the show. It is as much a footnote to the performance as the performance is a footnote to the text. It is compiled and laid out by close collaborator and visual artist Maziyar Pahlevan. ¡miércoles! means ‘¡wednesday!’ in English but in Chile it also means ‘¡shit!’ and it’s the day of the week that takes its name from Mercury, as the only image used in the publication. The show can be executed only on Wednesday, although the first iteration happened on a Thursday.

Digitalive welcomes an installation by the students of the RUFA Multimedia course, with online and offline content, and will inaugurate a collaboration with RE: HUMANISM, the award dedicated to the relationship between art and artificial intelligence, presenting Complexity, a work by Enrica Beccalli in collaboration with Roula Gholmieh , in which the performer challenges her sense of balance on stage by wearing a device programmed to synchronize her movements with those of an immense flock of birds, simulated by an algorithm. In presenting ten international experiences and two guest artists, Digitalive turns to the realities of a new generation and to those who experiment with crossover expressive forms, embodying the “scouting” vocation of Romaeuropa Festival, as well as the perfect union of its historic duality: the performing and the digital arts. One of the artists in the program this year will also be awarded the Digital Award, for the production of a new show to be premiered at Romaeuropa 2020.