Art beyond the dichotomy of nature and culture

“Now in its fourth edition, Teatrum Botanicum persists in taking on a posture quite different from that of a curated exhibition—not to regardlessly oppose the most classic of the exhibition formats, but because we believe that to attempt to interpret annually, especially in a generational lenses, the Italian scene of emerging art would be at minimum an unnecessary exercise. An exercise that is certainly not suitable for a contemporaneity that, rather than creating a taxonomy of the present, challenges us to think for extremely complex networks and building bridges. It is therefore only after the selection of artists that the common thread emerges between different modes of narration, with which a small cross-section of the contemporary art scene can hazard contemporary stories. A small cross-section that, like every year, is inevitably partial, contingent, accidental but nevertheless tries to respond to emergencies so extemporaneous as vivid, honest and, we hope, shared.” The festival’s title is an homage to Uriel Orlow‘s work. Here the critical text accompanying the event, translated by Marzia D’Amico.

What they say about us—and what we often say about ourselves—is that we are lazy and procrastinators. Who are “they”? We are! Of course we can feel singled out by the label millennials, a term adopted to refer to the segment of population born in Western world between the eighties and nineties of the 20th century, a generation featuring a shared degree of familiarity with digital technologies. Marked by a technological and neoliberal educational approach, millennials have grown up in the repetition of the motivational mantra “Where there’s a will, there’s a way,” referring to phantom professional and existential parables. Today, this generation is often represented as stranded in front of the mirror—or the front camera of the smartphone—in trying to remember what they thought they wanted and, above all, if they ever really wanted it. Protect me from what I want: you think you want realization but you find yourself in the middle of a constellation of governments of populist and reactionary inspiration and a huge climate change crisis. 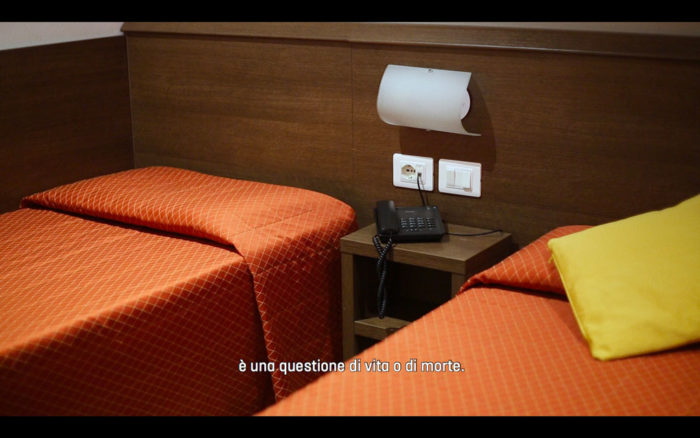 Faced with this prospect, it would seem to be desirable a sharp brake in both individual and collective productivity, assisted by a shift in the axis of generational crises from self-design to experimentation of new forms of social relationships. Wondering less about what we would like to do and more about how we would like to do it. Not the case: millennials are accused and accuse themselves of low attention, low productivity, poor ability in self-monitoring and obtaining results: after the surge in TED talk views as Inside the mind of a master procrastinator and the relative glorification of author Tim Urban, elected as preferential interlocutor by a character such as Elon Musk, the step is very, very short.

That same Elon Musk who is meanwhile developing, with his Neuralink Corporation, implantable neural interfaces that will probably allow us to stop procrastinating forever, for a very “transhuman soap opera”—like joyful happy ending. While Neuralink Corporation works, our human-abled brains do the best to keep us productive at our best, whilst barely avoiding burnout only thanks to the support of a mindfulness course offered by the company we work for—or a freemium app, when self-employed. 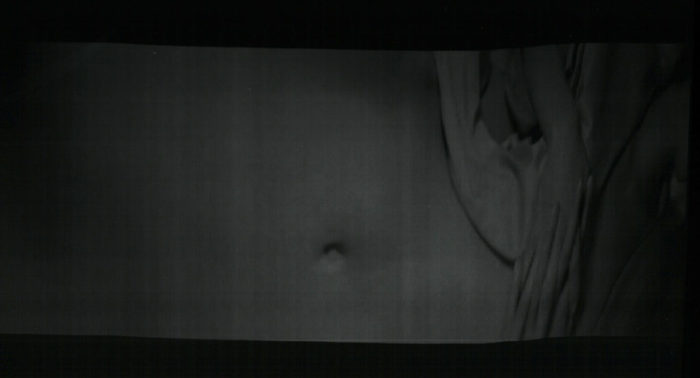 In the book New Dark Age (Verso Books, 2018), James Bridle describes and analyzes the contemporary scene by telling quite a different story from the one daily fed to us by the hooligans of technology. According to Bridle, the present is “unhinged from linear temporality” and the inevitable change in future predictability as a result of the collapse of ecosystems and climate change forces us to reckon with our limitations.

More in depth, climate change lowers down those limits’ every day: “Soon, we shall not be able to think at all.” says Bridle “[i]n 2015, and for the first time in at least 800,000 years, atmospheric carbon dioxide passed 400 ppm. At its current rate, […] atmospheric CO2 will pass 1,000 ppm by the end of the century. At 1,000 ppm, human cognitive ability drops by 21 per cent. At higher atmospheric concentrations, CO2 stops us from thinking clearly. […] Carbon dioxide clouds the mind: it directly degrades our ability to think clearly […] The crisis of global warming is a crisis of the mind, a crisis of thought, a crisis in our ability to think another way to be. […] The degradation of our cognitive abilities is mirrored at scale in the collapse of the transatlantic jet routes, the undermining of communication networks, the erasure of diversity, the melting away of historical knowledge reserves: these are signs and portents of a wider inability to think at the network level, to sustain civilization-scale thought and action.” 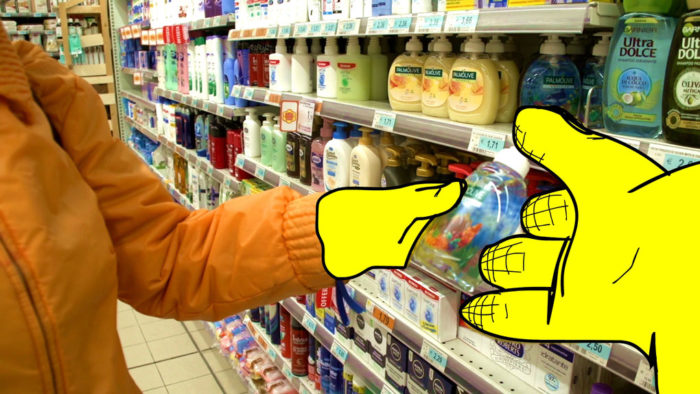 Essentially, while we consume our planet’s resources in the attempt, among other things, to expand our cognitive capacities, we do not realize that that same energy investment makes us more confused every day. It de-focuses us, or at least reduces, from both a symbolical and physiological level, our capacity to imagine the future and understand the complex system of links we have ourselves created. Building upon the notion of hyperobject offered by the philosopher Timothy Morton, Bridle says: “Scientific record keeping thus becomes a form of extrasensory perception: a networked, communal, time-travelling knowledge making.”

According to Wikipedia, to fall into the millennials label are those born in between 1981 and 1996. If we accept this as the time range, it would rule out James Bridle, who was born in 1980. However, there is another label we can apply to Bridle, one that similarly rises a certain degree of perplexity: James Bridle is an artist. 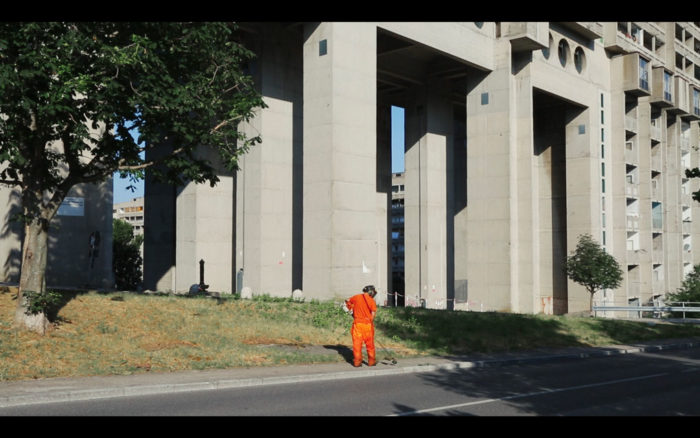 We hope many remember The New Aesthetic, the Tumblr page on which Bridle collects a myriad of images of digital objects that in some ways manifest themselves in the physical world—IRL. New Aesthetic, a definition used by Bridle during a panel in the SXSW conference in 2012, soon becomes the recognized expression to understand the rampant phenomenon that sees the visual language of digital technology and the Internet penetrate the physical world, creating that phenomenological mixture between tangible and virtual in which we are immersed today.

For years, Bridle basically dedicated himself to the observation of the network systems and their damaging and generative potentialities. In an apparent paradox, despite New Dark Age does not want to propose solutions, it poses at the center of the contemporary crisis Internet—the network hyperobject “is the best representation of reality we have built, precisely because it too is so difficult to think. […] Living in a new dark age requires acknowledging such contradictions and uncertainties, such states of practical unknowing. Thus the network, properly understood, can be a guide to thinking other uncertainties; making such uncertainties visible must be done precisely so that they can be thought. […] “In the face of atomization and alienation, the network continually asserts the impossibility of separation.” 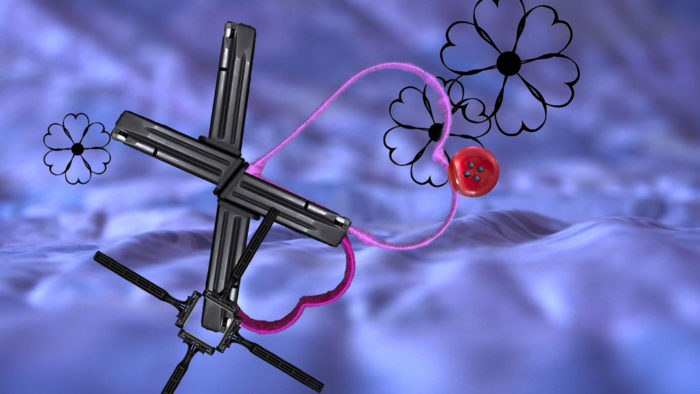 The glimmers outlined by Bridle recall, in some ways, the inputs launched in several occasions by another author—a trained sculptor—particularly dear to those who practice the languages of contemporary art. From the mythical online archive UbuWeb, to Wasting Time on the Internet, and the most recent Uncreative Writing, Kenneth Goldsmith exalts the possibilities offered by the Internet, from its capacity of offering distraction, to multitasking, and to the aimless drift and other productivity nemeses, as commonly accepted.

Between apocalyptic and integrated and confident critics, contemporary art has generated a plurality of readings in the attempt to overcome the nature/culture dichotomy, trying to understand a contemporaneity in which time is punctuated as much by the speed of the Internet and tech companies as the deadlines imposed by climate change. 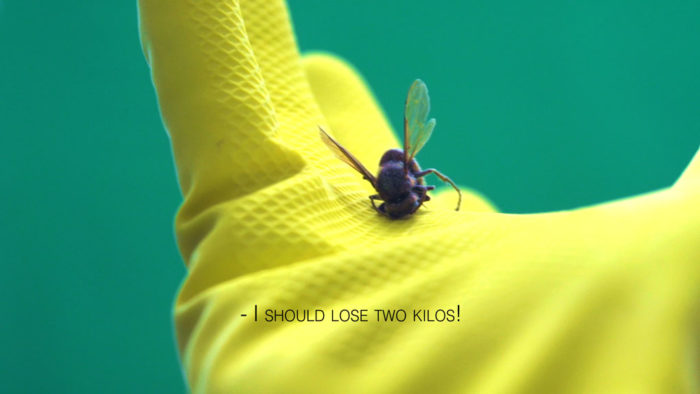 Certainly, the most useful and vital narrations are not found in US and European art schools courses, but rather in proximity to the remote eco-systems, which are habitats for human and non human animals that do not respond to the concept of humankind appointed as universal but yet historically determined by Western, white, bourgeois, cisgender, heterosexual males. Perhaps, to determine the extent to which contemporary art can claim the right to imagine alternative worlds is a task beyond our reach. Nevertheless, it encourages us to recall the words Rosi Braidotti shared with the audience of the Fridericianum Museum, in Kassel; there she defined artists as bridge builders, non-academics par excellence who historically assumed the right to build bridges in between systems of thought and disciplines conventionally condemned to not comunicate, to not intersect with each others.

Trying to focus on a local level, although following Bridle in thinking culture as being “nonlocal and [it is] inherently contradictory,” we like to think that the researches of the Italian artists who take part into this edition of Teatrum Botanicum reflect on the logic of narration of contemporaneity and contemporary environment, on the possibility of continuing to read and imagine worlds. Storytelling is a term already charged with a range of different meanings, a word we would rather not employ today. We would prefer to talk of forms of non-linear narrations that present, again following Bridle (who is an artist and not a marketer), a high degree of attention that is not narcissistically serving the so-called processes of self-improvement nor aimed at casual escapism, but instead prone to understand—and take action—right here, where we are.

ecologyfestivalNew Dark Age
The Earthly Community as one Household

Ecology / Photography
Notes on nature, ecology and knowledge in a world on the verge of an ecological crisis