The Landscape of Industrial Obsolence

Fondazione Sandretto Re Rebaudengo hosts the second chapter of The Institute of Things to Come, with an exhibition, a performance and a workshop of artist Mikhail Karikis. Founded in 2017 by artist Ludovica Carbotta and curator Valerio Del Baglivo, The Institute of Things to Come is an itinerant art programme aimed at investigating forms of imaginative speculation as cultural strategies and methodologies for critical positions. The 2018 theme is TERRA INCOGNITA (a Latin term used in ancient cartography to indicate the existence of unexplored lands) and it is inspired by the book of sociologist Albert Meister, Under the Beabourg (1976). In his text Meister describes the existence of an imaginary museum right beneath the original one: an underground-cultural center (a Beabourg with lowercase “b”) where an assembly of four thousand people organizes a countercultural pole. This reference is taken as a starting point to speculate about fictional territories, places and landscapes invented by artists, that have served as literal and metaphorical sites of subversion, anti-authoritarianism, utopia and fantasy. 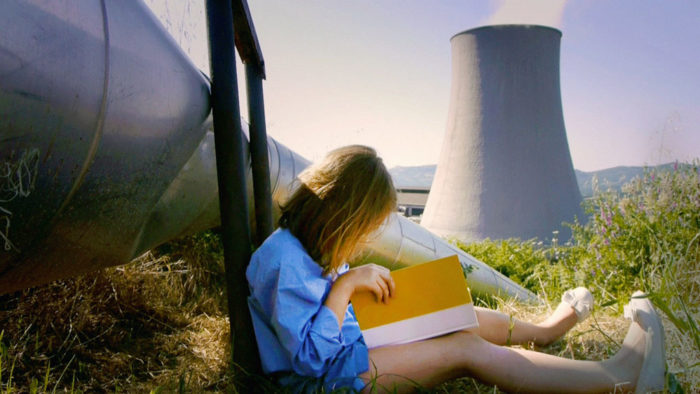 The artist Mikhail Karikis exhibits, for the first time in an Italian institution, Children of Unquiet, a research project that rethinks the destiny of Larderello (Pisa), the site of the first geothermal power plant in the world, and today a territory disfigured by the effects of industrial automation. Investigating the voice as a sculptural material and a socio-political agent, Karikis has explored collaborative work with communities as a means to help engagement with social causes. The themes of labour, industrial landscape, and the effects of globalization on local communities represent some of the preoccupations of his recent film projects. In his work with communities the artist often resonates with new ways of thinking about the destiny of territories scarred by industrial obsolescence.

In Children of Unquiet the artist Mikhail Karikis collaborated with youth to orchestrate a children’s ‘take-over’ of an abandoned workers’ village in Tuscany. The video is filmed in the Tuscan geothermal area of Valle del Diavolo, known for inspiring the hellish descriptions of Dante’s Inferno, for being the place where sustainable energy production was invented in the early 1900s and where the first geothermal power plant in the world was built. Until the 1980s, five thousand workers and their families lived in a cluster of iconic modernist industrial villages built around the power station and master-planned by the influential architect Giovanni Michelucci. Following the introduction of technologies that replaced human labour in the power plant however, unemployment in the area increased and prospects for the young became limited resulting in the rapid depopulation and complete desertion of entire villages. 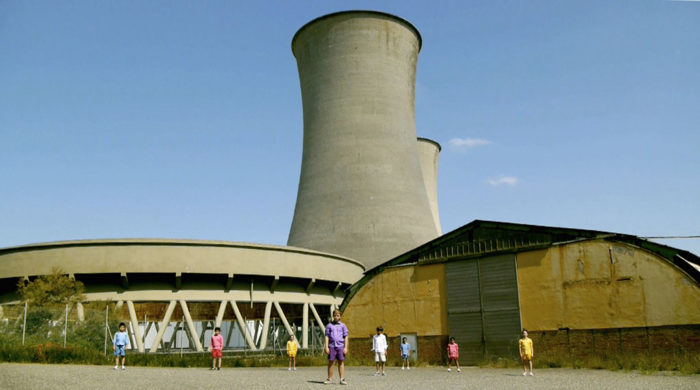 Children of Unquiet features forty-five children who are growing up in the region and near an industrial village which was abandoned by their parents after the near-complete automation of the geothermal power plant where they worked. In the video, youngsters between five and twelve years old seize the depopulated sites transforming the vaporous wasteland into an amphitheatre, a playground and a self-organised school at the same time. They sing and harmonise with the powerful subterranean rumbles and industrial noises resonating across the area; they congregate in the ruins to read political texts by Antonio Negri and Michael Hardt, and play among the abandoned homes.

In turn playful and meditative, spectacular and intimate, operatic and realist, Children of Unquiet resonates with alternative ways of thinking about the destiny of territories which are scarred by capitalist transformations. It reflects on post-industrial legacies and hints at possible or desired ecological futures conjured up by the poetic and activist imagination of the generation that is most affected by current socio-economic changes. 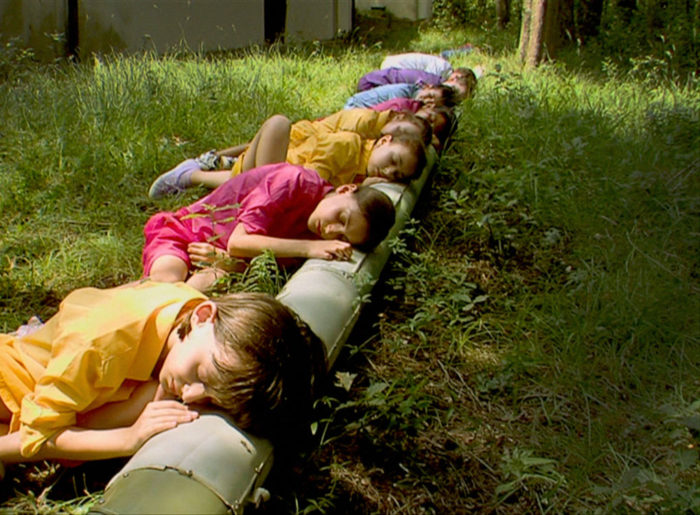 At the opening, joined by Ilaria Gadenz (co-founder of Radio Papesse), the artist presents 102 Years Out of Synch, an audio-visual performance that retraces Dante’s steps to Valle del Diavolo in an attempt to hear what the poet might have heard. Combining newly filmed footage and fragments of the 1911 silent film L’Inferno, environmental sound recordings, narration and extended vocals, 102 Years Out of Synch mines the strata of legend, industrial archaeology, subterranean resonance and the aural imaginary.

Finally after the opening, the artist lead the workshop Political Love in collaboration with curator Sofia Victorino (Daskalopoulos Director of Education and Public Programmes at Whitechapel Gallery in London) for our 2018/19 Associates (Josephine Baan, Emma Brasó, Emily Fitzell, Constantinos Taliotis, Jérôme de Vienne, Stephanie Winter). Inspired by many political activists’ practices and texts (including Toni Negri’s and Michael Hardt’s essay on ‘political love’) the workshop reflects on how we can become more aware of the politics in our encounters with others sensitised to the hierarchies implied in our use of architecture and recording technologies, and more knowledgeable about how representation can empower and give agency.

Editorial Staff
Fictionindustrialvideo
A World with No Water

Ecology / Exhibition
How can we nurture the imagination of a catastrophe to come, to act and survive beyond this irresponsible eternal present?
The Future of What