The overall gaze of Short Theatre 2019

The 14th edition of Short Theatre takes off in Rome with a renewed trajectory, in a process that, in recent years, has seen it propelling a vision of art and contemporary theatre as a multidisciplinary system, both accessible and political, as well as being the hub within a synergetic network involving institutions, cultural realities and administrations engaged in regenerating an entire territory. All these elements define the identity of an event that is ever-increasingly a habitat within which artistic practices can be realized and life can be nourished in its complex political and cultural context.

The way in which different astronauts recount their experience in space is often very similar, because they speak of a particular emotional, psychological and physical state, that seems to be common for all those who ever experienced this extraordinary condition, that is to see the earth from the outside, defined as OVERVIEW EFFECT. Beyond any rhetorical figure and poetical image, the vision of the terrestrial sphere appearing ahead, shining bright, immersed in the deepest blue of the universe, literally hanging on the void, triggers a cognitive reaction on the human brain which involves body, emotions and rationality. A state that all of sudden reconfigures any pre-existing experience; a state that can somehow reset priorities, transform the perception of distances, and redeliver significance to details in relation to what surrounds them. 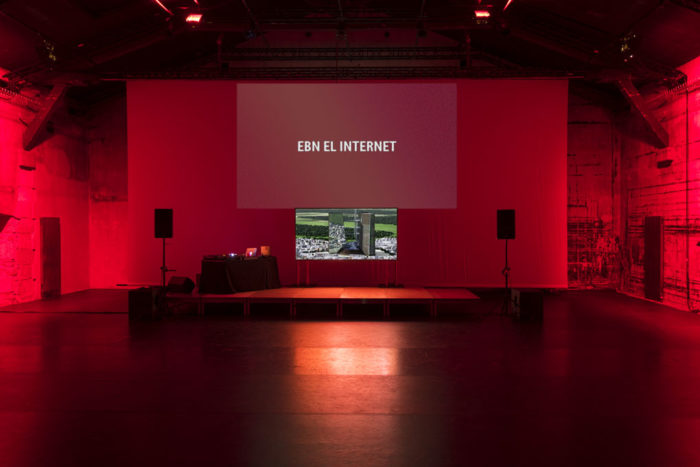 The human brain reacts with plasticity to the inputs we receive through the skin, as everything falls into place thus affects us, in the dense conglomeration of experiences, sensations, thoughts, beliefs, memories and relations we keep on shaping as they shape us. In order enjoy all together this overview effect, we would need to leave for an interstellar journey, to position ourselves in a spot from where we could enjoy a complex, sensible and pervasive overall view. Instead, one of the ways we already have at our disposal to amplify our gaze is to multiply the here-and-now, by giving space to all those inputs that help us bewilder before we head back, so to nourish the possibility to travel through the wonderful and the unknown, the colorful and the bright of our present, and do it from here, from the physical and collective space we belong to.

A festival is the actual place where we can attempt to practice the multiplication of our gaze. Indeed, a festival is an organism that reconstructs its mobile complex identity each time; a plural practice that acts as a unique multi-limbed creature in constant dialogue with the network of thoughts, gazes and gestures of the community that animates it; a place where to leave the word to artists’ endeavors and intuitions: performances, workshops, conversations, dj sets, cinema and extra-format projects are occasions to look elsewhere and otherwise, to get astonished and confused or to fall in love. So, the overall seemed to us a good basis for a subversive appeasement to intermingling perspectives, so to find ourselves together again with the broadest possible view ahead. 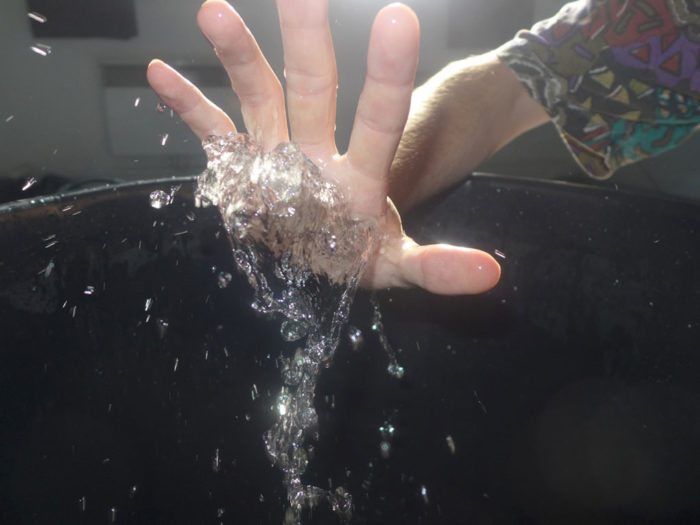 The expression “overall gaze” wants to invite us to be into and beyond details, to recollect traces of the real as they emerge, to weave connections among distant points in space and time, to practice a switch in perspective. Overall Gaze is the epidermic condition of looking: while we invent new ways to do it, we generate new creole languages to recount it. We become subjects always and everywhere blended to other subjects—points of view crossing vanishing lines, architectures turning into landscapes, and vice versa; always and everywhere both action and vision, both doing and undoing.

Overall Gaze is the future that shapes within a dematerialized present and its most evident signs, in forms we are not yet aware of, yet we wish to learn and recognize—to question languages, ideas and social contracts; to share experiences and practices to collectively formulate new conventions, in a continuous effort to redefine ourselves and the social texture we move into; to recognize that dealing with culture today can’t be but an exercise of political action, collective interaction and linguistic disassociation; to practice this overall gaze means to refine the instruments to interact with what happens around us. 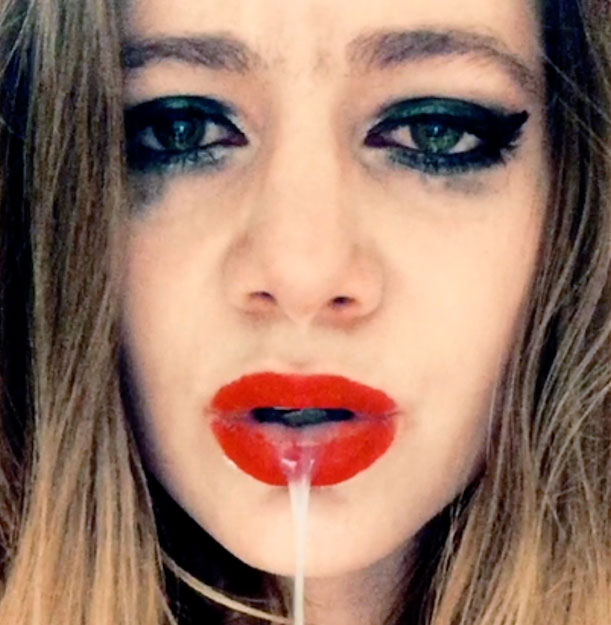 The 14th edition of Short Theatre seeks for a deeper, more participatory and more complex look, that could remain faithful to the very moment things meet and collide. Once again we kindly demand dance, performance, theater, music and conversations to become the interpreters of our present. This year a few sections from the past edition are back and renewed, such as the formation and sharing of Tempo Libero; the artistic cohabitations of the Residency Projects; a space for care and for meeting and reflecting upon making and productive modalities within the metropolitan artistic scene of Panorama Roma; and the emergence of Controra’s subversive night life.

This edition we inaugurate an important new section of the festival, imagined and built in and around the space of the WeGil. WeGil is the name assigned to the spaces of the Ex Gil. Since its reopening by the Regione Lazio the space is used as polyvalent cultural space, exhibition venue for shows, arts and culture. Luigi Moretti’s building was inaugurated in 1937, as the space for the fascist organization Gioventù Italiana del Littorio (Fascist Youth), and used as such until the end of WWII.

During the first two days of the festival, the program unfolds in one breath, informed by the complexity of an act of resignification to live and cross the space consciously, by taking part to a necessary anti-fascist and anti-colonial positioning, in a monument that holds and displays some visible signs of a heavy past; to become a platform for deconstruction, together with the invited artists/activists/writers/theorists, but also with the audience/citizens, in order to convene a community to bust the ghosts out of the building (to quote Igiaba Scego). Everything becomes an occasion to imagine new possibilities for implanting ourselves on the territory, to modify the real, to reinvent forms of cohabitation and to stay in contact with what we can’t recognize yet although it stands right beside us; this all within a space and a time that wouldn’t exist without its community—of artists, spectators, operators, those who live in and those who come through our territories. 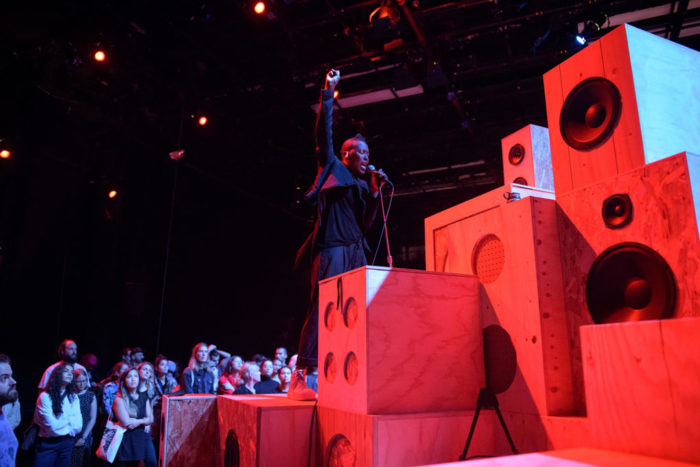 The 14th edition of Short Theatre sees the inauguration of a new lively location for the festival: the first two days are taking place at the WeGil, a historical building in Trastevere. Open again to the public by Regione Lazio, the 1937 monument preserves some imposing signs of our fascist and colonial past. A new chance that triggers some essential questions: what is the responsibility of a cultural practice to inhabit a place this loaded, and how to face it? Is it through these instruments that are most familiar to us, those of the artistic languages and practices, that we articulate these questions: a spread process of stratification in which to rewrite the dialogue between the past and the present of a place and what it represents. A work of resignification that unfolds through several dimensions.

After the preview of Thursday 5 September at the Spanish Academy with the Milanese duo of artists and researchers Invernomuto and producer and DJ Hugo Sanchez, on 6 and 7 September, Short Theatre will inhabit the “ex-Gil” with an uninterrupted flow of performances, installations, listening sessions and moments of reflection. A new possibility that has brought forth some questions: What does curating an event in a location so froth with meaning entail and how should it be approached? And through those instruments that are most familiar, those of artistic languages and practice, Short Theatre will seek to articulate these questions, acting upon the space and its architecture, reinterpreting its signs, reconfiguring its functions and echoes, detailing a rewritten dialogue between the past and the present of a place and what it represents, through the immersive imaginary of the artists’ works, from the documentary The Body’s Legacies, Part 2: The Postcolonial Body, by French Algerian visual artist Kader Attia, to the feminist decolonial reflection by political scientist and feminist militant Françoise Vergès, together with Attia active in the artistic collective Décoloniser les arts; Black Med by Invernomuto, a listening session that subverts the white and western imprint on the Mediterranean; the narration of the censorship of the Egyptian writer Nawal El Saadawi in Burning Play by Manuela Cherubini, and the act of love by artist and choreographer nora chipaumire dedicated to Grace Jones, the first black female superstar. 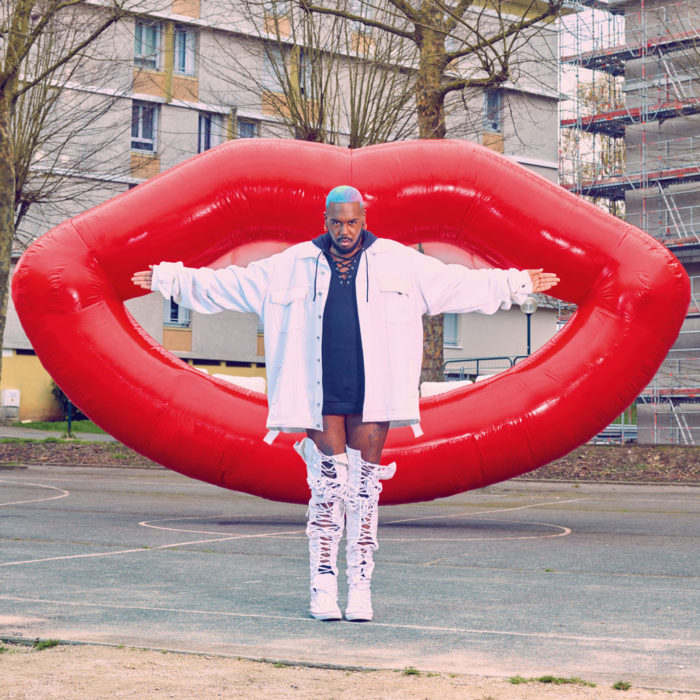 This rigorous, deep and participatory act of thought that the festival opened toward the outside, by inviting theorist and curator Simone Frangi, writer Igiaba Scego, Ilenia Caleo, Serena Fiorletta and Isabello Pinto, Federica Giardini, curators of the Modulo Arti del Master in Studi e Politiche di genere (gender studies’ arts module) of the university of Roma Tre, to share this process of reflection. We welcome the “atmospheric” choreographies by MK to set the temperature of the WeGil; Alex Cecchetti’s Love Bar; the performative site-specific installation 8000 anni dopo (8000 years after) by Nyamnyam. As we’re used to, we open these two days of Short Theatre 2019 with a party lead by OKO DJ’s mestizo underground rhythms.

After the first two days the festival will move back to its homebase, MACRO Testaccio’s Pelanda, and to Teatro Argentina for the long-awaited Augusto by the Golden Lion at the 13th Venice International Festival of Contemporary Dance, Alessandro Sciarroni. During the following week, the program at the Pelanda will unfold through a dense line up of performances, concerts, dj sets and projections, workshops and conversations.

Editorial Staff
dancedecolonizeperformancetheatre
Comrade Artist, We Have a Problem