More than 140 artists, organizers, and others involved in Documenta 14 have signed an open letter in protest of the death of the 33 year old LGBTQI+ activist, writer and performer Zak Kostopoulos, who died after being brutally beaten up in Athens on Friday, 21 September 2018.

A first statement appeared on Facebook shortly after, reading as follows:

“Queer activist and performer Zak Kostopoulos was murdered last Friday in Athens. His murder is all over the news presented as an accident: he died trying to escape through a shop window after supposedly attempting armed robbery. The brutal, brutal video accompanying those articles shows a very different truth: a disoriented, unarmed Zak trying to escape and the shop owner with another man brutally kicking him to death. The greek public is talking about the shop owner’s right to protect his property from drug addicted, HIV positive faggots. What they don’t know is that Zak, our Zak spoke openly and without shame about being or having been all three, and his words, his songs and his dance brought light and joy to a whole generation of queer people. Spread the word. Spread our anger. HIS MURDER WILL NOT GO UNPUNISHED—please copy paste anonymously” 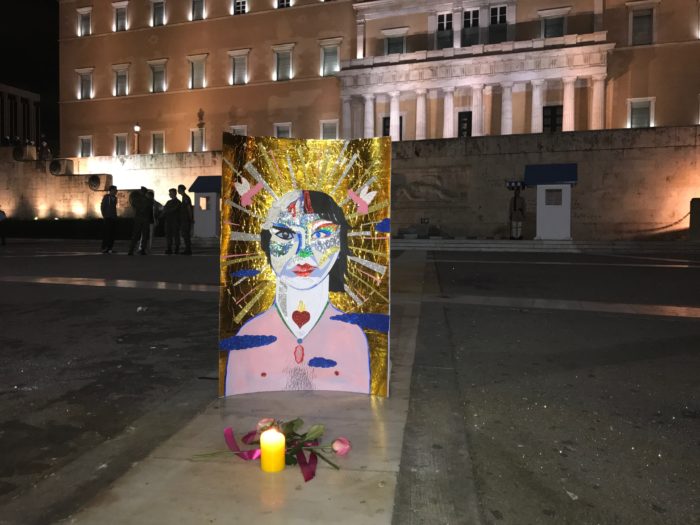 Following, you can read the open letters that were addressed respectively to the prime minister of the Hellenic Republic, Alexis Tsipras, and to the mayor of Athens, Giorgos Kaminis, also citing a public statement that was written in solidarity with Yiannis Boutaris, the mayor of Thessaloniki, who was assaulted by a far-right mob during a public event on May 19th.

The signatories condemn the growing number of violent crimes against minorities and marginalized communities in Greece, denouncing the “fascist mindset that propels such incidents.” They urge the politicians “to take an unequivocal position against violence” and to “ensure that the legal process is open and transparent until all involved perpetrators are brought to justice.”

Editorial Staff
ActivismGreece
They Will Say I Killed Them

Cinema / Essay
The movie reconstructs the fragments of Italian cinema forgotten history, through an investigation on censored material from the 50s to the 80s
The Future of What