Curated by Michele Bertolino, Here Not Here is the final chapter of this year’s edition of The Institute of Things to Come. Over the last year, six Associates—artists Josephine Baan, Emily Fitzell, Constantinos Taliotis, Jérôme de Vienne, Stephanie Winter and curator Emma Brasó—have participated in a series of workshops designed to encourage further engagement with practices of imaginative speculation—supported by Formech Inspire. Here Not Here presents the entrails of this process.

“Here, we encounter a collection of leftovers, brought together in a denatured space—a space with uncertain borders and unclear coordinates. The ceiling has descended, the light has been reduced. Yet there are glimpses of an outside, a world above. Here, space is compressed, sight is compromised, sound is scattered. Perception is distorted. We are and we are not where we were or where we are. 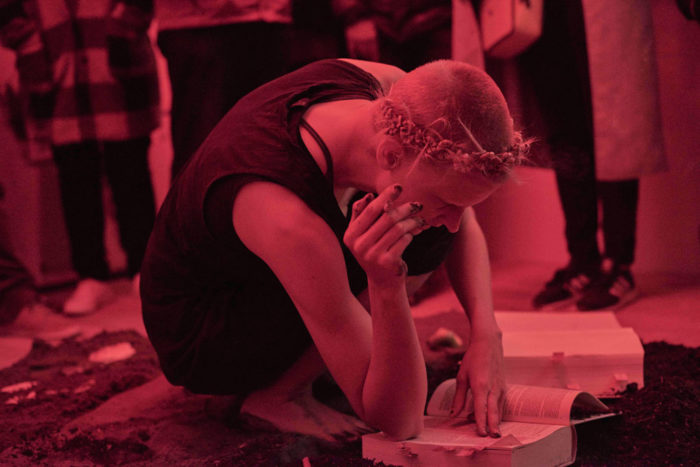 If the usual guides for orienting ourselves are lost in this space, the artworks themselves may offer some suggestions. In Quartet (Constantinos Taliotis, 2019) a choreographed video installation in 4 monitors, images of interiors from Turin’s Liberty time architecture move imperceptibly. The eerie slowness of the images requires extended observation, offering a meditation on space as fiction.

INTERRE | UNEARTHS (Emily Fitzell, 2019), invokes and distorts a combination of ancient ritualistic structures. By constellating a circle of twelve discrete objects, the work refigures the form and function of megalithic sites of communal gathering—exchanging their immutable stone for the scale, material and modular composition of brick dwellings. In turn, each of these objects houses a scene of earthly debris, fragments which resist the singularity and confinement of a venerated relic. The aedicula, as both miniature architecture and shrine, is here recovered, offering a space between petition and play, memory and imagination. 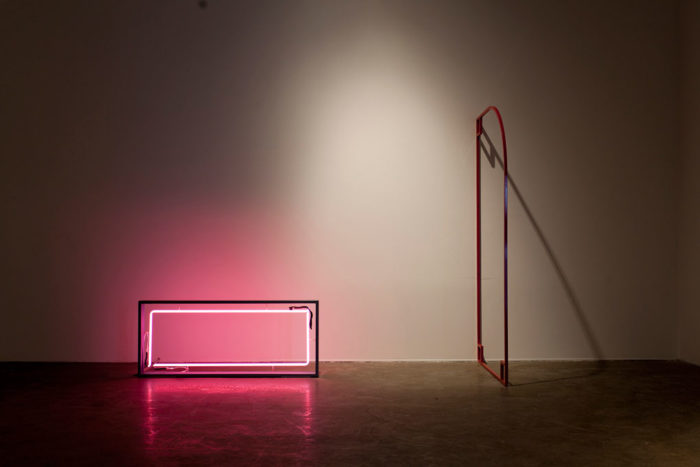 Versed in the Void (Josephine Baan, 2019) articulates the inconceivability of a common future. Taking absence as its starting point, the voice acts as the inner body materialised in space and an indicator of presence; the mouth, a passage between exteriority and interiority. Darkness is hollow and potent, giving space for light to emerge. Traces and fragments dispersed throughout the room point towards transpired gestures and words whispered. They speak of inner worlds – dissociating from the desire to geographically locate oneself, instead urging to travel inwards. 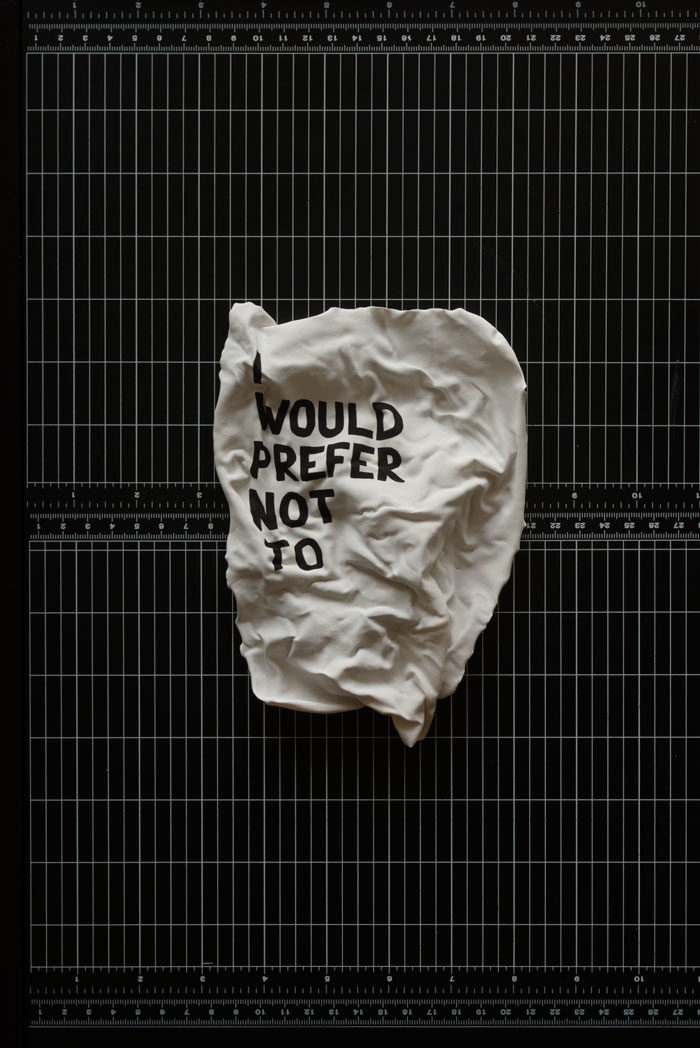 The Blue Space Station (Stephanie Winter, 2018) presents artefacts from the White Planet, the imagined destination of a research vehicle created by Winter & SALON HYBRID, called M.I.S.S. – MY INTERN(ATION)AL SPACE STATION. M.I.S.S is also the title of a performative series around the exploration of this imaginary white planet, which is believed to be a kind of source, memory of all information, common organ as well as a projection area for different ideas and concepts around our future. Within their research at THE BLUE SPACE MODUL, the crew of M.I.S.S. encountered the WHITE PLANET PARADOX, which documents the contemporaneousness of the White Planet in the outer as well as the inner universe of its observers. The journey into the space becomes at the same time an introspective into one’s own psyche.

In Speculare (Jérôme de Vienne, 2019), a ray of sunlight – captured by a mirror placed outside the institution – enters this other space and undermines once again distorted space-time perceptions.

Here Not Here is a speculative world, made up of seclusions, glimpses and superimpositions. Of unresolved references. It is a reflective space, resistant to its own image, desiring detours in attention.” (source Fondazione Sandretto Re Rebaudengo)