Welcome to the Ultimate Situationist Library

Spring 1959. Asger Jorn invited Guy Debord to pay him a visit in Denmark. Meanwhile Mémoires was going to print at the famous typography Permild & Rosengreen, so Jorn took the chance to let Debord know about the project of the museum that would have opened its doors that same year in November, in Silkeborg, his hometown. During that trip, they came up with the idea to create a situationist library as integral part of the museum, today called Jorn Museum. Debord worked thoroughly in filing a bibliography that would include all the most important texts and documents of the movement and the year after, on the SI Bulletin #5, he officially announced the birth of the Silkeborg Situationist Library. Unfortunately, the project was never realized 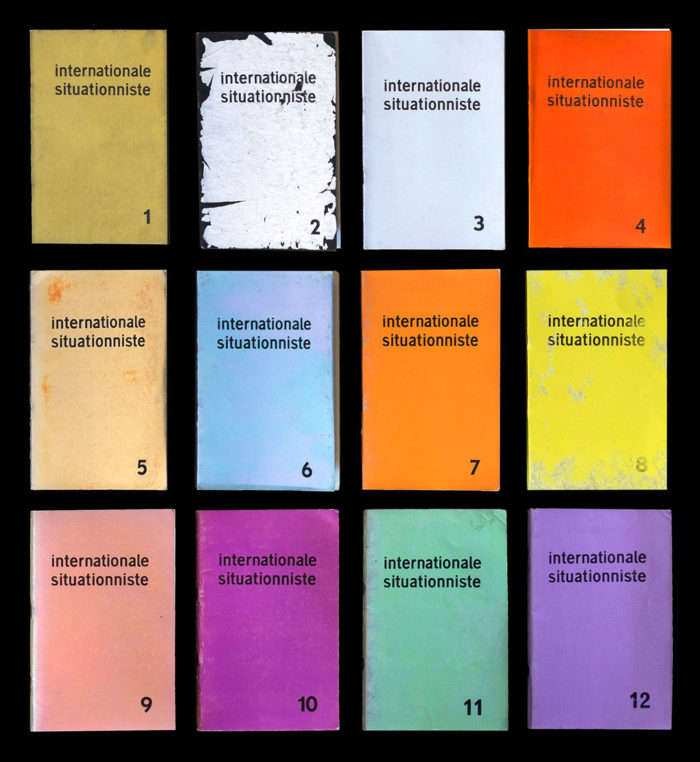 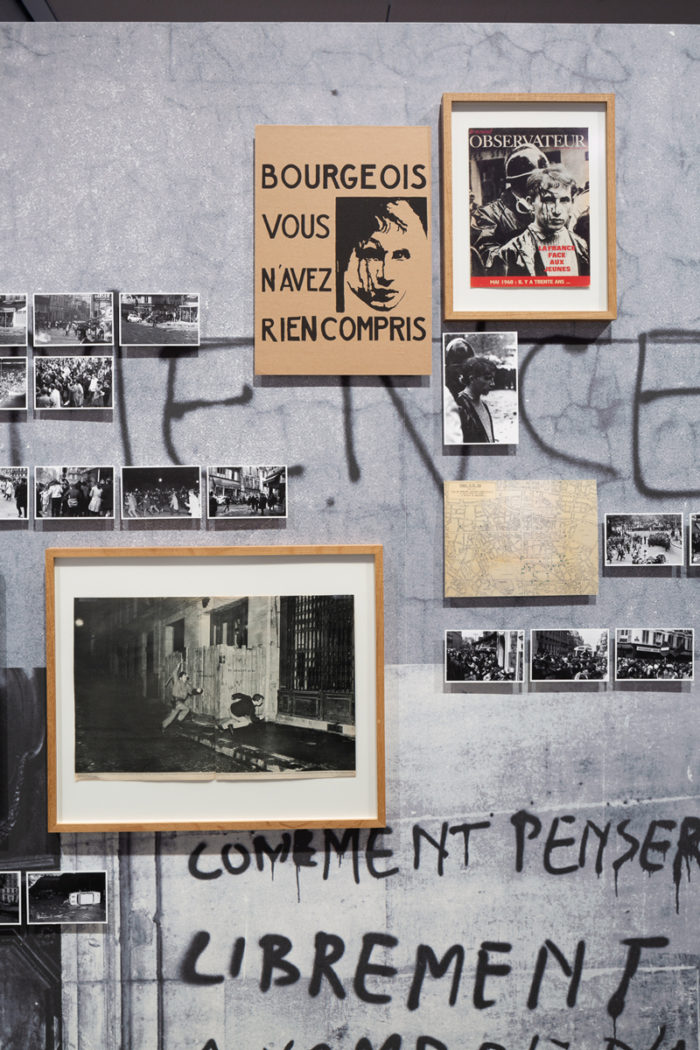 Fully rebuild after almost twenty years of research, the Silkeborg library is the first chapter of the exhibition The Most Dangerous Game, curated by Wolfgang Scheppe, Roberto Ohrt and Eleonora Sovrani for the Haus der Kulturen der Welt, in Berlin. On the occasion of the 1968 anniversary, the exhibition offers a situationist gaze to reflect on one of the most significant political moments of the past century.

Twenty-one vitrines and a twenty-three meters wall are showcasing the main pieces of Debord’s bibliography, unfolding over more than seven-hundred pieces among bulletins, invitations, posters, documents, essays and self-published magazines, which tell the story of “the XX Century last avant-garde.” 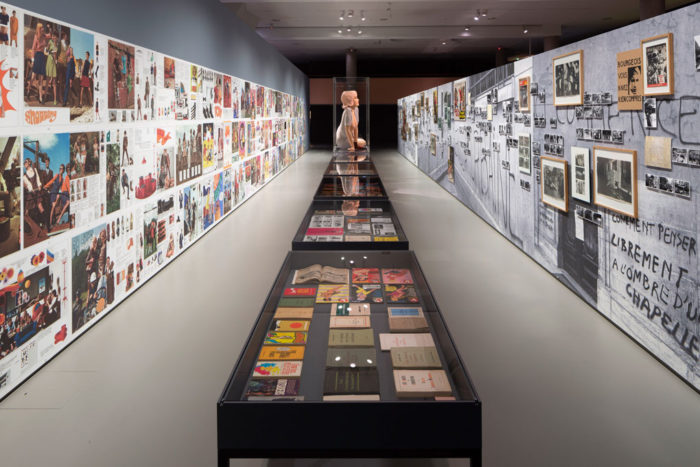 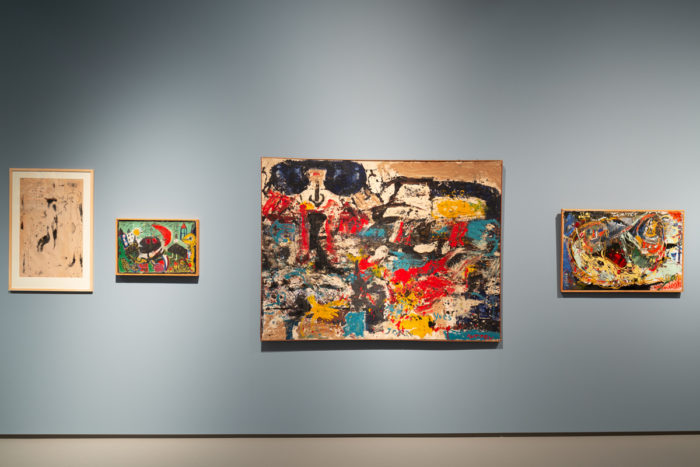 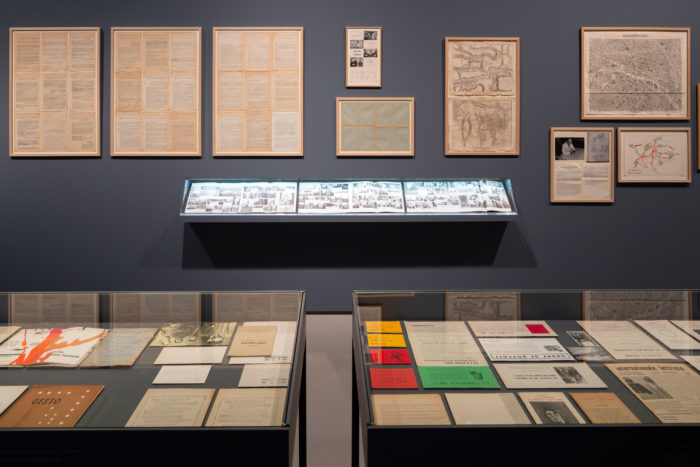 The library was conceived as an excursus throughout all the movements the members of the Situationist International have been part of, as well as a collection of the situationist movement’s salient and elemental texts. Almost every avant-garde was represented in the library: Futurism, Dadaism, Surrealism, CoBrA, Imaginist Bauhaus, Nuclear Art, Letterist International beside, obviously, all the groups affiliated with the situationist movement itself. Debord was describing the library—with his well-know hyperbolic tendency—as “the reference measure for the cultural avant-garde.”

The reason that was holding Guy Debord back from completing the library project, so deeply wanted and elaborated in detail, is probably to be found in the refusal to any “musealization” of the movement, and in the progressive ban of the whole artistic milieu linked to the SI. In fact, it became evident how even the most radical art would be extremely exposed to the power of capital to absorb any subversive push in favor of its own ends. The movement answer was to change the axe of the game. Thus, The Most Dangerous Game couldn’t be but the revolution. 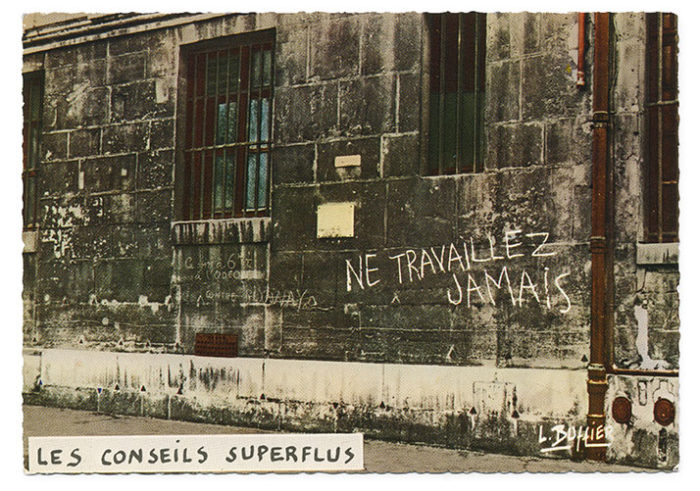 May 1968. The theories against the society of the spectacle got to the streets, the students appropriated them, barricades were erected and the police reacted. On two facing walls, we can witness two antithetical modalities of response by the power: on the one side, the police political-military power, as residue of fascists methods of censorship and repression of bodies; on the other the subtle opportunistic reaction of the capitalistic machinery that abated the revolutionaries by turning them into products, shaping a new class of consumption. The black and white photos of a containing, denouncing and surveilling French police are in contrast with the colorful attractive images of the Post-shop magazines, promising freedom, future and lightheartedness. Both imageries are using bodies to cancel ideas, and they both addressed  that youth described by Isidore Isou in 1947 as a revolutionary class, rather than a biological category. Salò, or the 120 days of Sodom versus a Coca Cola anesthetized youth, the real thing, as suggested by the video in the exhibition. 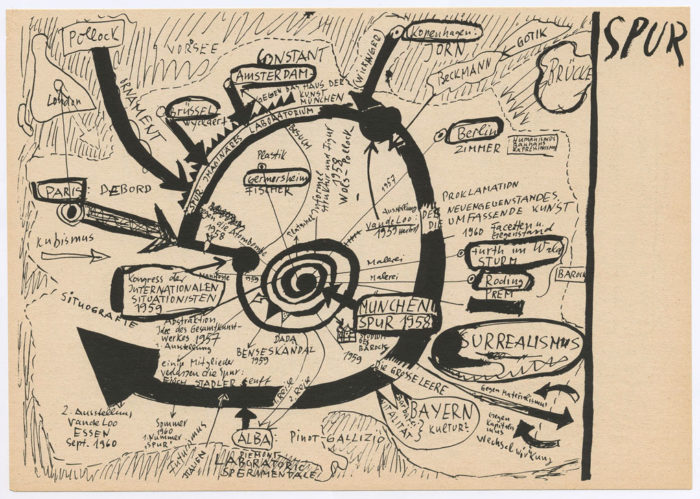 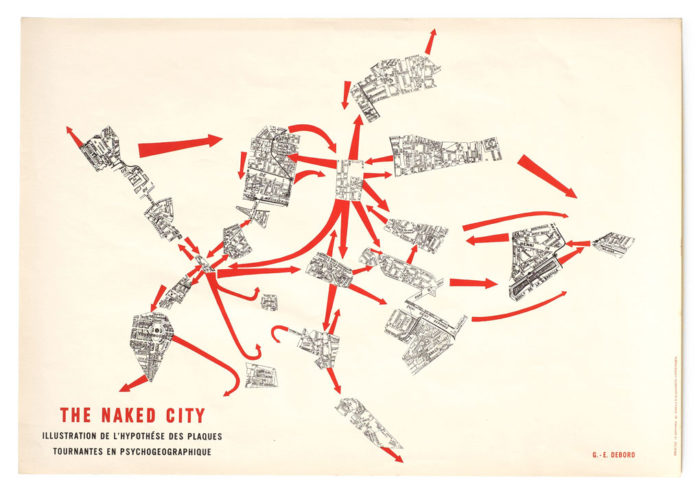 To consider the body an instrument of political action was not new in the situationist realm anyway. Between the two facing walls mentioned above, a series of over a hundred erotic publications, written between 1948 and 1984 by artists belonging to the Letterist and Situationist International. Isidore Isou, Alexander Trocchi, Michéle Bernstein and Raoul Vaneigem were challenging the bigotry of the bourgeoisie by shaking their moral, through détournement and récupération, in the balance between critique and complicity. Once again though, rather than contrasting, the society of consumption joined the cause and instrumentalized “sexual liberation” to ensure a larger slice of the market.

“Should we bother discussing the art market? Should we debate the whole spectacle of this market or indeed the current status of art within society? Not really. Guy Debord mentioned some while ago that the end of art already stinks a bit. No wonder; it is sixty years since he founded and guarded the avant-garde movement that not just problematized the role of art within life, society and politics, but put an end to it. A heroic deed which naturally made it the very last of all avant-gardes”—Wolfgang Scheppe 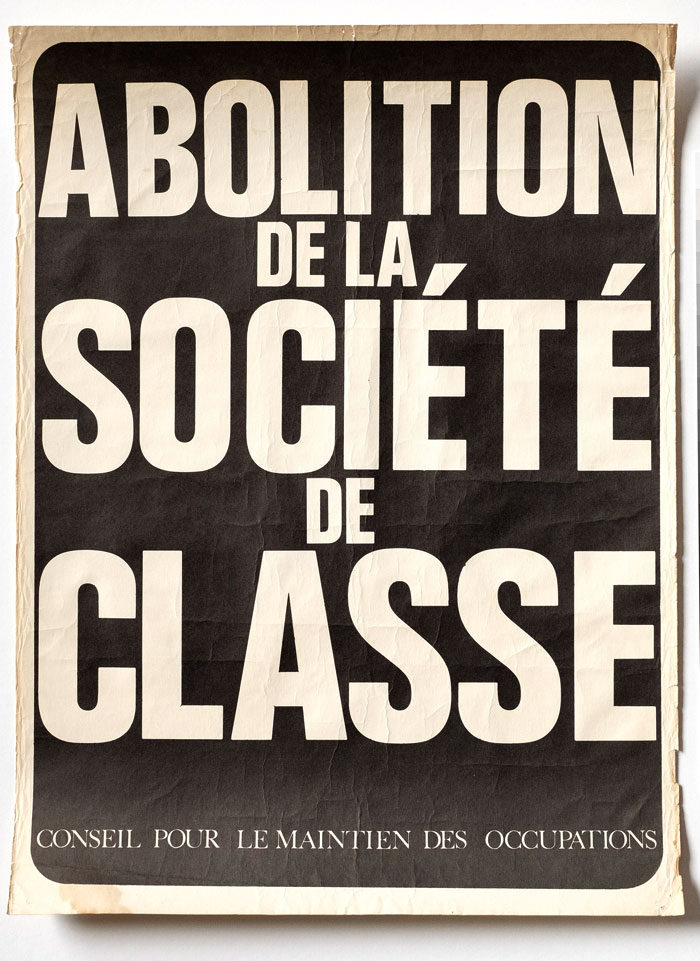 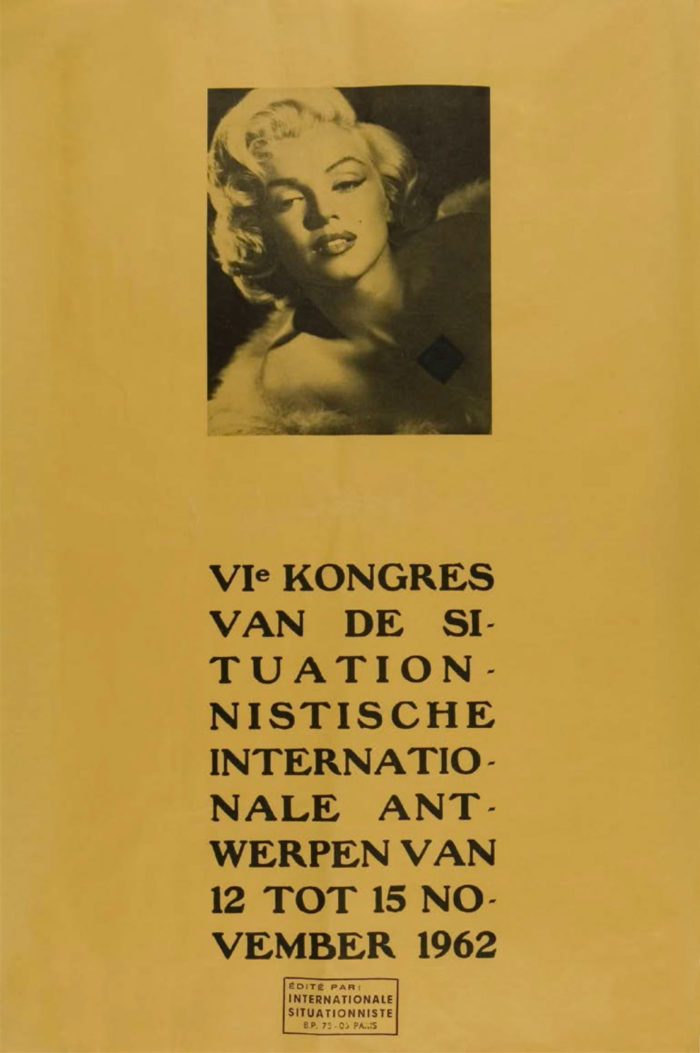 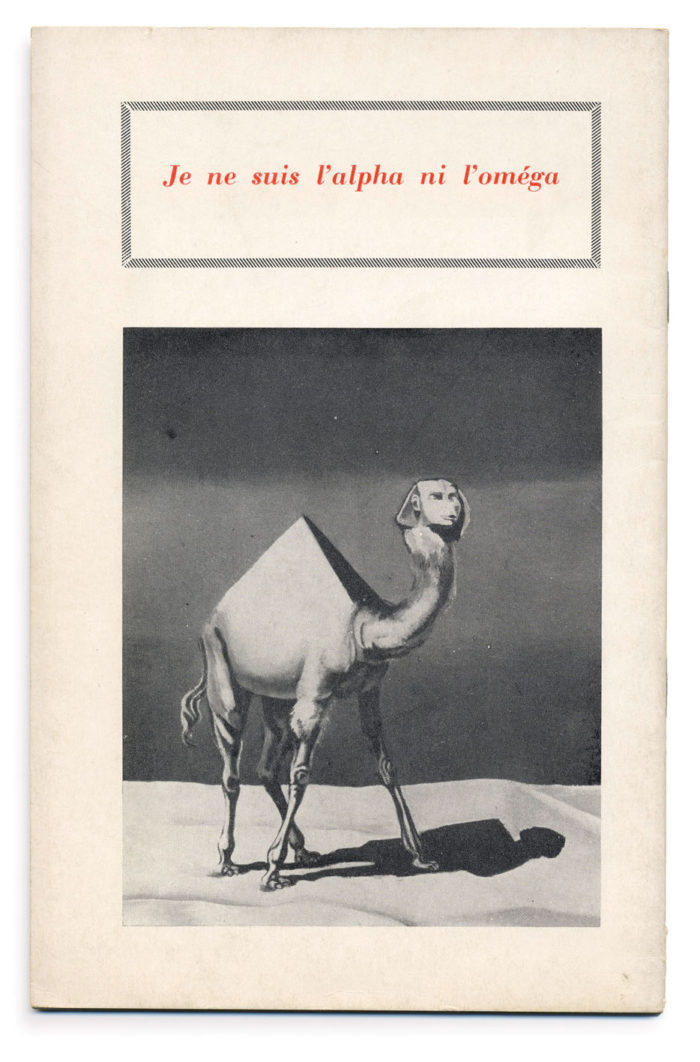 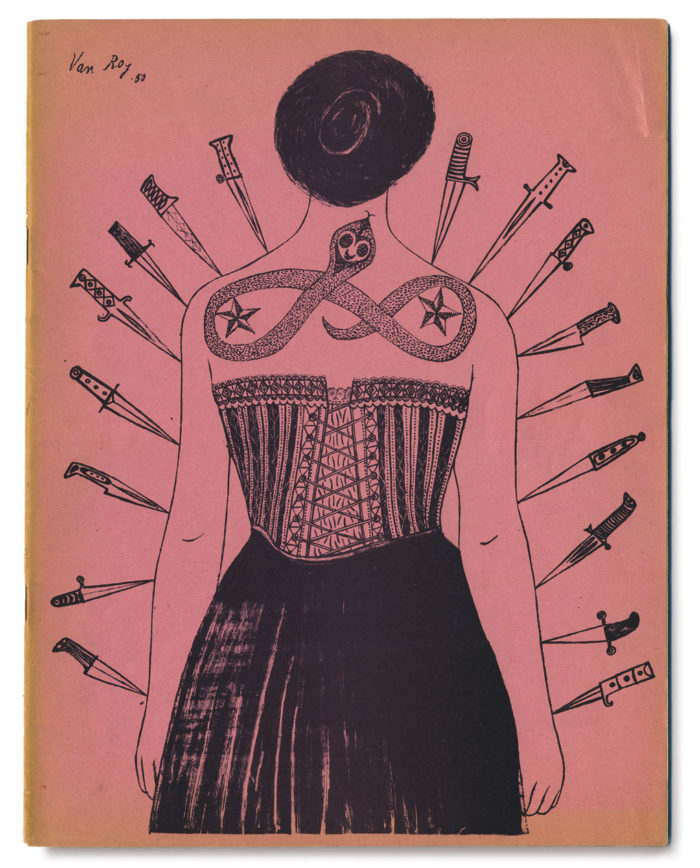 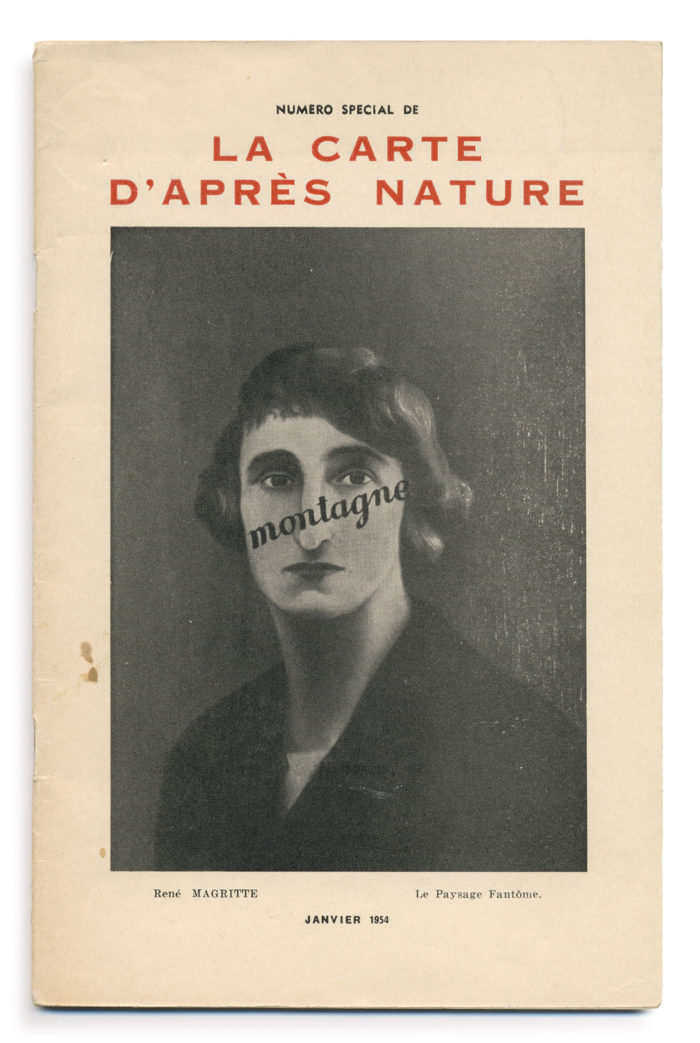 As conclusion, “The Archives of the Last Images” is a sort of exhibition within the exhibition where, the most successful situationist paintings and sculptures are hanging on a gallery-like wall—from Gallizio’s industrial paintings to Jorn’s modifications, with a focus on ensemble paintings. Beyond being a playful and performative act, favoring process over result, the collective oeuvre was most of all a way to overcome the role of the artist as unique creative genius. Already practiced by Jorn and some other CoBrA artists, ensemble painting was promoted in Alba’s workshop and around the situationist environment, to eventually even involve Ives Klein in a eigth-handed artwork with Jorn, Rumney and Ting, shown here for the very first time. 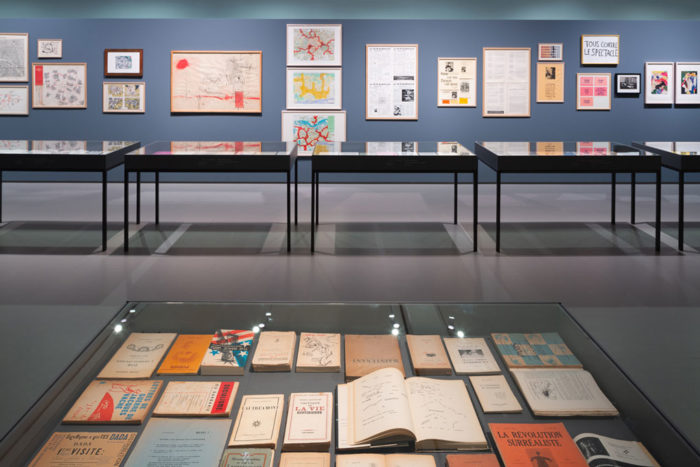 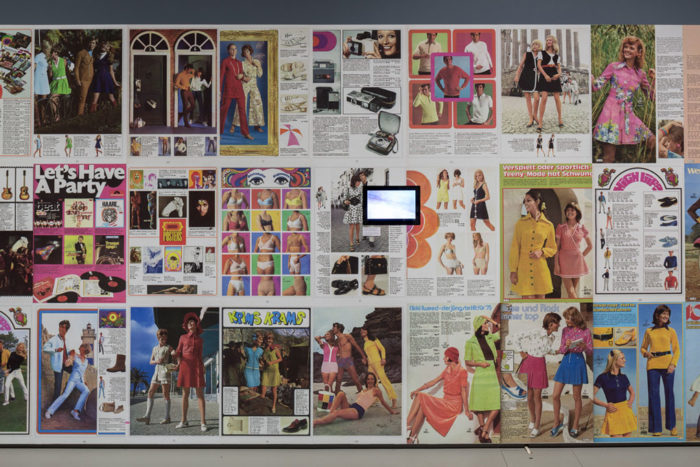 “The revolution is the most dangerous game. Because it could happen that it might be knocked down. Those involved may then be forced to give up. They would have to do this under penalty of the failure of their own biography”—Wolfgang Scheppe, Roberto Ohrt

Anyhow, no radicalism managed to rescue the soul of the arts, whose end was caused in an Hegelian way. In 1962, during the 5th Göteborg conference, it was stated that “the point is not to elaborate a spectacle of refusal, but to refuse the spectacle. In order for their elaboration to be artistic in the new and authentic sense defined by the SI, the elements of the destruction of the spectacle must precisely cease to be works of art. There is no such thing as situationism, or a situationist work of art, or a spectacular situationist. Once and for all.” From then on, all the energies were focused towards the greater aim, the true Gesamtkunstwerk of a movement that ever since its establishment declared that “first of all, we think the world must be changed.”

Sara Codutti has graduated from IUAV, Venice and worked on several exhibition projects in Italy and Germany. She currently lives in Rome, where she works at Studio Fabio Mauri.
ArchiveLibrarySituationist International
Applying Applied Ballardianism