The Moving Image Out of the Screen

One of the first events of its kind, the Biennale de l’Image en Mouvement was founded in 1985 in Geneva and was reinvented in 2014 as a platform for producing new works. For this 2018 edition, it was meant to be transformed by an innovative project. Alongside an extraordinary series of films, performances, and concerts, it includes also an exhibition designed to form a single, vast, immersive environment.

One of the peculiar characteristics of moving images is that, compared to other languages of the visual arts, they do not allow space or time for contemplation. They do not allow the parcelling of a fixed image through the eyes, while sounds and images have a synchronized and multidirectional development. In a more or less immersive way, you are always in the throes of an influx of input that can’t be stopped. A visual push, to which it is always necessary to be disposal at, so to develop, in a second moment, an individual syntheses, a completely personal and difficult editing to make objective.

The feeling, happy and positive, at the end of the inaugural three days of the Biennial de l’Image en Mouvement at the Centre d’Art Contemporain Geneve is quite similar. We feel the sense of having participated in a proposal of massive contents, continuous and circular (for the variety of proposed languages, the conveyed themes, the sudden changes in dimension between the various places where the biennial is dissipated) from which one got invested and to which one lends itself in consciously passive attitude. 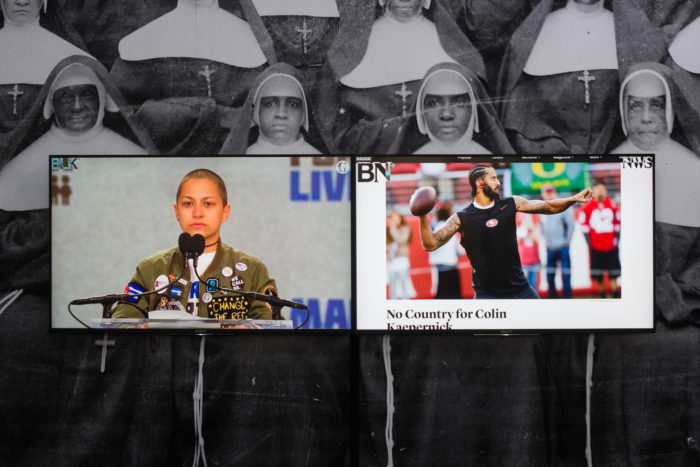 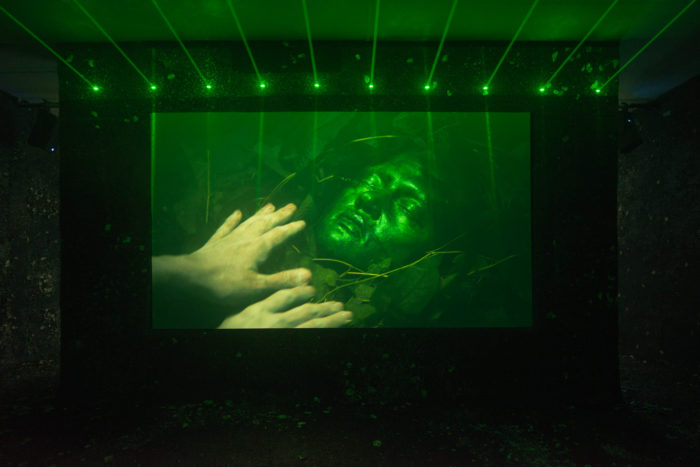 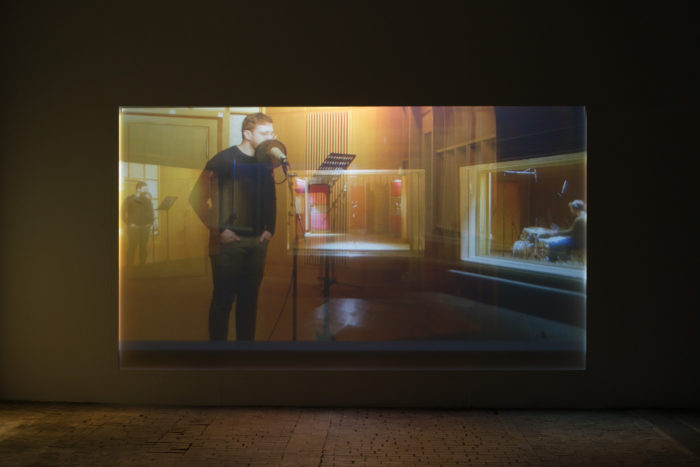 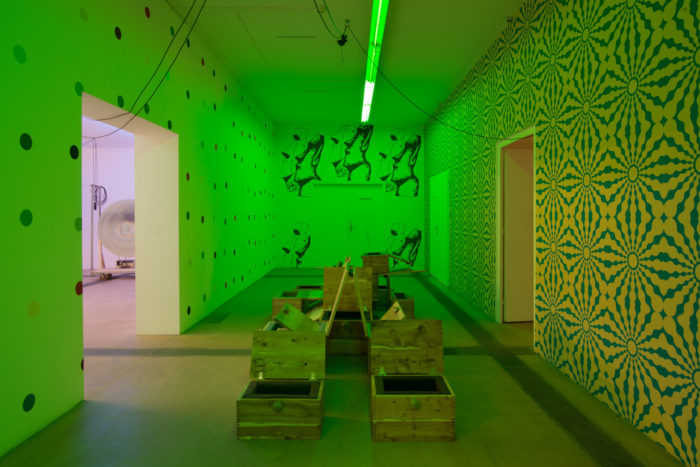 The Sound of Screens Imploding, by Andrea Bellini and Andrea Lissoni, is structured in such a way as to place the exhibition and installation part, on the same level, both the purely cinematic or the works destined to the big screen and the performative ones. Each section of the BIM contributes to the composition of a complex and multifaceted organism which appears solid and unitary.

The exhibition section, housed at the Centre, makes clear how the size of the screen can no longer be relegated to the projected surface but also extends to the surrounding space, considering the scenographic elements as an integral part of the work of each artist. These environments are designed to amplify the sense and to transmit its contents with ever greater effectiveness and reducing the distances with the spectator. In fact, they are incredibly curated environments that allow, compared to the simple reproduction on screen, to dedicate themselves to the work in its completeness and complexity, stemming one of the major problems of video exposure, too often exhibited without creating the right conditions of fruition for the public. Particularly significant in this sense the works by Korakrit Arunanondchai & Alex Gvojic, Meriem Bennai, Fatima Al Qadiri & Khalid al Gharaballi or Lawrence Abu Hamdan.

Different, but just as valid, the food for thought triggered by the film section of the biennial. Beyond the spectator-opera relationship, more usual in this case, many of the films presented have the quality of seeming open platforms, organisms from potentials not yet fully used as in the work of Khalil Joseph or as in the case of James Richard and Lesley Thornton , they seems places to activate searches and open narratives, updated from time to time and only temporarily defined and delivered in emergency just for BIM. A good degree of experimentation and risk is also found in the work of Neïl Beloufa, which for this occasion changes a lot of stylistic and formal terms (the ad hoc scenarios that characterized the most recent productions disappear), as in the decision to free the camera, abandoning it in the real world, undertaken in the work of Eduardo Williams with Mario Blatt or in the meta-cinema reflections told by James N. Kienitz Wilkins in a work that makes you think of a zero degree of cinema. Overall it affects how different registers and expressive characters are able to find content in a single schedule, probably due to the curatorial duo, able to put at ease any author, giving absolute freedom of expression and sharing the risks with them. 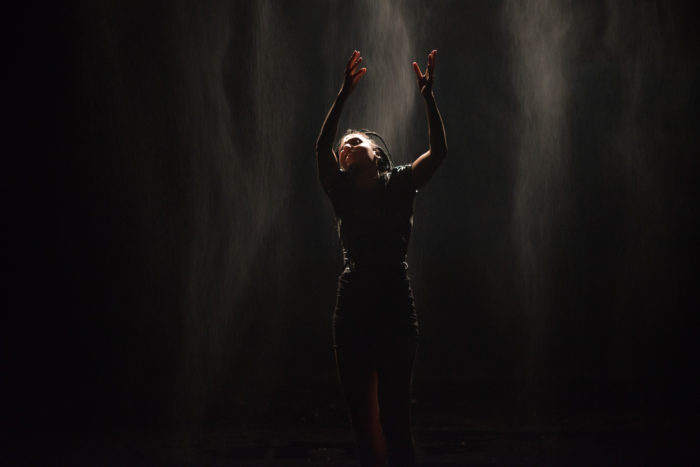 If that of Elysia Crampton is too similar to a frontal lecture, perhaps without having the level of depth necessary and someway resulting too much umbilical, those of Ligia Lewis and Pan Daijing are incredibly effective and make clear and shareable the relationship between sound, image and subjects that constitutes also one of the key points of this Biennale. 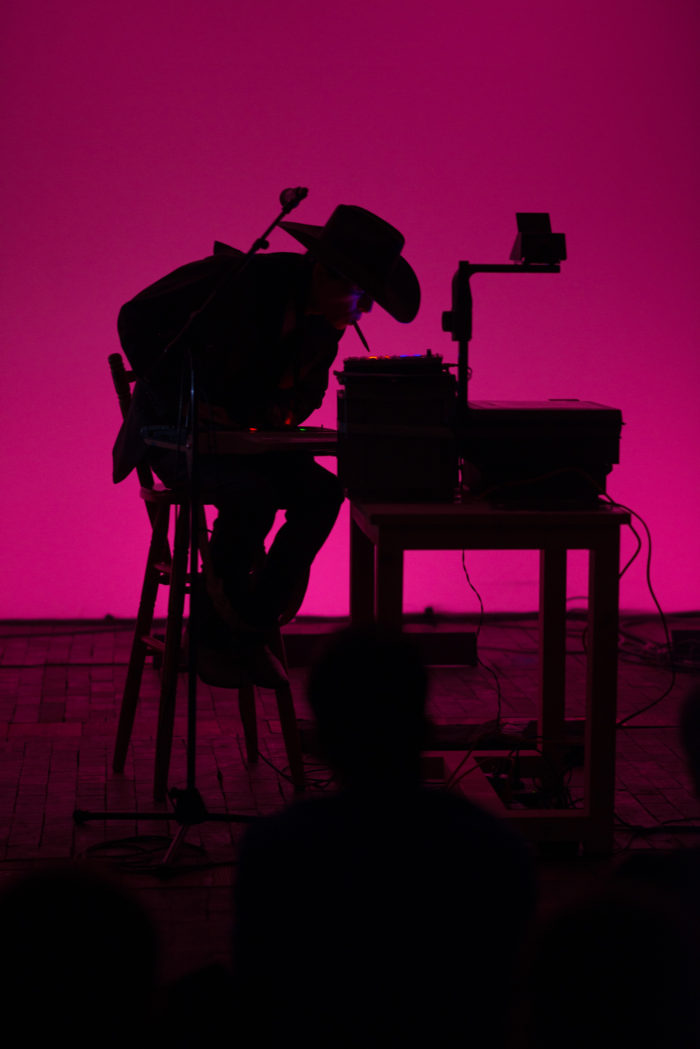 Going now beyond the aspects more specifically related to the contents of this edition, we must also consider some exemplary productive and organizational aspects, whose effects could positively affect the whole system of moving images and contemporary biennials. In fact, since three editions, BIM of Geneva has been producing or co-producing the films that premieres in theaters. The fact of being a producer, as well as a content exhibitor, is a rarity both in terms of biennials and film festivals, demonstrating real cohesion with this scene, primarily with artists and authors. Equally—if not more—important is the commitment of BIM in terms of distribution: if finding the funds to produce artist’s films could seem a problem, even more problematic is the circulation and diffusion of the works themselves. To make this critical aspect a source, BIM has already created a distribution network and solid platforms in which to present the works presented in Geneva in whole or in part, as, for example, with the Swiss Institute of New York, Palazzo Grassi in Venice, OGR in Turin. 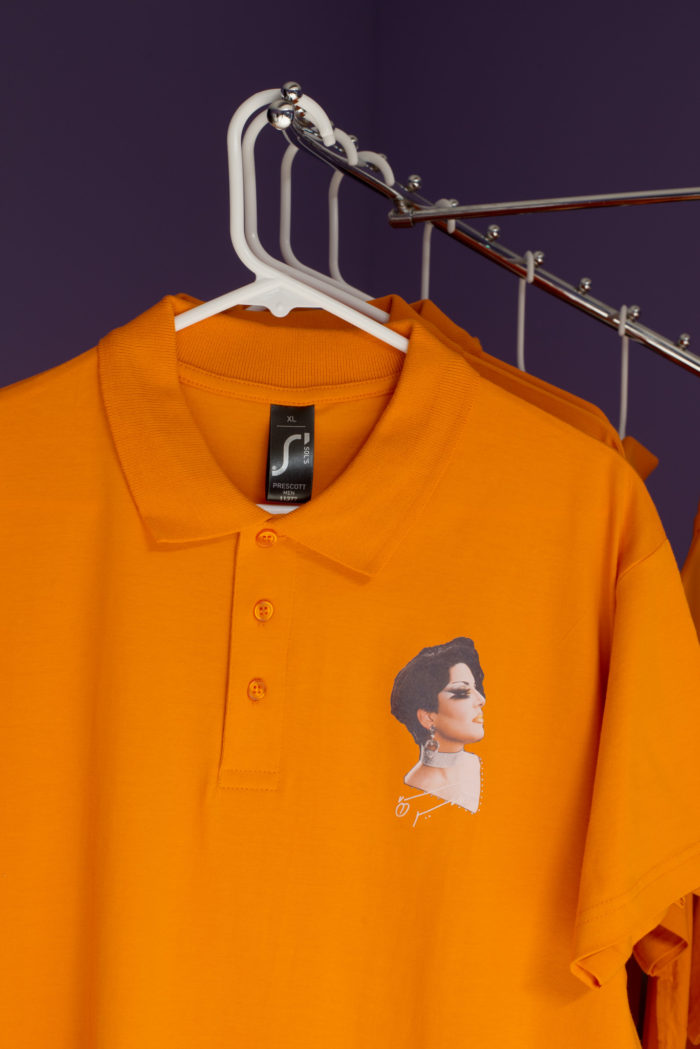 The intrinsic verticality of BIM, together with the city that hosts it, ultimately constitute a guarantee to preserve it from the cultural tourism that is increasingly marking the contemporary Biennials, impoverishing their contents and cooling the public’s feelings and critic capacities. That of BIM, on the other hand, seems to still have a measure capable to contain sincere interest with respect to the contents proposed and to initiate exchanges and relations between all the subjects involved. How to close a nightclub at 5am in the outskirts of Geneva.

Davide Giannella is an independent curator. His research focuses mainly on the possible relationships between the art system and the different areas of the contemporary cultural horizon (cinema, architecture, design, publishing, music) as well as on translation and declination in different contexts and platforms of projects and artistic contents. He has curated exhibitions for public and private institutions as also shows for film festivals in Italy and abroad. He is part of the scientific committee of  Triennale - Teatro dell'Arte and is co-founder of the milanese project space MEGA.
LiveperformanceVideo Art
New Epistemologies of Togetherness