Ezio Gribaudo (b. 1929) is an artist and art publisher who lives and works in Turin. By assimilating into his artistic trajectory the job of art publisher, in which capacity he worked with some of the major figures in modern and contemporary art, Gribaudo developed a series of impactful publishing ideas that influenced his artistic output, part of which was forged in dialogue with different printing machines and mechanisms. He created books for the most important Italian publishers. More than thirty monographs on artists were published under his direction in the series Le Grande Monografie for Fabbri Editori (1966-1990), and which included monographs on such major artists as Karel Appel, Francis Bacon, Alberto Burri, Giorgio de Chirico, Marcel Duchamp and many others.

Like an illustrated glossary of key terms, Gribaudo developed his work through the articulation of a number of basic themes, starting with his Flano (Flong) and Logogrifo (Logogriph) works. This publication, made in conjunction with the eponymous exhibition curated by Lilou Vidal at Etablissement d’en Face, in Brussels, unfolds as a sampling object: it features a selection of works sourced in Gribaudo’s bookmaking and the knowhow it requires; the latter not only defined the modular aesthetic and graphic process specific to his oeuvre, but also fostered an autonomous and independent creative freedom that was auspicious for experimentation. 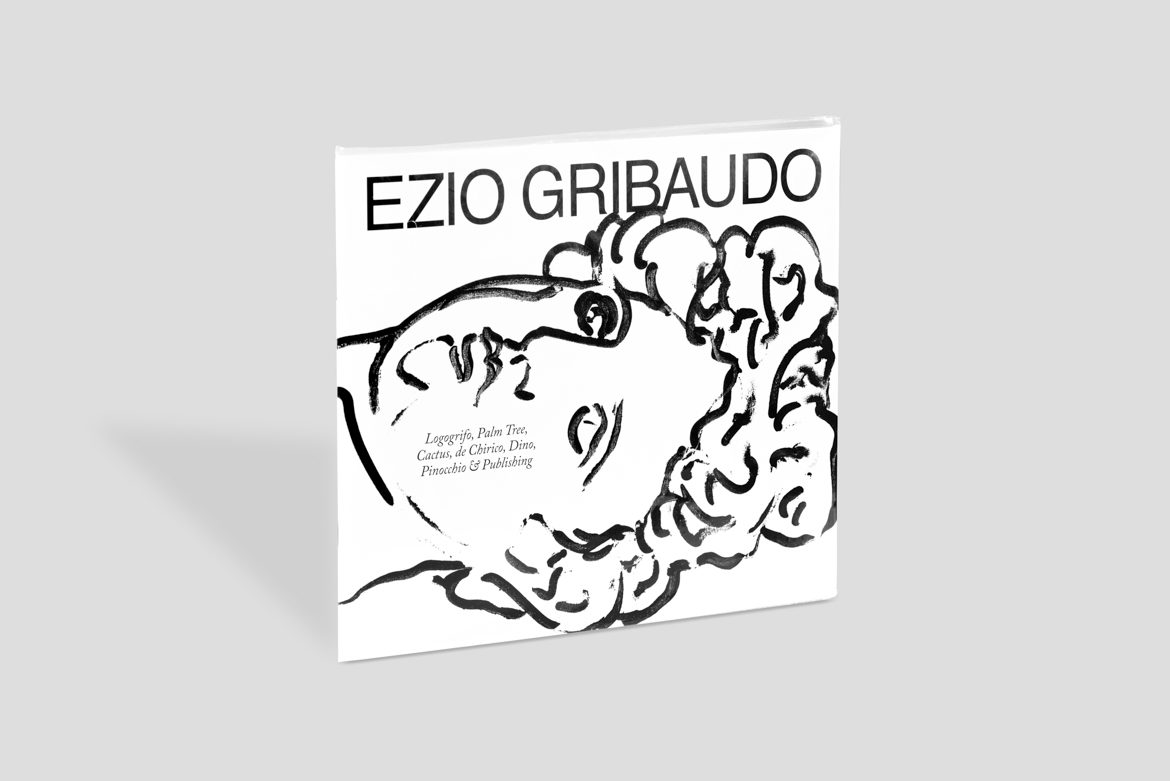 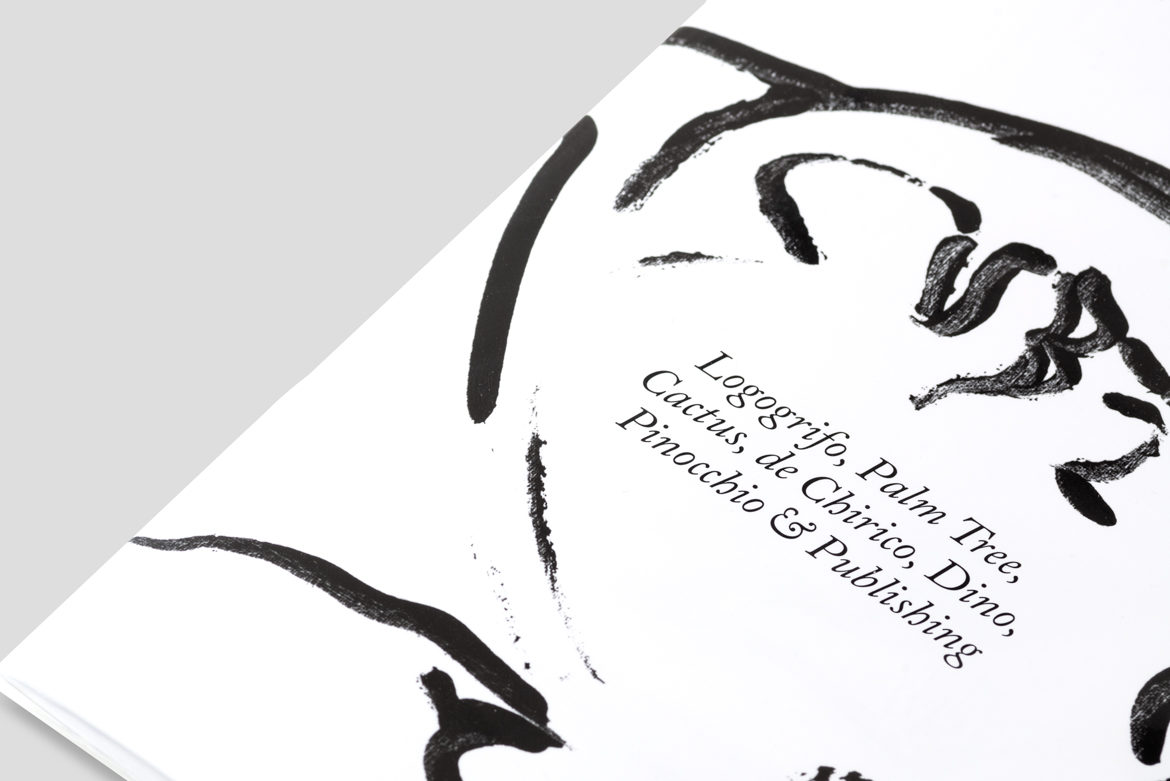 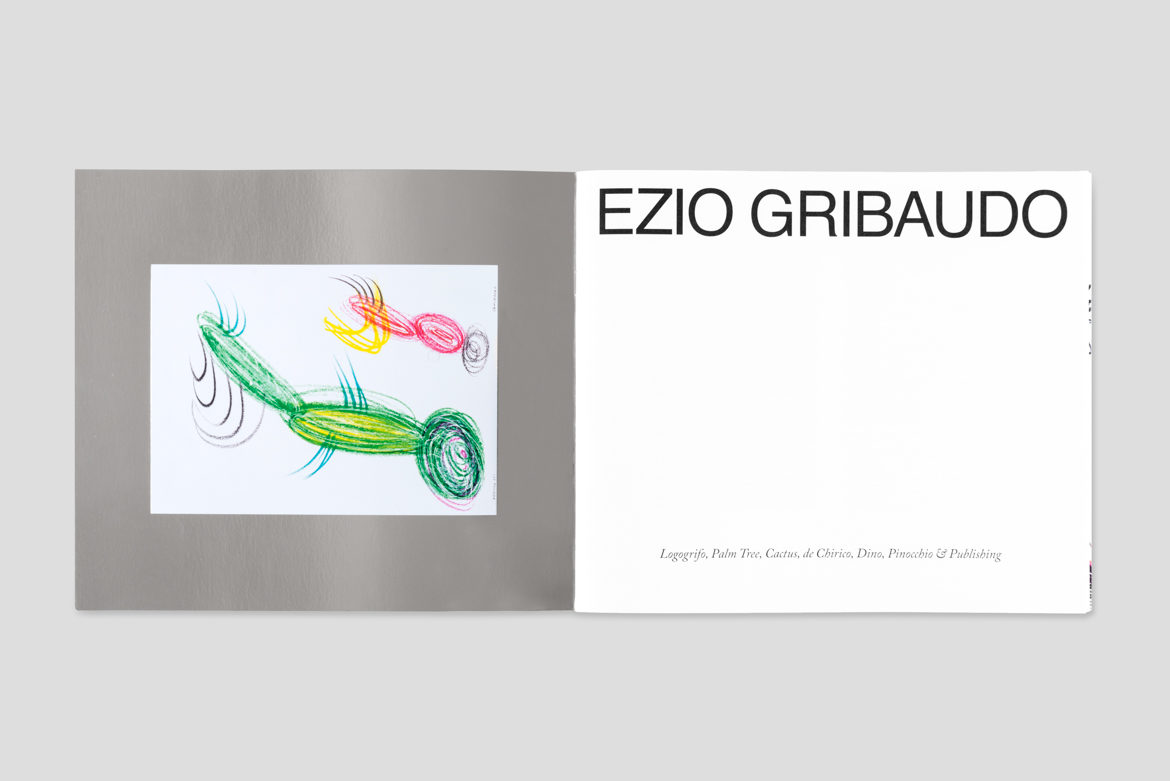 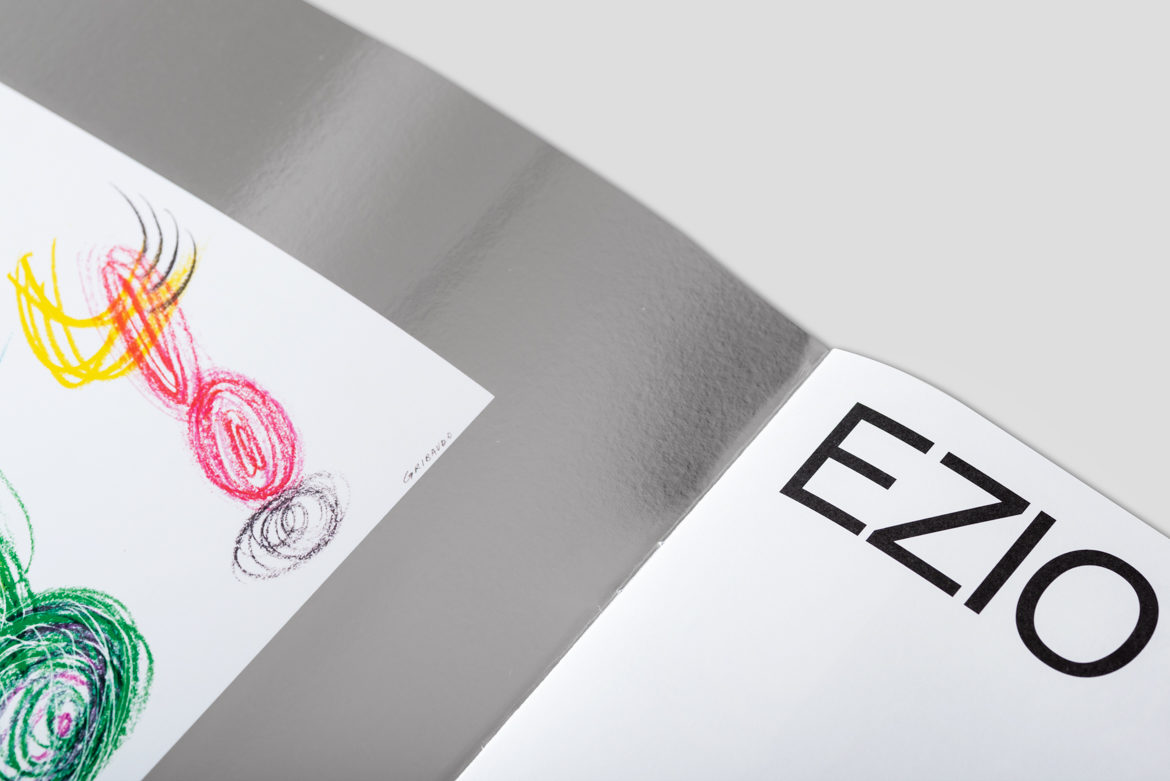 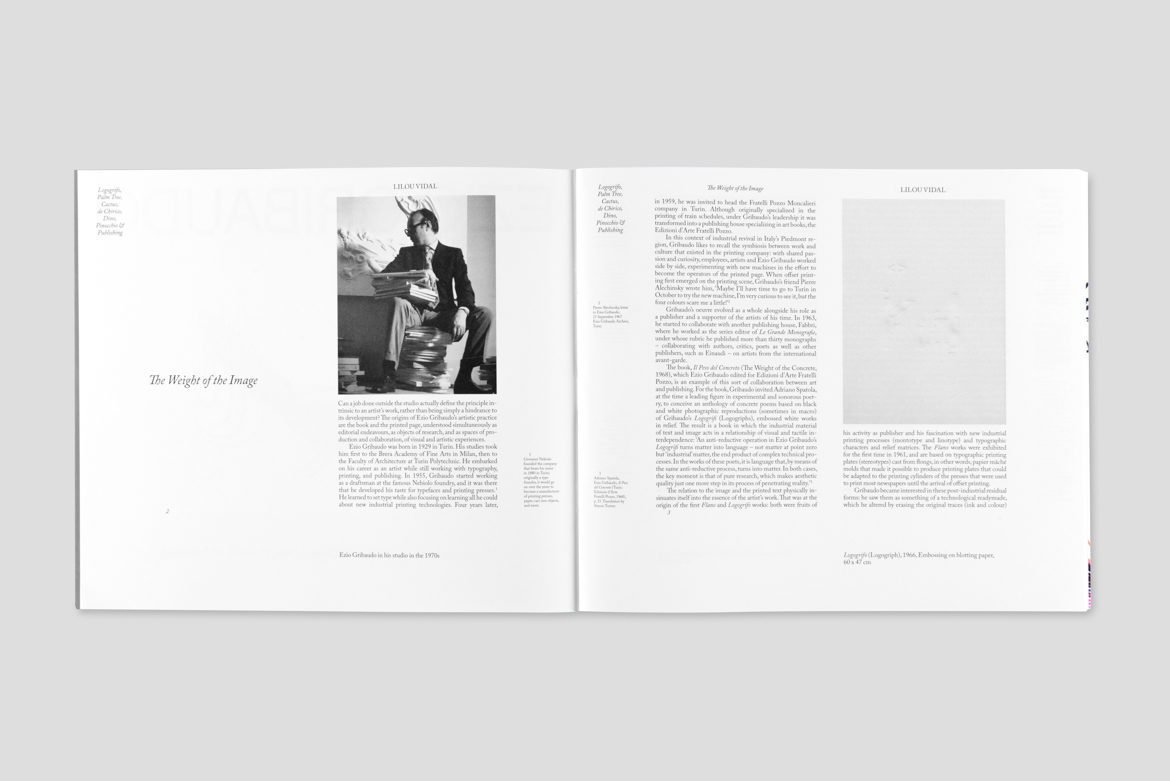 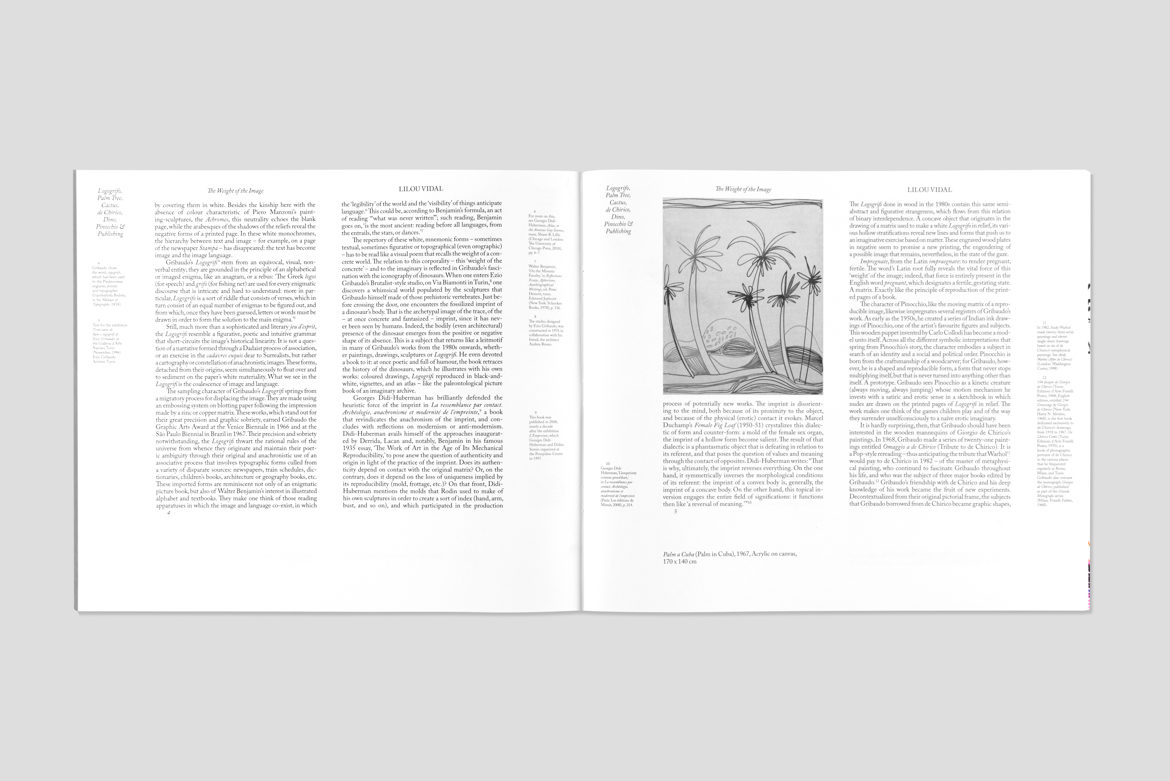 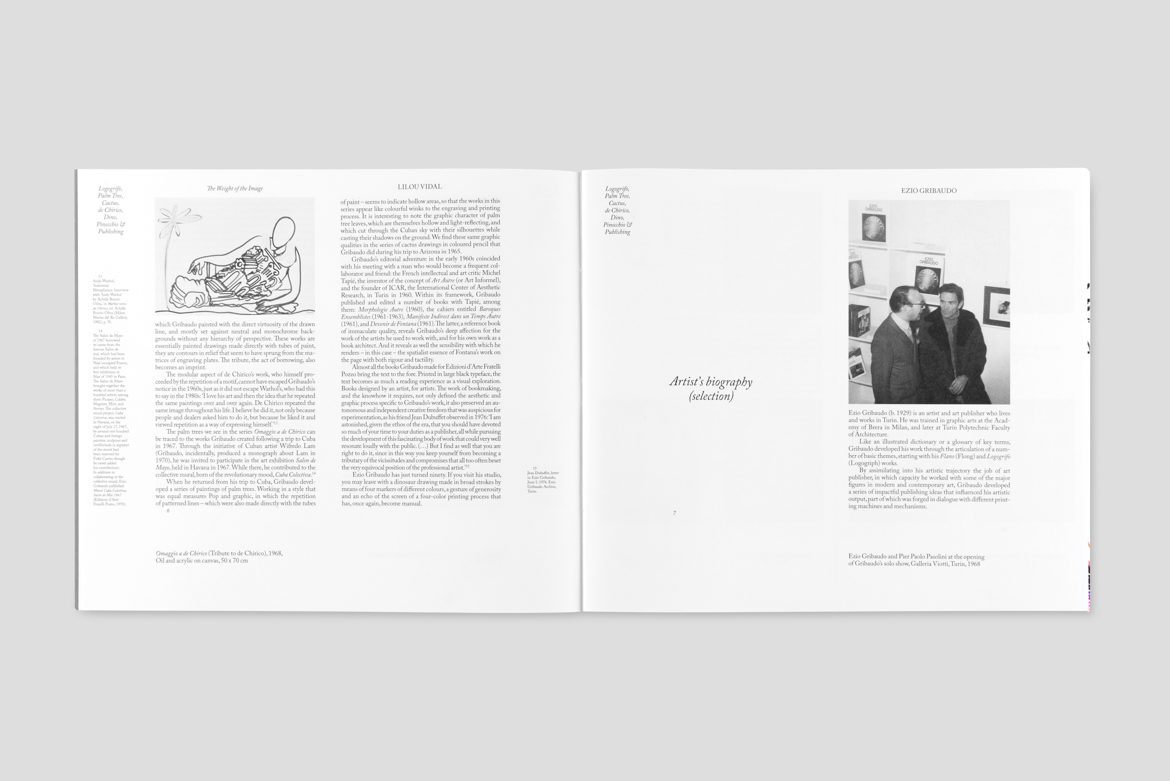 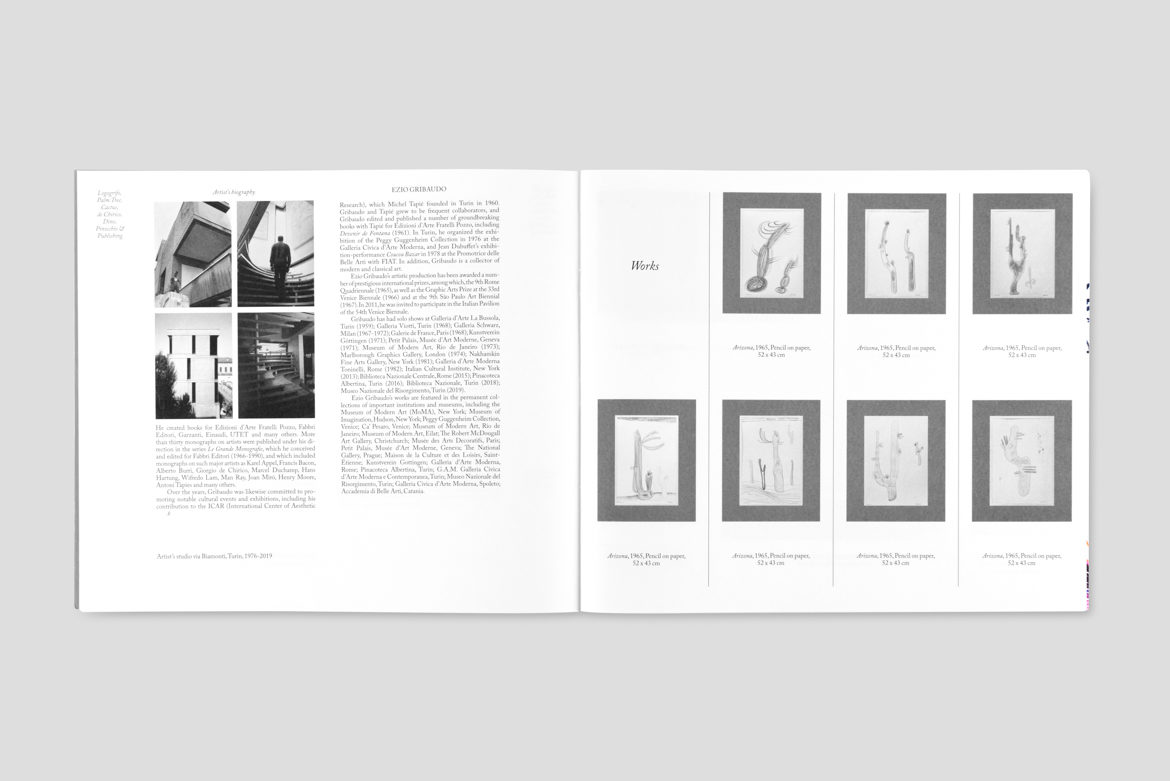 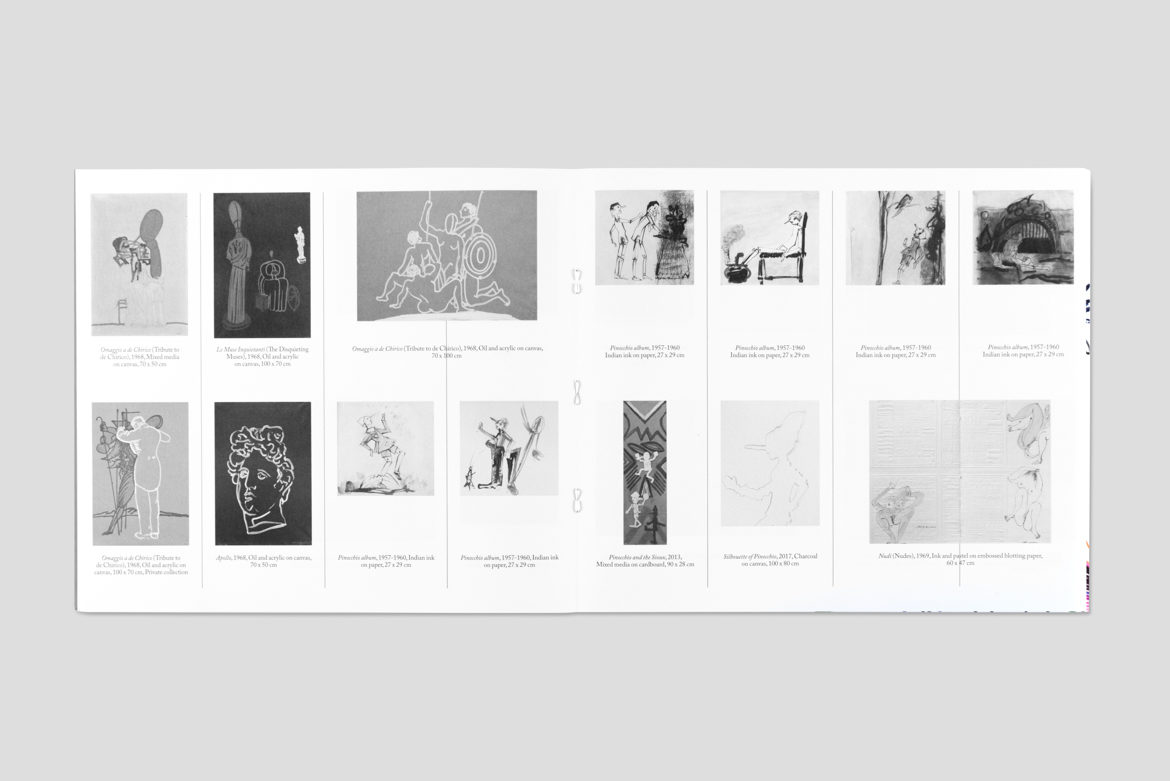 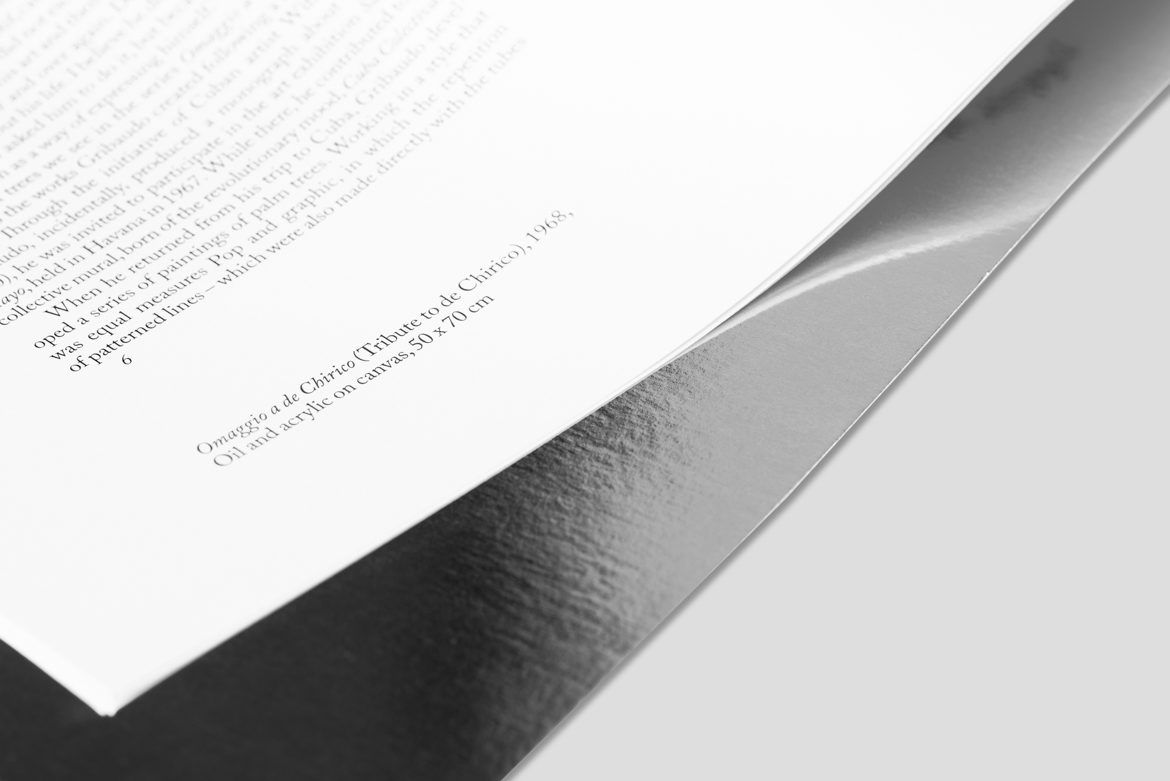 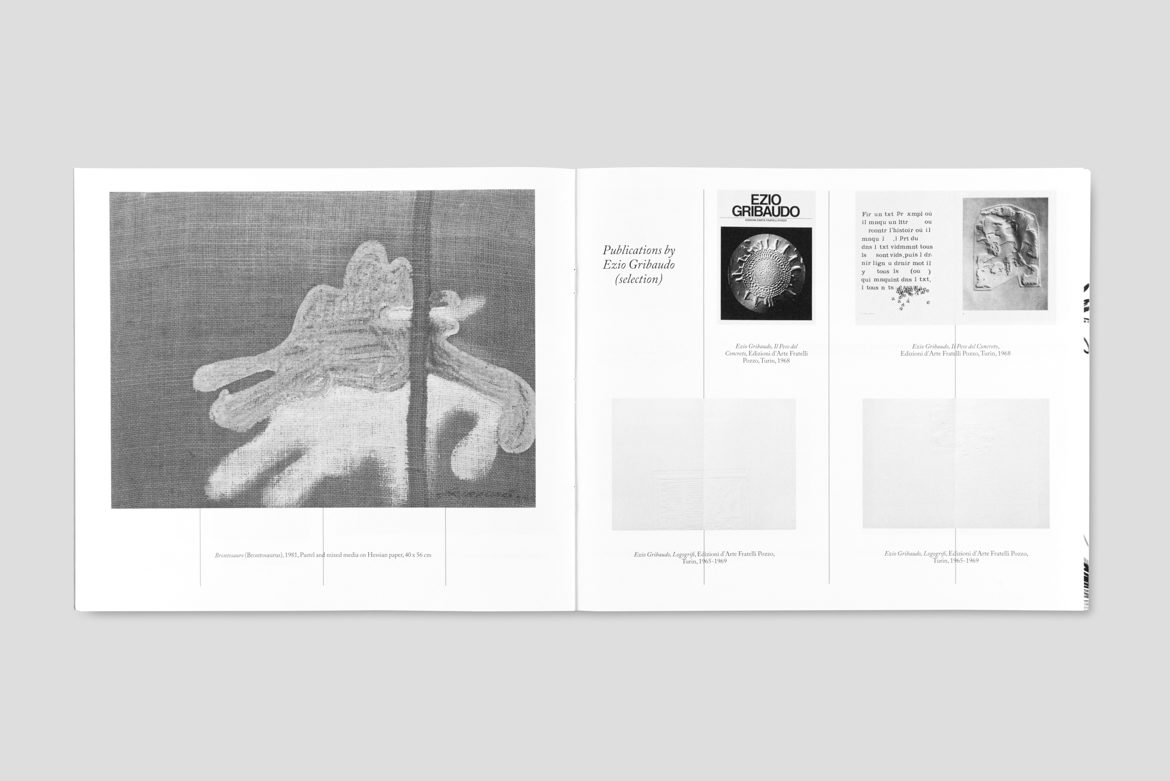 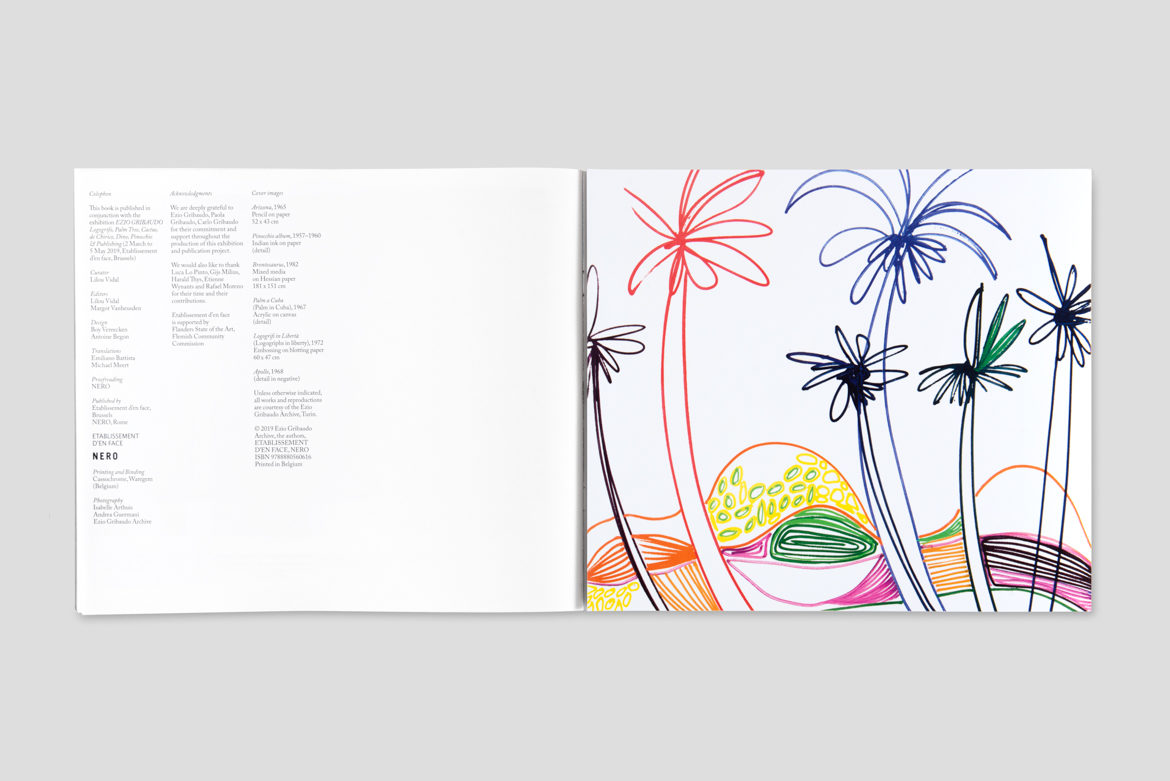 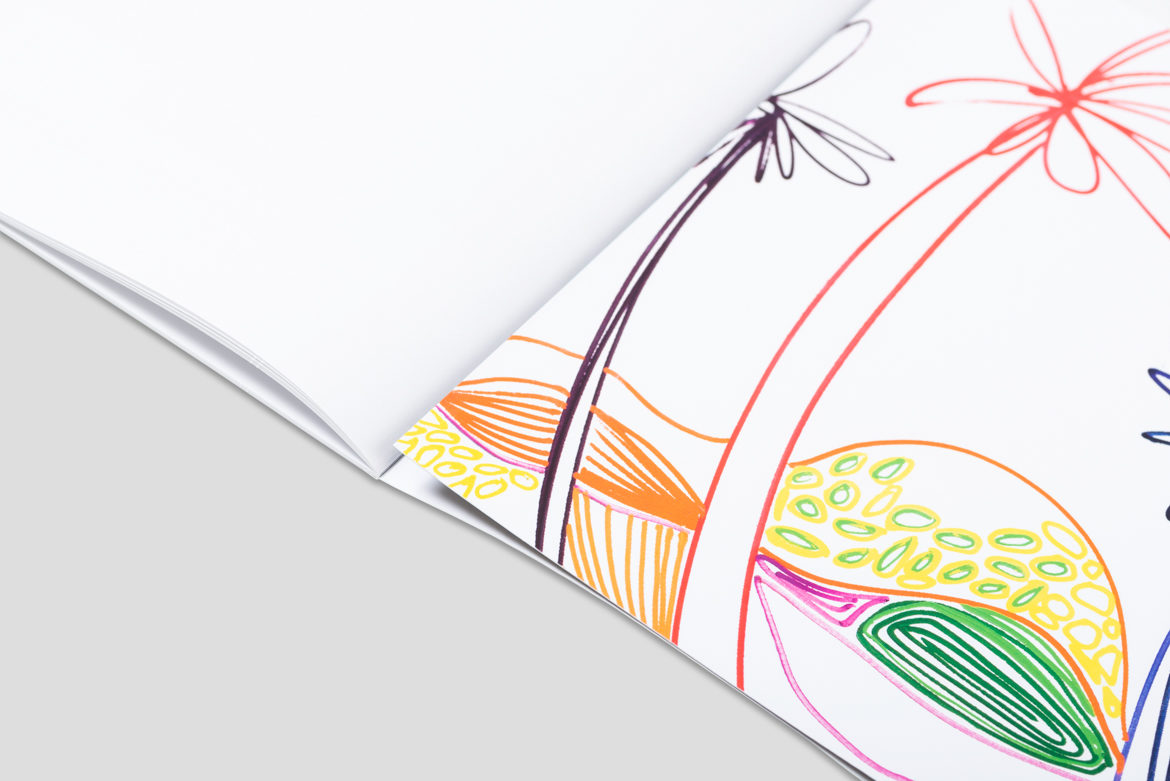 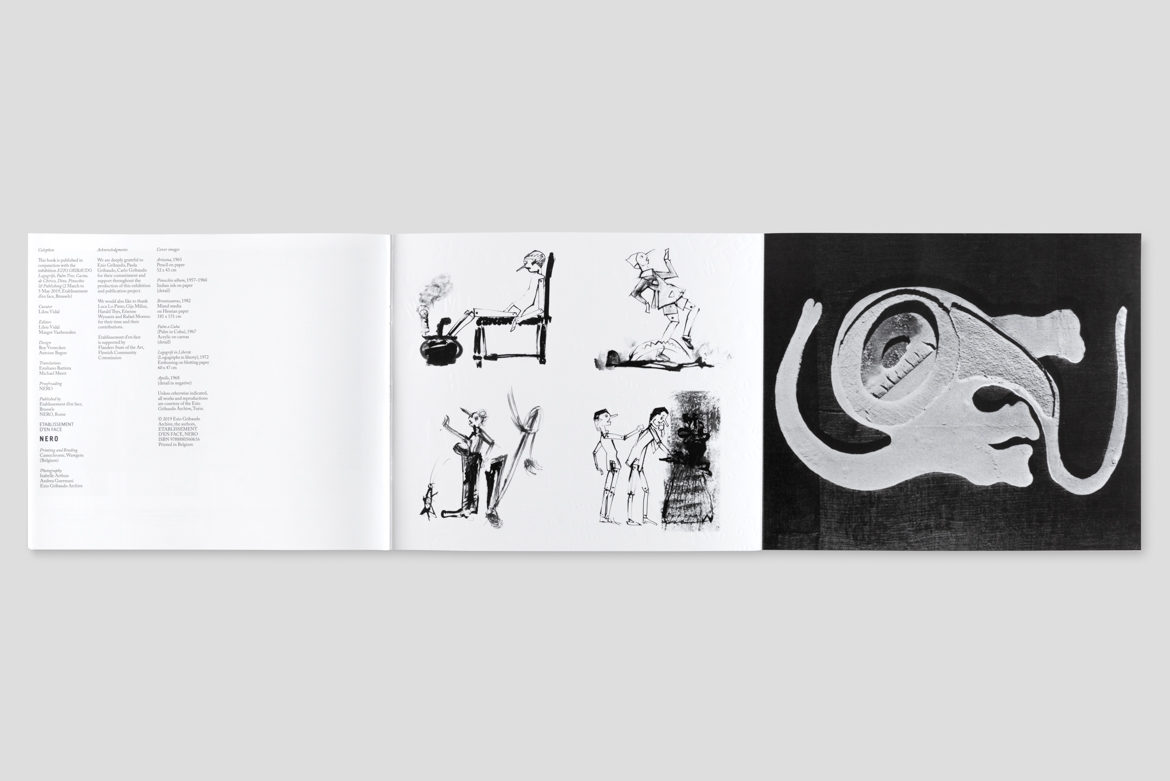 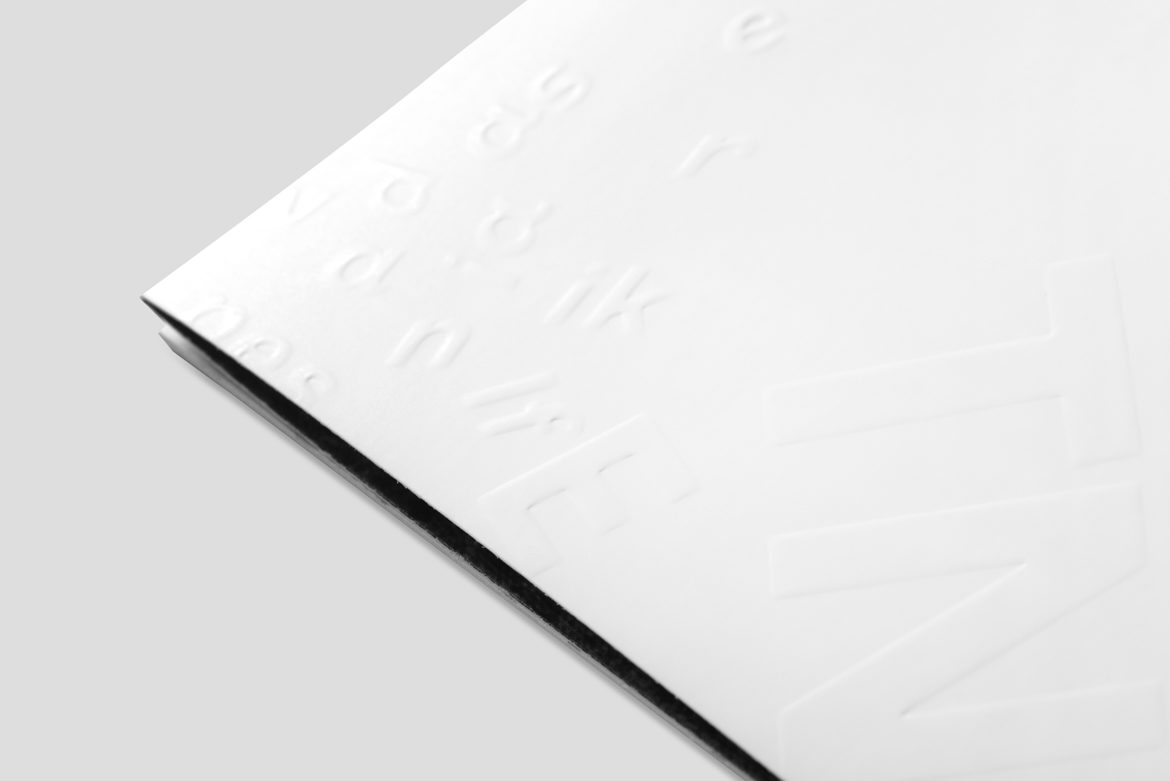 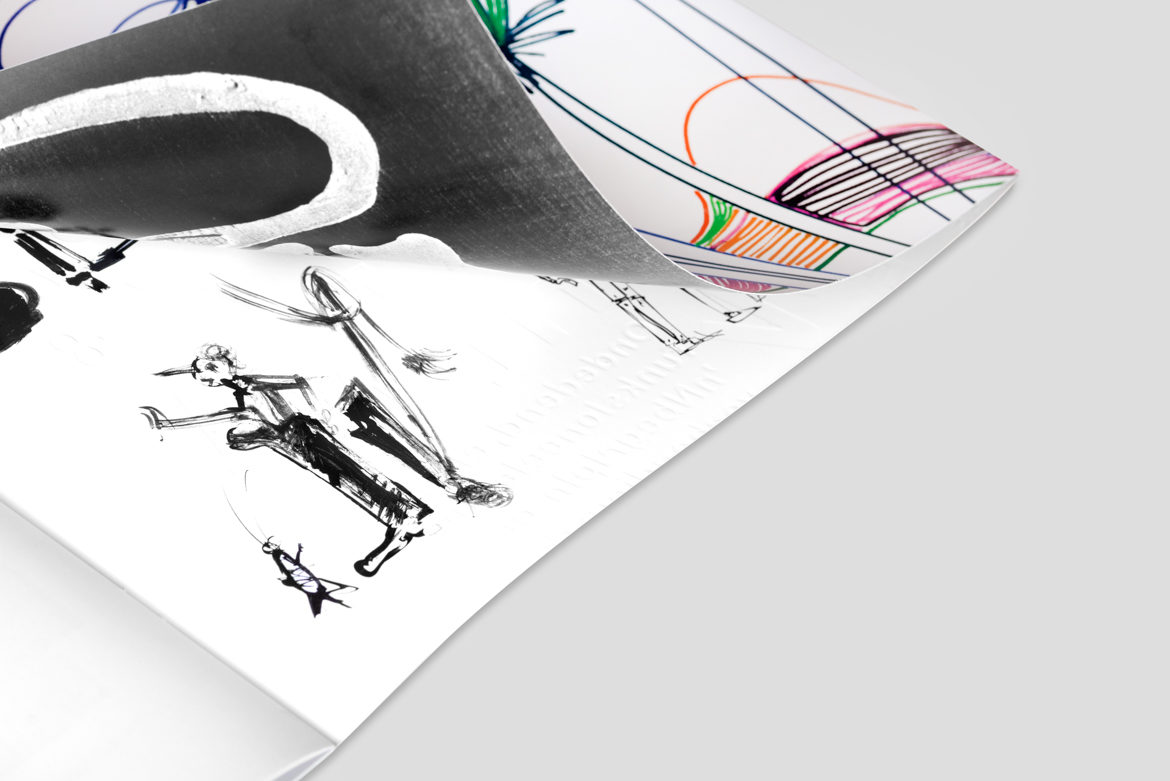 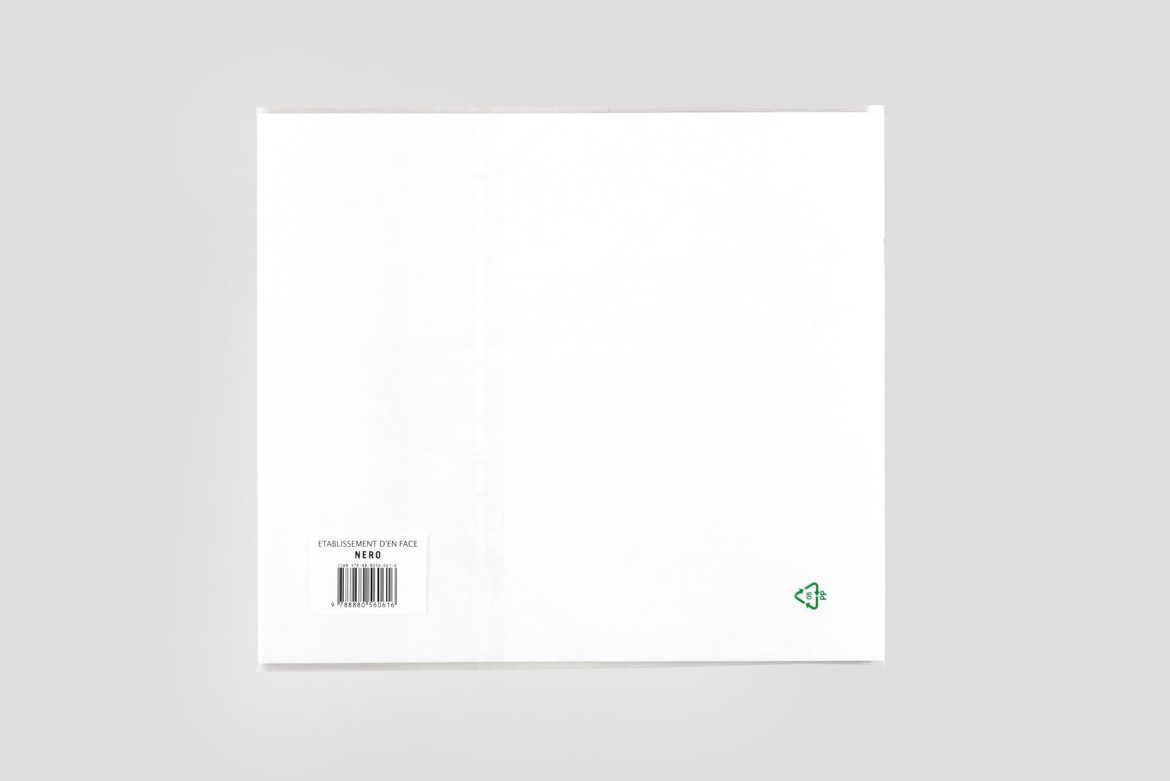