Here it is Elsewhere

This week Bologna hosts the eighth edition of Live Arts Week. Curated by Xing, the festival is dedicated to live arts, presenting a heterogeneous program of live works that revolve around the presence and perceptual experience of bodies, movements, sounds and visions. The following is an extended version of the curatorial editorial and an interview to Xing and Gianni Peng.

According to Censis’ 52nd report, Italian authoritarianism is best understood as “Psichic sovereignism, rather than political.” This investigation is not only interesting as an analysis of data regarding the state of the Italian economy, but also because it offers a panoramic on the crisis of subjectivity in the age of resentment-fueled politics and of populism’s rise to power. “The redundant term ‘sovereignism’ refers to the conflict between nation-state and European technocracy, as well as to the consumer-citizen’s internalization of paranoia and scapegoating,” which expresses itself through “egotistical self-satisfaction through consumption, even as revenue stagnates.” We live in a “biomediatic era” where the relationship between the self/the ego/the “I” and the media system has been reversed: the subject has become the central protagonist on platforms which otherwise have no other content. It’s a sort of “showcasing of the self,” where life is transformed into a brand of the self. 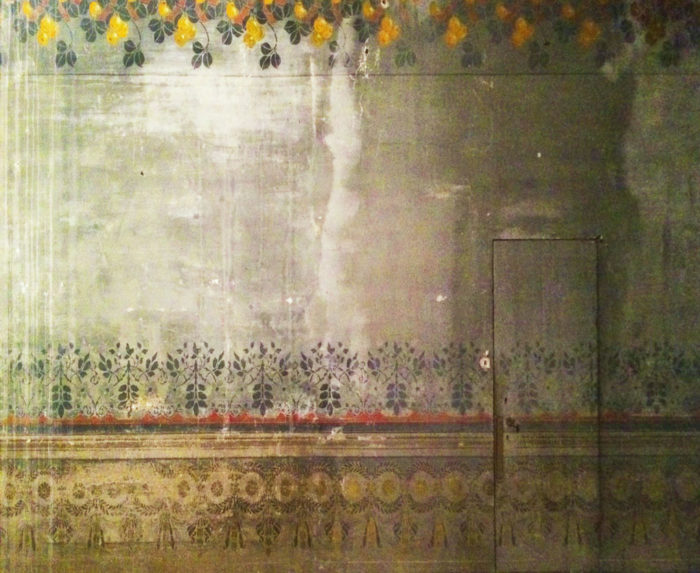 Simon Vincenzi, The Song of Silenus (day), courtesy the artist 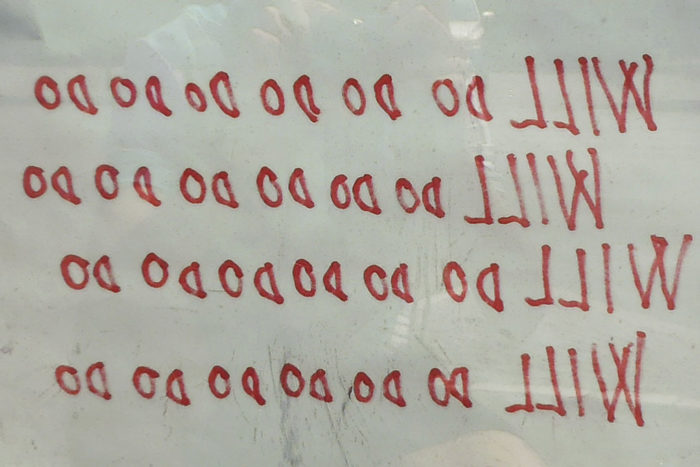 The development of this edition of Live Arts Week, Peng VIII, reflects the “enchantment” of the context in which it operates. The program perforates the city, weaving a sort of embroidery into it; we are in an urban center, but in the gaps (empty, residual or potential) between gentrification and consumerism. To this city, we have invited artists who have decided to take their responsibility. Marcelo Evelin returned to Brazil to create a show there, in “his” place, and will now witness itself (the strong political tensions and precarious conditions of those bodies) every time he touches the European stages.

Sorour Darabi, Iranian expat, shocks us (and themselves) with the violence of gendered language (as is the case with French grammar, which categorizes everything into feminine and masculine) against the sealed definition of an identity. A group of teenagers in a Berlin distracted by wealth and comfort rediscovers Catherine Christer Hennix, one of the main exponents of the cultural revolution that, in 1960s America, gave birth to a complex communion between math, sound, and philosophy. Hennix has never stopped meditating, and today she is accompanied in her research by a Turkish Muezzin master with which she ties Koranic canon to pre-socratic tradition. Simon Vincenzi has been operating in London for over two decades, overturning the lights of a theater now exhausted. He resembles an Elizabethan figure who has chosen to achieve a conscious flight and re-foundation with his online project operationinfinity.org, A Fugue State of Theatre Hosted On The Internet, which accompanies the implementation of all his productions. Michele Rizzo lives and works in Amsterdam, where he creates a series of performances in which he translates the encounter between the ecstatic traditions of the club scene (which are slowly being revealed), and the new media landscape which turns departure from reality into an inescapable structure. Baroktegreat, a duo based in an indifferent Verona, stubbornly studies footwork, a subculture born in the streets of Chicago, reinterpreting its rhythmic eruption into a process of abstraction where limbs seem to take on a life of their own, extending from the body in a flux of streaking, snapping movements (Ghosting). 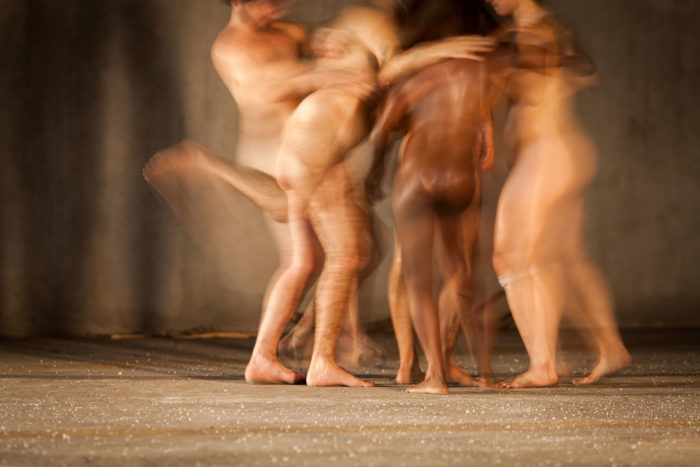 This edition of Live Arts Week will be telluric, impatient:  it will “pass like a fluid through the flesh. A celestial infection?” In the pages of the publication that accompany Live Arts Week VIII we won’t provide theoretical premises, or expertly arranged rhetorical figures. We will only present testimonies, visual sequences, formulas, fixations and neuralgias, non-elusive strategies, and evocative parades. Paraphrasing Marcelo Evelin: “This evocation is not a reaction to that evil. It is instead a diffused and feral act of resistance, an affirmation of something intangible and unclassifiable, which rises like waves from the outskirts of the accepted. And could this doing of the body be another form of thinking? Do we know what earthshine is? It’s the light that shines from earth onto the parts of the moon we can’t see: the light of the moon reflected off the sun, reflecting off of earth.

Abstraction and geometry become hypnotic and spiritual, from the whirlwind to the downturn. Spacewalk invites us to immerse ourselves in an abstract structure of possibilities and “let ourselves fall in places where movement continues behind closed eyelids.” Space is a receptacle for representations, imagination, and figures. Much like in Robert Breer’s “motion sculptures,” which navigate at imperceptible speeds, colliding with each other and changing direction, a proto-feeling is created in the visual field of the observer, an ephemeral shockwave. Hennix’s infinitive digital compositions also suggest an open space-time, as does Ellen Arkboro and Marcus Pal’s slow harmonic ascension, or the Song of Silenus. With Fake Synthetic Music, Stine Janvin humanizes the sounds of dance music, processing them with her voice to create the auditory illusions of a deconstructed rave. Doro Bengala’s Fontana di Fuoco, which uses explosions as sounds, and sounds as if they were explosions of color, is a reflection of a reflection. So is the off-putting dialogue of Gelateria Sogni di Ghiaccio & Friends’ talking heads. 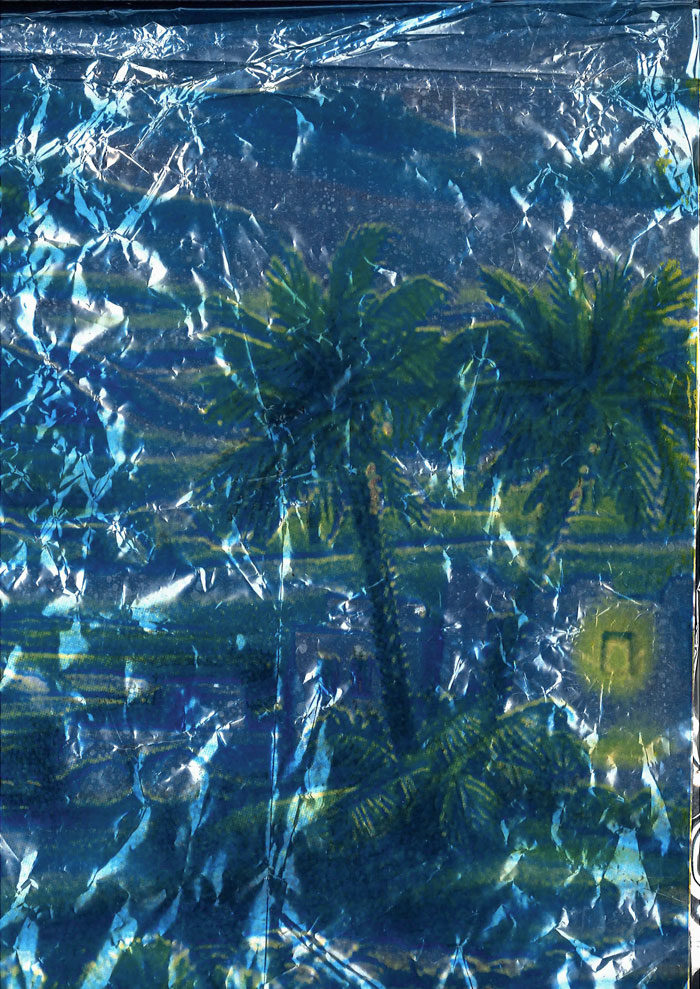 In the places we will temporarily open, strange landscapes and the unconscious come into play, night is offered to the visitors of Peng VIII as a moment to fill with purpose. It will also be a feast, in part to celebrate the spirit of the infesting: we will be guests and we will make ourselves guests, in spaces where there will be no masters. Rather, we will only find some champions of a psycho-somatic pioneering spirit, at the entrances of polycentric gates. This is perfectly exemplified by La Monte Young and Marian Zazeela who live a 33.6 hour day. We are looking for another circadian rhythm, against the biomediatic era and for a new chronobiology.

What is the main theme of this edition of Live Arts Week?
From a methodological standpoint, we avoid using themes. Rather, themes spontaneously materialize from the constellation of artists that we involve in each edition. The issues arising from each individual vision are then outlined in the publication that accompanies Live Arts Week and in the brief text that introduces it. This year one thing emerged that we like to re-quote: the action of the body as a form of thought.

How does this injection of live arts coming from different geographies and contexts interact with the local scene and social life in Bologna?
It’s hard to talk about scenes in this moment. Bologna, like many other hubs of culture, has been transforming: things have been changing quickly and a paradigm of individualism is being led to prevalence by the younger generations, with which we are still interested in an open dialogue. Social life, on the other hand, is not quantifiable with data, and Bologna is no exception: one side of society is preoccupied with its own fragmentation, while the other is engaged in regressive forms of normalization. Clearly all our reasoning on the live arts, the practices and the forms of expression that we are collecting under this term, deals in good measure with the position of the contemporary subject, the forms through which it is represented, the strategies of re-appropriation and expropriation, and with a political discourse that still has, unbelievably, to do with emancipation. What we are attempting to do is to intercept currents, which are characterized by a molecular composition. Here, geography takes on a strange role: instead of producing distinctions, it is ungrammatical (“geosgraphy“). And we find incredible points of affinity, of synchronicity, in the most disparate points of the world: here it is elsewhere. 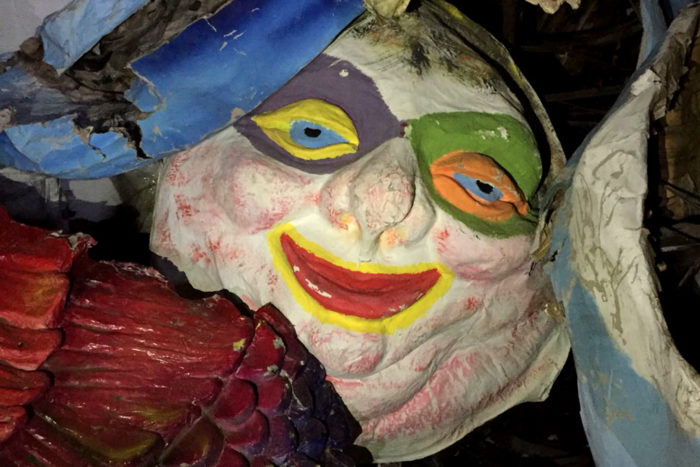 “The night as something to be filled in” but then with polycentric gateways rather than categories and sovereigns. Can you further expand on that?
Hierarchies are a difficult subject to discuss, as they concern the order of knowledge and of vision: one could read Foucault forever. We could ask Simon Vincenzi: he created the image of the gateway, which is what he wants to build inside Palazzo Pezzoli, a semi-abandoned place. He is also the creator of a certain discipline of relinquishment, of a knowledge that, in this case, ties itself to the figure of Dionysus, a god which would reveal the secrets of the cosmos only when drunk. Dionysus was a marginal deity,  never completely accepted by the citizens of the polis. This is how sovereignty dissipates and our control over ourselves and our territory decays. Polycentrism is the matrix around which we have built this edition of the festival. It’s like dismembering a body and hiding the pieces away in clandestine shelters.

How does Live Arts Weeks intend to reflect on the enchantment of the context in which it operates? How is it meant to resist this certain psychic sovereignty and its biomediatic time?
The lunar aspect, the earthshine we touched on in our introduction to this edition of Live Arts Week, is the doubled reflection of an illuminated body that is itself a source of illumination. It suggests the possibility of adopting enchantment as an outlook. Marcelo Evelin’s position is interesting here: he states that there is no such thing as absolute evil. Rather, work must be done on the origins of evil, not its consequences. Simply put, there are no phenomena to demonize; on the contrary it is a question of assuming a demonic position, like the possessed. It’s a worthy position, especially considering Evelin’s origins: a suffering Brazil which responds with a vital force that we must be able to recognize. We will get the chance to experience his performance in one of the dungeons underneath the city. There is a demonological discourse, which has historically determined a certain principle of organization, which does not concern dominion over the earth, but enumerates the rungs of an ascensionalist ladder. Giordano Bruno wrote that “this ladder’s height is determined by the grades of the intermediate creatures.” Near the top of this ladder we would find the serene contemplation of Catherine Christer Hennix, follower of Parmenides. Another gateway built by the simple emission of a sound.

What is the representation that the constructed identity of Gianni Peng wants to bring forward? And what is Gianni Peng’s imagination and expectation for a desirable future?
Gianni Peng is what was found by chance, a gimmick. He/she speaks the idiom of non-belonging, and for this reason he/she could belong to anybody. There is an ongoing dialogue regarding the collective cure we are missing, because we only cure ourselves or somebody else. Which is the same thing. Peng feels very lonely, but this year we found him a friend: Doro Bengala.

Xing is a cultural organization based in Bologna, operating with the purpose of planning, supporting and promoting products and events characterized by an interdisciplinary approach toward the issues of contemporary culture, with particular attention to generational tendencies and new languages.
Editorial Staff
bolognafestivalLive
Dance To Transcend

Dance / Performance
Michele Rizzo's HIGHER xtn. invaded the museum with a celebration of the nightclub, as a space for self-expression and communion
Comradeship, Love and Heroic Constellations

Essay / Politics
A proposition for radical love, a call for radical heroes, in the name of social justice and anti-fascist resistance