The temporary community that makes the public space

House of Displacement is a four-day festival curated by CampoBase, addressing the  shared contemporary condition of displacement, through an immersive and participatory approach. Displacement is the condition experienced by the group that founded CampoBase, the curatorial platform hosting the festival. Based in different cities, in February 2019 the members of the collective decided to establish a physical place in Turin, around which to gravitate on variable orbits. House of Displacement is the final project of Campo18, course for curators promoted by Fondazione Sandretto Re Rebaudengo with the support of Fondazione per l’Arte Moderna e Contemporanea CRT.

In movement, mobility and in the flow of things and individuals Thomas Nail identifies the element that characterizes the essence of our age, as the very description of life in the XXI century, founded on a shared experience of reality in which mobility, displacement, and instability exponentially increase. Displacement is a very broad theme that can be read from multiple perspectives. Generally speaking, it refers to a relocation from one point to another in space. It pertains to a feeling of alienation and disorientation dictated by various—economic, political and social—factors that define our way of being in the world, from a point of view that is not only geographical but also based on work, existence and gender.

Surely, displacement is a common perception in the daily working experience, particularly within the creative-cultural field, a real testbed for the post-Fordist production transition. In fact, the precariousness of work is one of the most incisive consequences of the neoliberal triumph, having direct repercussions on existence itself. As Franco “Bifo” Berardi notes, this precariousness in the sphere of social relations leads to increasingly bitter forms of competition among workers, especially cognitive workers, in substitution of acts of solidarity. The choice to give oneself space and time, both metaphorically and literally, represents nothing but a strategy to face the phenomenon, where the triggering of  collective processes such as speculation, design, decision-making, and action becomes a threshold to the curatorial practice at large. 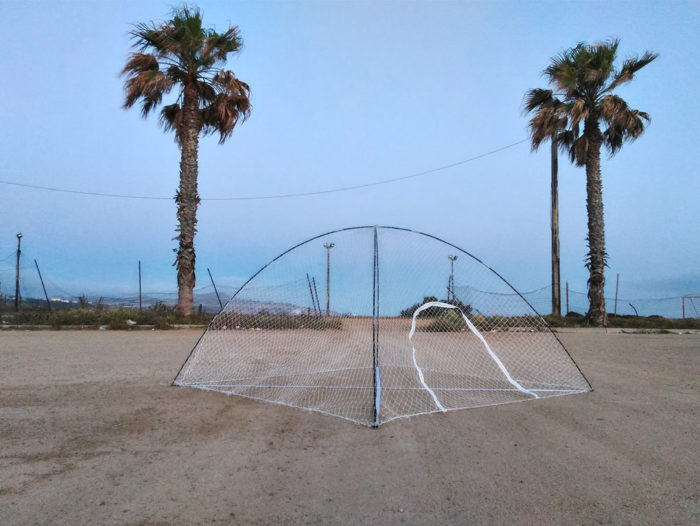 In a succession of performative, theoretical and artistic interventions, House of Displacement responds to the need to place the action in a wider context, to make it resonate with its surroundings, through the interaction with the geographical and the temporal, but also the practical and linguistic dislocation of processes rather than looking at single events as a series of modular entities. Therefore, the festival unfolds as a series of collective micro-experiences taking place beyond the scheduled program. Throughout its duration, the project aims at building a wider welcoming platform—hence the household dimension—where to activate both research and experiment discursively the characteristics, limits, and potential of the very condition of displacement, considering CampoBase as a “quiet space” where to act and build collectively; House of Displacement works in a similar way, yet expanding the framework.

The attempt is to explore new ways of experiencing this displacement, through a non-hierarchical approach between theoretical teaching and artistic research. The public is invited to live and experience this condition in different locations around the city, in a shared belief that every shift effectively produces knowledge. The festival takes place in an area of ​​the city of Turin that covers the neighborhoods of Aurora, Borgo Rossini, Vanchiglia and Porta Palazzo. The decision to confront the paradox of a House of Displacement immediately collided with the contingency of having to build this house in a city like Turin, with its own urban, social and economic history. If the core assumption is that it is possible to build a House of Displacement anywhere, the direct experience with the city has led us to consider as spaces of action places subjected to processes of urban regeneration and gentrification, thus of oscillation in the housing and economic structures, that have over time changed their function or have been reconfigured. The festival touches also specific locations that built their identity on the attempt to re-inhabit and reactivate disused means of transportation, as well as residential areas, or a bar rescued from years of neglect. 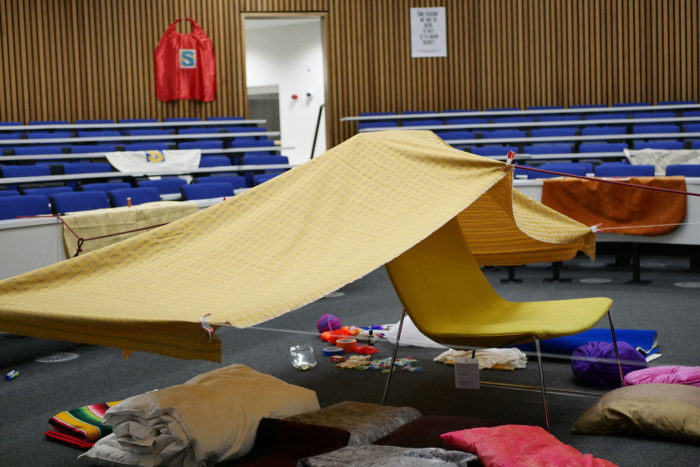 The Do Nothing Club, workshop at City University, Londra 2018, UK. © Alessio Mazzaro

As a meeting point between artists, venues and public, CampoBase acts as a connector, as the hospitality intrinsic of the curatorial practice entangles the involved artists, artworks, spectators and institutions, by temporarily gathering objects and people in one (and several) place(s). The curator acts as a facilitator, by offering a physical and material support, by easing occasions of meeting and exchange, by creating relationships and by constituting a shared space of common commitments and rules. It has been particularly relevant to reflect in this sense on the thin line between the roles of guest and host, often reversed in their dynamic relationship. A basic ambivalence animates the hospitable condition of showing and sharing with the public.

In this process of roles’ hybridization, the public is invited to actively participate and become the co-author of any staged situations. Consequently, the shared experience does not present itself as something that can potentially emerge from the meeting set up by the curator, but as its own product, and as a result of a process of interaction. As such, the festival structure includes artistic interventions, theoretical meetings and moments of mediation so to open transdisciplinary perspectives. Comparison and public exchange are the basis of CampoBase’s discursive approach meant to establish some sort of collective subjectivity, as Jan Verwoert writes in Gathering People like Thoughts, “the material process through which a particular form of consciousness is generated in art and thinking, a form of consciousness that is temporarily hosted by the work, body or space that generates it.” This process of construction of shared meaning is based on the performativity of a specific act articulated in the dimension of producing and provoking reality, of transforming it through the use of words and visual means. 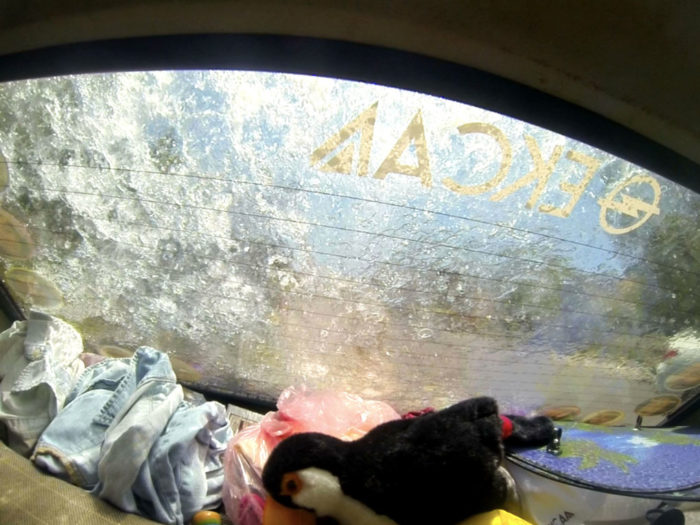 The artistic context is not identified within a public space but is rather the public space in itself that is set forth by the presence of a temporary community and by spaces of mediation. The curatorial work conceived by CampoBase is a “dynamic field” at the same time ephemeral, lively and transformative, that creates a temporary reality connected to many other realities, thus allows the works of art to be experienced not like autonomous entities, but within their own enactments, their own lives always in relation to others, as described by Florian Malzacher in the essay Feeling Alive. The performative potential of curating, collected in Empty Stages, Crowded Flats. Performativity as Curatorial Strategy. To Inhabit the displacement means to create the material conditions for this possibility, within the framework of a festival meant to become an experience shared by all its participants.

By reasoning and articulating a new significance on the theme of displacement, CampoBase looks for a shift—a different awareness in relation to this contemporary condition that does not limit itself to critically observe its complexities, but to design altogether new opportunities for action. 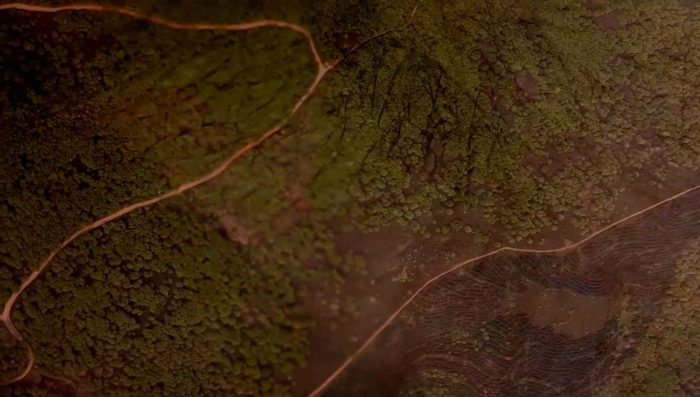 The festival opens with a double intervention, one by Alessio Mazzaro and Fiona Winning, and the other by Lucia Cristiani. Mazzaro and Winning set up the Do Nothing Club, a place where literally “do nothing” together, remaining as long as possible inactive. On via Reggio 14, an old Opel Ascona is the protagonist of the project in two acts by Cristiani: getting into the cockpit means continuing the journey, moving while remaining still.

On the second day, a theoretical contribution by Tommaso Guariento at the Tram of  Progetto Diogene Project and the inauguration of the exhibition, curated by GAPS, at Monomono bar, in Via Reggio 4. Tommaso Guariento conducts an epistemic research on the concept of space, investigating the neo-medieval character of the contemporary one. Through the video and radio works by Marcel Darienzo, Super Sohrab and Tarxun, the curatorial collective GAPS examines the ways in which the linguistic crisis implements moments of suspension and potentiality, and reflects on the reiteration of speech as a tool for shifting meanings.

The day after Corinne Mazzoli and Ilaria Salvagno’s performances are followed by the second act of Lucia Cristiani’s intervention, and a talk held by Andrea Staid and Matteo Meschiari. The urban performance by Corinne Mazzoli in collaboration with Ilaria Salvagno reacts on the global phenomenon of urban fencification, starting from the double meaning of the title: the wall represents limit, division and forced cohabitation but it can also disintegrate and recompose freely in a play of colors, dance, and movements. Lucia Cristiani literally moves the audience to a secret location to implement the final chapter of the Opel Ascona’s story. Andrea Staid and Matteo Meschiari at the Tram of Progetto Diogene deconstruct the certainties of living in the so-called “first world” in a journey through the most diverse living experiences between Europe and the United States.

The final day sees an artistic intervention by Vanessa Alessi, a talk with Kabul Magazine and an experimental abstract music project conceived by Jacopo Foglietti. Vanessa Alessi creates the conditions to destabilize our bodily and mental habits, confusing the limits between public and private, domestic and foreign, intimate and exposed, through a series of diagonal projections. At the Tram of Progetto Diogene, Kabul Magazine proposes a conversation on “kinopolitics,” analyzing some case studies and discussing the idea of ​​movement as a key condition of contemporaneity. At Imbarchino, Jacopo Foglietti probes the relationship between sound and temporal perception, to create special moments where time slows down and listening becomes a stimulating and regenerative experience.

CampoBase is a temporary space founded in 2019 by the curatorial collective composed of the participants of Campo18, the course for curators at Fondazione Sandretto Re Rebaudengo. CampoBase adopts discursive practices and experimental approaches. Its program includes workshops, events, exhibition projects and formats.
CampoBasemeetingTorino
Curating Contexts